On this day in 1973, Ken Norton wrote his name in sporting history. Not a soul in attendance, even in his adopted hometown, believed Norton had a chance of beating Muhammad Ali when they met in San Diego 49 years ago, except Norton himself. In fact, thanks to a book he was given, he’d been pretty damn confident he could whoop Ali for a while.

Ali had only tasted defeat once in the ring at this point in his career, at the hands of the great Joe Frazier, and although he’d have more glittering nights in the ring to come, he was already being considered by many as the greatest boxer to ever lace up a pair of gloves. Ali’s entrance was typically befitting of a man at the top, as he made his way to the centre stage wearing a white, silk robe that had ‘The People’s Champion’ stitched onto it and was encrusted in rhinestones. It was a pre-fight gift from Elvis Presley, from one king to another.

“Muhammad Ali, it seems to me, has taken Kenny Norton more lightly in the pre-fight build-up here, than any opponent I’ve known him to fight,” said legendary broadcaster Howard Cosell on the commentary. Norton, on the other hand, had prepared extensively both physically and, most importantly, mentally.

“Life's battles don't always go to the stronger or faster man, but sooner or later the man who wins is the man who thinks he can," Norton would often tell himself. It was an adage he had learned in a self-help book that would change his life forever, entitled ‘Think & Grow Rich’ by Napoleon Hill. Reading this 14-chapter life manual over and over again, front and back,  ultimately awoke a beast deep within Norton. Ali once famously said that “impossible is just a word thrown around by small men,” - after reading Hill’s book, Norton believed that sentiment more than anyone.

As the bell rang for the opening round, it was clear that Norton was much more than the ‘ham-and-egg’ fighter many had considered him to be. Not least of all Ali. Taking his coach Eddie Futch’s advice (also Frazier’s trainer at the time), Norton played to the partisan home crowd and attacked Ali from the off, causing the former world champion to look anything but ‘The Greatest’. 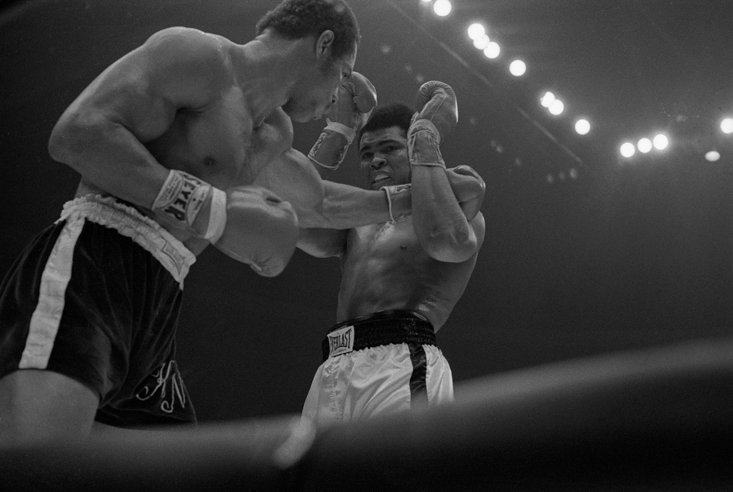 Norton, whose career in boxing began in the Marine Corps, struggled with big punchers throughout his career (George Foreman and Earnie Shavers, for example) but he excelled against boxers like Ali and Larry Holmes and knew how to drag these fistic wizards into the depths of an all-out war.

Depending on who you believe, Norton either broke Muhammad Ali’s jaw in the first round (according to Ali and trainer Angelo Dundee) or in the eleventh round (according to Norton) and through an array of left hooks and crunching rights, in a razor-thin fight, the man they called ‘The Jawbreaker’ had shocked the world, and earned a split decision win over Ali, claiming the NABF heavyweight title in the process

As ‘Think & Grow Rich’, which Norton later credited for his seismic win, taught, “Whatever the mind of a man can conceive and believe, it can achieve.”

The Ali fight came at the perfect moment for Norton, giving him a career high payday of $50,000 (a $42,000 increase on his previous best). “At that point in my boxing career I was not making enough money. There were times that a gourmet meal for me and my son was a hot dog.

Ali would win two more subsequent fights against Norton, the first, sixth months after the initial fight in California, and a third in 1976 at the Yankee Stadium in New York. Ali may have triumphed in both those fights but Norton gave him Hell all the way to the end and could, perhaps should, have won all three. George Foreman, who fought both Ali and Norton, said in the documentary Facing Ali that he doesn’t think Ali ever beat Ken Norton. He was simply Ali’s Kryptonite. 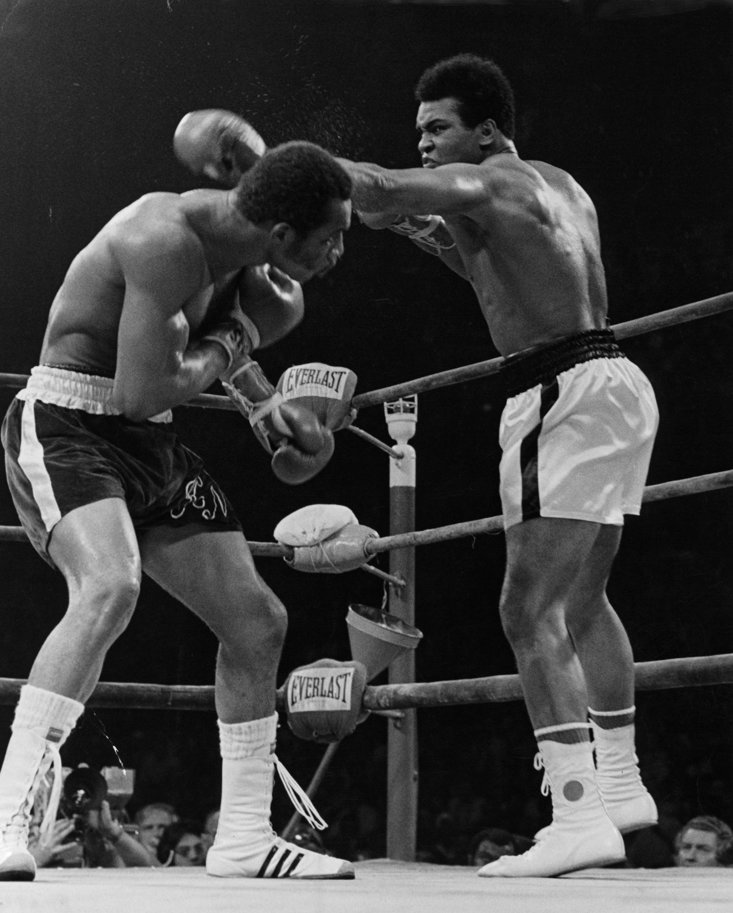 Norton, who died on September 18, 2013, is undeniably one of the most underrated heavyweight boxers of all-time (in 1998, The Ring magazine rated him #22 in their Top 50 Greatest Heavyweights) fighting at the heavyweight division’s zenith against the best fighters, not just of an era, but of all-time. And thanks to a bit of help from a book, he beat a few of them too.

He was a man who through the power of self-motivation became the hero of his own story and in so became a hero of boxing. In an era of social media, where there are as many motivational speakers on Instagram as there are ‘travel influencers,’ we’re bombarded with inspirational quotes on a daily basis but to little effect. But back in the Seventies, Norton proved that with the right self-help tools and the right amount of grit, courage and determination, anything is possible if you put your mind to it.

You could even beat Muhammad Ali.