Croatia were the underdog story of the 2018 World Cup. After dominating their group with three wins from three including a famous rout of Lionel Messi’s Argentina, they then went into the weakest half of a major tournament for a generation with serious hope.

They came through against Denmark on penalties, and then repeated the trick against hosts Russia which set up a semi-final meeting with England. We all know how that one ended. Croatia then played in their very first final, exceeding the achievements of the great team from 1998.

Ivan Rakitic and Luka Modric were key in midfield, Dejan Lovren and Domagoj Vida were heroic at the back, Ivan Perisic, Ante Rebic and Mario Mandzukic caused problems up front and they were a well-drilled functional unit led by former Al-Ain manager Zlatko Dalic.

So what has changed in the three years since their final appearance, and should Croatia be considered one of the favourites for the tournament? Well, the manager remains the same but just seven of the eleven players that started the 2018 World Cup final have been selected in the 26-man squad by Dalic.

Modric is as imperious as ever, Marcelo Brozovic and Perisic have both been vital components of the title-winning Inter Milan side and three of the back four - Atletico Madrid’s Sime Vrsaljko, Lovren and Vida are all still selected. In truth, the big omissions have been taken out of the manager’s hands as 2018 heroes Rakitic, Mandzukic and goalkeeper Danijel Subasic have all retired from international football.

That is perhaps the sign of an ageing squad with Modric, Perisic and the majority of the backline now well over the age of 30, however there are some new talents that will feature at Euro 2020. Mislav Orsic is playing the best football of his career, scoring 16 in 32 this season for Dinamo Zagreb and scored the hat-trick that knocked Tottenham out of the Europa League, while Marseille’s giant defender Duje Caleta-Car could break into the starting XI at the age of 24. 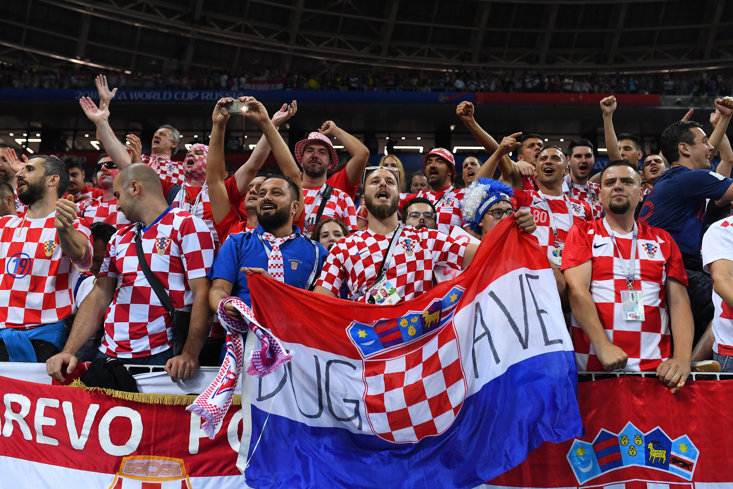 Uncapped Dinamo Zagreb defender Joško Gvardiol is the youngest member of the squad at 19 and this does seem like a squad that will need another overhaul after the 2022 World Cup. This summer however, they have a serious chance once again.

Drawn in a group against old rivals England, the Three Lions will be desperate to avoid a repeat of that semi-final, and the horror show at Wembley in 2007 that saw them fail to qualify for Euro 2008. Scotland will pose a tricky challenge at Hampden Park. Essentially they face two away games in front of raucous crowds which may work against them, but this is a squad that loves to dig in and fight, as we saw three years ago.

This is an experienced squad that should certainly have enough to make it into the knockout stages and as we saw in 2018, their penalty record is exceptional. Not only that, when it came to the key moments, players like Perisic and Modric stood up and were counted. Age isn’t on their side and their powers may be waning, but it would be foolish to discount the chances of the side that pushed France all the way in the World Cup final.

A squad full of nous and talent, with a manager who has experience winning big games in a major tournament, Croatia will be back at Wembley for the opener - and don’t bet against them breaking English hearts once more.