Football
News
How Much The World Has Changed As David Moyes' Six-Year Manchester United Contract Finally Expires
Jack Porter
17:01, 23 May 2019

In April 2013, Manchester United won their 13th Premier League title, the last under Sir Alex Ferguson as the Scotsman subsequently retired after being the gaffer for the past 26 years.

From down the M62 came Fergie’s compatriot - David Moyes - leaving Everton after 11 years to take over at Old Trafford of the world’s biggest football club.

Now, we’re on the verge of witnessing the long shadow of Moyes finally, mercifully disappearing from Manchester United.

On July 1, 2013 he began his reign, an era that would last just 10 months. His tumultuous tenure has been well-documented. Though he began his tenure with his only top-tier silverware (the Community Shield), Moyes went on to collect more unwanted records than a hipster at a carboot sale.

Rivals Manchester City and Liverpool each achieved back-to-back victories, West Bromwich Albion - who only just avoided relegation that season - Newcastle United, and Swansea City broke their long-standing streaks of not winning at the Theatre of Dreams, and, most famously, Everton picked up their first win at Old Trafford in 21 years to go on and collect their first double over the Red Devils in the league since 1970. It was the Toffees’ second victory that was the straw that broke the camel’s back, and Moyes was out on his end, failing to complete a full season at the helm.

There was still the little matter of his contract though; something which remains to haunt the club long after his departure. The manager accepted a £7million compensation package from the club to leave before the end of the season.

As of the end of May 2019, there would have been just one month left to run on Moyes’ original six-year contract, to be concluded on June 2019.

Since then, Manchester United have had three more permanent managers, while Moyes has gone through three jobs, two sackings, and one relegation.

At the time of his sacking, the world was still blissfully unaware of Brexit and David Cameron was still British Prime Minister. Kieza’s Hideaway was the UK number one, the monstrosity that was Carpool Karaoke was nonexistent in those happy days when James Corden wasn’t hosting The Late Late Show and of course Donald Trump was still on The Apprentice and not sitting in The White House. B.B.King, Terry Prachett, Alan Rickman, Gabriel García Márquez, Ronnie Corbett, Fidel Castro, David Bowie, and Moyes’ former employer Malcolm Glazer were all still alive.

In football, Real Madrid were on the cusp of winning the first of their four latest Champions League trophies to add that haul. Since that April 2014, Burnley have been promoted, relegated, promoted again and qualified for European football and we’ve had two World Cups - one of which in England got to a World Cup Semi-Finals with talisman Harry Kane picking up the Golden Boot.

Manchester United have gone on to spend close to £600million in transfer fees. Another Premier League title hasn’t been forthcoming.

The Sportsman
@TheSportsman
✍️ Moyes signed a contract at United until 2019...
In that time he's managed them, Sociedad, Sunderland & West Ham with a year to spare. 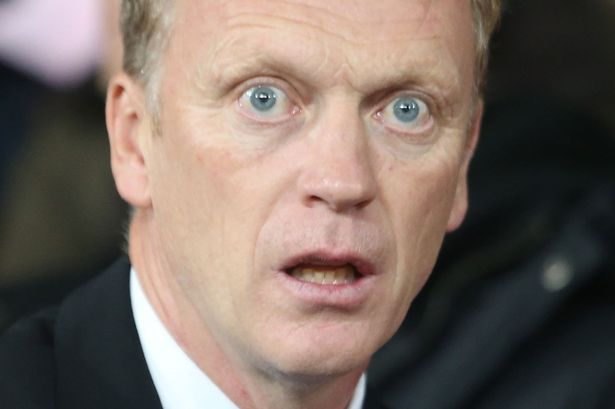