Coronavirus is seemingly here to stay – but what are the implications for sport and, in particular, for footie fans?

Well, Prime Minister Boris Johnson announced the government’s plan B on Wednesday night, new Covid-19 rules after worrying figures showed cases of the new Omicron variant have doubled every two to three days since it arrived on UK shores.

The under-fire PM’s plan means that sport and footie fans are now required to show proof of a double vaccination or a negative test to attend sporting events with crowds of more than 10,000 people in England.

The regulation comes into effect next Wednesday (15 December), so Premier League clubs up and down the country have been forced to gear up for the logistical nightmare of having to check every fan before they enter their respective ground.

It’s bound to be a very time-consuming process, but at least footie fans can still watch their beloved team in action.

There are four Premier League fixtures next Wednesday evening, with Arsenal hosting West Ham United at the Emirates Stadium, as well as Burnley, Crystal Palace and Brighton & Hove Albion all hosting league matches.

And judging by the average attendance at football these days, it looks likely that nearly 50 clubs are set to be directly affected by the new measures. 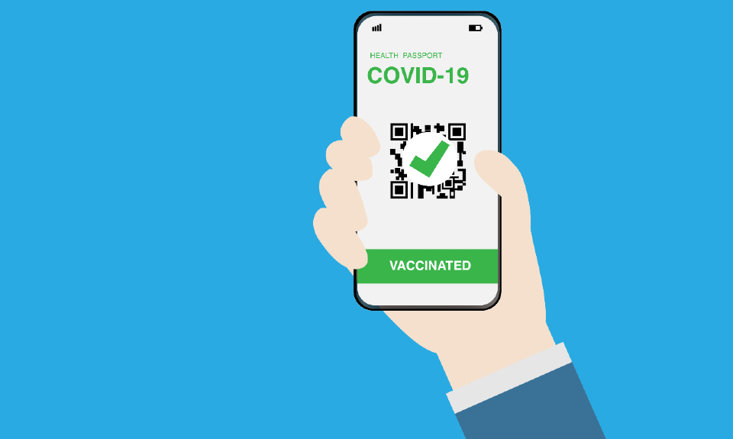 A VALID COVID PASS OR NEGATIVE TEST WILL BE NEEDED AT GAMES (IMAGE: LOUGHBOROUGH UNIVERSITY)

Seven of the 20 Premier League clubs average over 50,000 fans per home fixture, with latest newcomers Brentford operating at a healthy average of nearly 17,000 home fans since winning promotion.

And in the Championship 22 of the 24 clubs average over 10,000 supporters for a single home fixture. Only Luton Town and AFC Bournemouth average just below 10,000.

But the new rules to do not just affect supporters in the top two tiers, with seven clubs in League One averaging over the threshold.

Sunderland, Sheffield Wednesday and Ipswich Town have large fanbases, so the pressure to get things right weighs heavily with the clubs, even in the lower end of the Football League.

However, if clubs want to continue filling their coffers with valuable gate receipt money during the pandemic, they are obviously going to do everything they can to cooperate.

The worrying financial implications of the pandemic have affected many football clubs, particularly when coronavirus curtailed any action and seasons have being delayed.

And now the Football Supporters’ Association (FSA) has encouraged all supporters to look for information from their clubs, or any clubs they’re visiting, in the next week to familiarise themselves with any new protocols ahead of matches.

FSA chair Malcolm Clarke stressed: “From the earliest days of the pandemic we have always said that supporters should follow the expert advice of medical professionals and scientists.

“If those experts feel that public health is best-served by the introduction of vaccine passports or lateral flow tests for all large outdoor events, then we accept that requirement.

“We’d encourage clubs to work with local fan groups to ensure that any new procedures run smoothly and those with genuine medical exemptions are supported.”

As we know only too well, government guidance can change within a heartbeat, especially given Johnson and his boffins are being led by scientific data.

And it’s not just football which has to adhere to the new protocols, with Premiership rugby union, horse racing and the forthcoming World Darts Championship at London’s Alexandra Palace all affected on the day the new changes happen.

But for now at least footie fans can still look forward to watching their team and continue to enjoy live action.

How long that lasts for remains to be seen, so enjoy the action while you can do!