Rugby League
News
The resurgence of England's record try-scorer has been something to behold
George Riley
17:05, 17 Jun 2022

That, and of course his eye for a try, goes some way to explaining the remarkable resurgence of England’s all-time record try scorer.

The 34-year-old winger will start for his country again on Saturday, four years on from his last appearance and with an opportunity that just 12 months ago appeared unthinkable - to play in another World Cup.

During the time since his last international outing, the giant winger has endured injury hell on the other side of the world, been branded a failure by critics in the NRL, fallen out of international reckoning, and rebuilt.

In sport, as in life, it is not what happens but how you respond, and Hall has never once doubted himself.

“It really is satisfying, and because I’ve been away from a squad that I have been involved in for such a long time it is one of the most pleasing feelings I’ve had,” Hall tells the Sportsman ahead of England’s game against the Combined Nations All Stars.

“That phone call from Shaun Wane to say I’m still valued and wanted in the England set up was encouraging. I’ve always had confidence in my own ability and have shown that at my club this year and last. I’m back to playing every week after a time in Australia hampered massively by injuries. It was a rocky time for me. This is back to normality.”

Normality for Hall used to be winning things. As part of the famous Leeds Rhinos dynasty he won everything there is to win, including six Grand Finals.

His NRL dream with Sydney Roosters devastated by serious injury, an adventure curtailed and labelled a failure, before rebirth at Rovers in Hull.

His club coach at Hull KR Tony Smith – the man who handed Hall his professional debut as a lanky Leeds teenager  – predicted this stunning return to the international fold when he spoke to The Sportsman in March.

“Credit to Ryan for working his way back into contention and credit to Shaun Wane for not writing him off,” Smith told us. “When you deserve it you get the call up.” 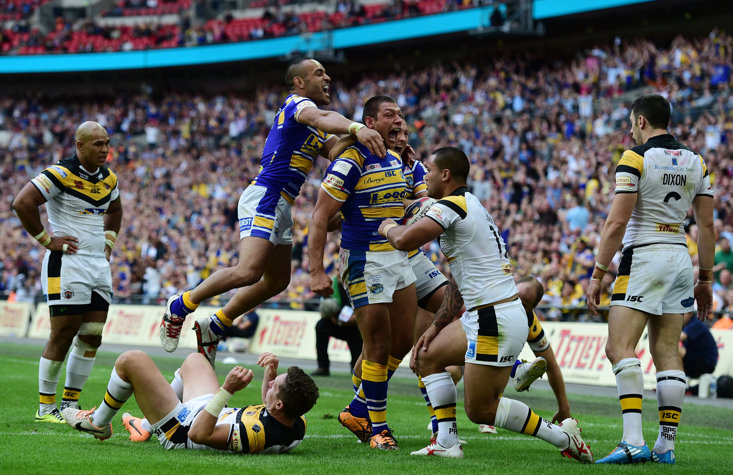 The Rhinos great admits himself that the Covid-19 pandemic has probably extended his England career, so far down the pecking order was he when the tournament was originally scheduled to take place last autumn.

“I wasn’t in the running for a shirt so selfishly it has worked out okay as now I am on the radar and will do my best to get the shirt at the end of the year,” he adds.

Hall is as honest as he is hardworking.

He knows his is a very specific type of winger – “I am definitely one style, so it depends what Wane wants. I’m hardworking which is tough as I’m a bigger build so it takes more energy. I’m not just a finisher, I like to do some grunt in the pack and help us lay a platform.”

Hall’s style is one Wane loves, and one the national coach always admired whenever Wigan played Leeds during his stint as Warriors boss.

Wane told The Sportsman this week that he will select players that he can see competing in a World Cup final against Australia or New Zealand.

And Hall knows other factors have helped too.

Covid delaying the tournament by a year.

And the recent surprise retirement of the man on the opposite wing to Hall in the 2017 World Cup final, Jermain McGillvary who would still have been a guaranteed starter.

With St Helens wing Tommy Makinson looking a certainty, that leaves Hall and Catalans flyer Tom Davies – of whom Wane is a big fan – eyeing that other starting spot in the autumn.

And as much as an international recall is testament to talent and hard work, experience is also now a huge selling point for Hall, in his role alongside skipper Sam Tomkins as the elder statesmen of this squad.

Wane admitted as much in March, citing his “experience and mindset” as invaluable for the younger members of the England squad.

Hall himself is more coy on what value he may bring in that regard, ahead of a potential third World Cup appearance.

Despite his staggering array of top-level trophies, he doesn’t want to be seen as the old-timer putting his arm around the next generation and stifling their natural progression.

“I don’t want to tread on anyone’s toes by doing that. Some of the lads in this team just have natural ability. They are young and are natural so I don’t want to start putting my arm round people as that may deter them from what they can do,” he says.

“They are natural players who don’t know how good they are yet, so I don’t want to start telling them what to do as that might put them off what they are naturally good at. They are in this team for a reason.”

Hall’s return sees England play the Combined Nations All Stars on Saturday before a warm-up game with Fiji in October.

Then it’s straight into the serious stuff.