The Russian invasion of Ukraine has cast a shadow over our world, with an uncertain darkness hanging over many aspects of daily life. This creeping dread has infiltrated the world of sport, as governing bodies, teams and athletes have reacted to the crisis. Here is how some of the world’s biggest sports are handling these difficult times.

FIFA and UEFA have both taken steps to remove Russian sides from their competitions. The world governing body has banned Russia’s men's team from their World Cup play-off matches next month, while the women’s side have been expelled from Euro 2022.

In a rare move, the two bodies gave a joint statement saying, "Football is fully united here and in full solidarity with all the people affected in Ukraine.". As well as the removal of the Russian national teams from competition, Spartak Moscow have been disqualified from the Europa League knockout stages. Their scheduled opponents RB Leipzig will receive a bye to the quarter-finals instead.

Chelsea’s owner, Russian oligarch Roman Abramovich, released a statement in which he claimed to be “giving trustees of Chelsea’s charitable Foundation the stewardship and care of Chelsea FC”. The implication is clear, but the actual details of what this means are scant. It remains to be seen whether Abramovich will actually cede any real control over Chelsea in the medium-term.

There has been further ramifications for the world of rugby, when FIFA were considering changing the name of the Russia national football team to ‘RFU’. The RFU is the name of the Rugby Football Union, England’s national governing body for the sport. Ultimately the plan was scrapped after complaints from the RFU, and as a result of FIFA increasing their sanctions to ban Russia from football competition altogether.

Boxing has found itself at the centre of the conflict, as the serving Mayor of Kyiv is former heavyweight champion Vitali Klitschko. Along with his brother, fellow former champion Wladimir, Vitali has enlisted in the reserve army to defend his country in the war.

The Klitschko brothers have been joined by current unified heavyweight champion Oleksandr Usyk, and former lightweight boss Vasiliy Lomachenko in signing up for military service. These warriors who have displayed their bravery in the ring will now fight their most testing battle yet. A battle for their country. 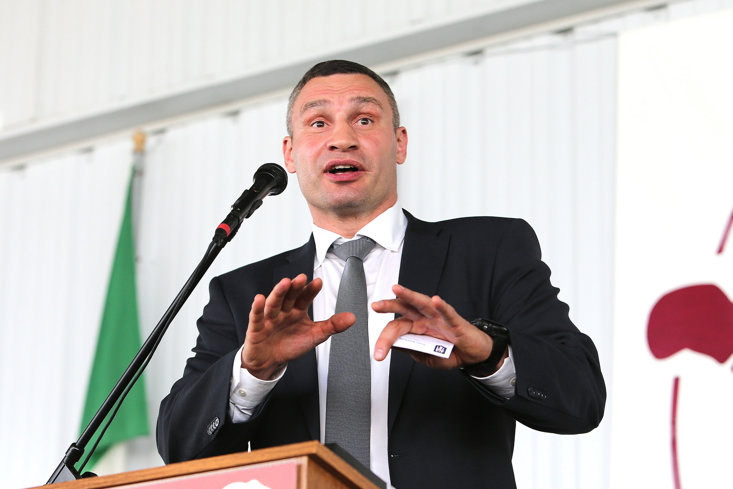 The Russian Grand Prix, scheduled for Sochi in September, has been cancelled. Reigning champion Max Verstappen, and four-time champion Sebastian Vettel had already publicly refused to race if the event had taken place.

The implications could be far-reaching for the Haas team. Their Russian driver Nikita Mazepin is the son of Dmitiri Mazepin, a close ally of Russian president Vladimir Putin. The elder Mazepin also owns team sponsor Uralkali.

Dozens more sporting bodies have come out against the Russian invasion. The country has had their Skiing World Cup events pulled, while the International Tennis Federation has cancelled all events due to take place there.

The International Olympic Committee has condemned the invasion of Ukraine, citing a breach of the Olympic Truce. Russia was scheduled to hold the European Curling Championships in November, but the event will now be relocated. The International Biathlon Union is allowing Russian and Belarussian athletes to compete, but only as neutral competitors and without displaying any national flags or symbols.

It is likely further sanctions will follow for Russia and Belarus, as the world of sport closes ranks in condemnation of their unlawful and inflammatory actions.