Rugby League
News
The Salford captain overcame a life-changing trauma before heading to the Betfred Super League
George Riley
12:50, 20 May 2022

Imagine being told that everything you had ever worked for had gone up in smoke.

Imagine being told that by a complete stranger.

Imagine that the perpetrator was your father figure, confidant and best friend.

Salford Red Devils captain Elijah Taylor has found peace of mind through forgiveness, following the devastating discovery six years ago that every cent the New Zealand international had earned had been stolen by his manager, a man who had become his guiding light after the passing of his dad.

“The only thing I could find as a remedy was forgiveness, and moving on,” he tells The Sportsman. “That wasn’t easy to come to but as soon as I’d moved on and left it then my life went back to normal. The tension, the envy, the anger lightened.”

The Sportsman spent a couple of hours in Taylor’s company this week, as the 32-year-old throws his weight behind Betfred Super League's Tackle The Tough Stuff initiative, to raise awareness of all aspects of mental fitness, using powerful personal stories to assure those struggling that you are never on your own.

Deep-thinking, softly-spoken, and an active listener, Taylor exudes the gentle reassuring wisdom of someone who has been to hell and back and wants to use the experience to help others tackle life’s tough stuff.

“The more stories that people can relate to from our game, then the more people will understand that rugby league players are not just these macho gladiatorial men. They are human beings who go through a lot of pressure. If players like me can bring more awareness then I want to help.” 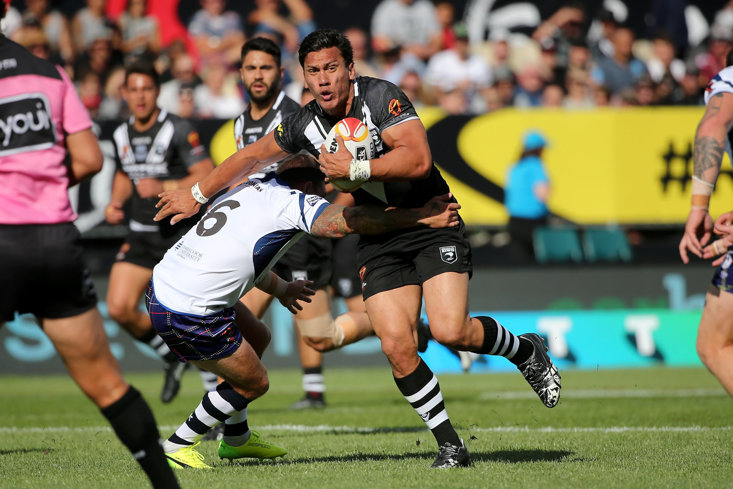 TAYLOR HAS APPEARED AT TWO WORLD CUPS FOR THE KIWIS

His own story is a remarkable tale of fighting through a tough upbringing to hit professional heights, the shock of seeing it all disappear, the complete loss of trust, the alignment with faith, and subsequent navigation of a thunderous mental storm to emerge at peace and still flying high in elite sport.

Taylor formed a strong bond with Ian Miles from his days as a teenager at New Zealand Warriors, confiding in his new father figure after dad died. The trust was such that Taylor was guided financially by his mentor. Indeed, Miles operated Taylor’s bank accounts through the huge success of his early career with the Warriors and Penrith Panthers in the NRL, paying Taylor a $4000 monthly salary and managing the remainder into investments for the future.

Taylor would pay his rent, buy food, and play rugby. Nothing else mattered. Any personal or professional setback was remedied by a call to Miles. From that was built the trust for their financial union.

It was only on receipt of a letter from his mortgage provider in 2016, advising that Taylor had fallen behind on his payments, that the alarm bells started ringing. He called the bank and headed in for a meeting. The bank manager came straight out with it. Over $200,000 had disappeared, in over 900 unauthorised transactions. In short, every cent from his NRL career had gone, spent by someone he thought was a father, but was actually a conman.

“I’ll never forget the day I found out at the bank. I felt sick, disbelief, a person I trusted so much. Coming to terms with that took a long time but I felt that it was ruining my day thinking about it, it was getting me down, hurting others around me. It was just not a good place to be mentally.”

The road to forgiveness, however, is not an easy one. In fact, Taylor knocked on many doors along the way before reaching his chosen path. A criminal investigation, court case, lawyers, they all found in Taylor’s favour, but with Miles declaring himself bankrupt, the money was gone. “There was no remedy other than forgiveness and walking away. And I finally got the peace from that.” 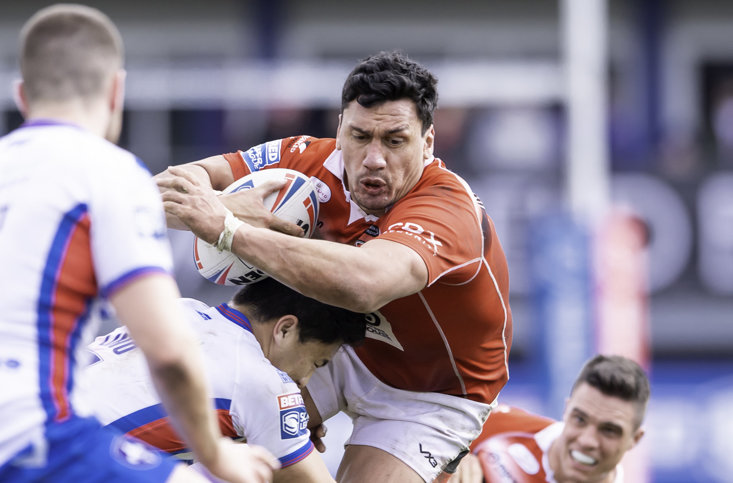 TAYLOR AND HIS SALFORD SIDE FACE CASTLEFORD ON FRIDAY NIGHT

It is an attitude that even his mates struggle to process.

“A lot of my friends said there was no way I could forgive someone who stole all my money, no way. I just said forgive and move on. Because the more you dwell and simmer, the more it stirs you up. It is not a positive way to spend your days. It was a tough experience but you get stronger and it builds your character.”

Taylor’s resilience and attitude to adversity may have been rapidly rebuilt and strengthened by this life-changing trauma, but he believes most of the work in building a mindset is done in childhood.

“I had a pretty tough upbringing and that has helped me prepare for some of the setbacks that I’ve had in my life. I’ve adapted. My old man was really hard, really tough on me and how you are raised prepares you for how you handle the storms when you are older.

“Life is unpredictable, life will throw curve balls at you that you didn’t see coming. Sometimes you think you are in control and then something can catch you that you never thought might happen and never could have been prepared for.”

In partnership with independent charity Rugby League Cares, the Tackle The Tough Stuff campaign aims to highlight some of the most pressing issues surrounding mental and physical health. It runs throughout this week alongside an entire round of Betfred Super League fixtures including Taylor’s Red Devils against Castleford Tigers on Friday night at the AJ Bell Stadium.