Football
News
How The Pozzo Family Gave Watford Their Swag Back
Jack Porter
14:55, 17 May 2019

Due to their stable positioning since their promotion four years ago, Watford Football Club have undeniably become part of the Premier League furniture. What can be seen as marginal avoidance of relegation in the 2016/17 season that resulted in a disappointing 17th place aside, the Hertfordshire club have settled comfortably in the top tier, not particularly hounded by the prospect of the drop back into the Championship.

Put this in stark contrast to their previous stints in the top tier in the Premier League era, with previous promotions for 1999/2000 and 2006/2007 resulting in a single season stint in finishing rock-bottom, and a club that tended to meander around the midsection second tier with the odd sporadic promotion push.

In the 2018/19 season Watford have achieved their best ever result in the Premier League, 11th, narrowly missing out on a top half berth in the top tier and their best placed finish since the 1986/87 season, when they finished 9th in Graham Taylor’s last season in his first spell in charge.

However, this narrative has had to be subsidiary to Watford’s FA Cup success. With manager Javi Gracia they’ve bettered their three Semi-Final achievements in the past 16 years to reach their first final since 1983/84. The achievement marks the apotheosis so far of the ownership of the club under the Pozzo family, who have been in control of Watford since 2012.

Seven years ago the Hornets had just finished 11th in the Championship, just about reaching their first top half finish in five years. In that same period, the furthest the club had reached in the FA Cup was the fifth round.

The empire, then headed by patriarch Giampaolo, purchased the club in the summer before the 11/12 Championship season began. The person they acquired the club from, Laurence Bassini has recently been embroiled in the turmoil surrounding Bolton Wanderers attempts at survival. In 2011 however Bassini was fronting Watford FC Limited’s £440,000 takeover, with the club having been on the brink of administration two years earlier.

Today a weekly wage bill for the squad tallies at around £748,000, with the club valued at over £160million, with the club and the Pozzos being able to capitalise on the £4.5billion TV package sealed for Premier League clubs in 2015, the first season Watford came back into the top tier.

Since 2014 Giampaolo’s son Gino has been officially in control at Vicarage Road. Father and son have heralded the arrival of nine different managers in their seven years, settling with the current incumbent Javier Gracia who can now claim the longest tenure of any manager since Gianfranco Zola - the Pozzos’ first appointment in the role to take over from Sean Dyche - and Gracia being the only one so far to have been granted a contract extension by the hierarchy on top of his original deal.

After procuring Watford, the Pozzos became the first family to own clubs in the English, Spanish, and Italian top flights with the purchase of the then-Championship side.

However this shared interest drew the English Football League’s ire, with Watford signing a total of 14 players on loan from their ‘sister clubs’ also under the Pozzo banner, Serie A side Udinese Calcio (owned by Giampaolo since 1986), and Spanish team Granada. This deluge resulted in new sanctions being imposed, with the clubs of the Football League - including Watford themselves - voting unanimously to restrict the inundation of foreign loan players to a single club.

A stonking 10 players were initially brought in on loan from Udinese, and two - Daniel Pudil and Ikechi Anya - from Granada, with Watford progressing all the way to the play-off final, only to be beaten by Crystal Palace. The Championship Player of the Year that season was Matěj Vydra, a Udinese loanee to the Hornets who contributed 22 goals across the campaign.

The following season there was another loan signing from each of the two aforementioned foreign clubs, and two more from Udinese in the 2014/15 season they eventually gained automatic promotion back up to the Premier League.

Since then, the club has grown and improved exponentially, the synergy between Pozzo-owned clubs dissipating, and Granada was sold by the family in 2016 to Chinese firm Link International Sports as they slipped down into the Segunda División.

Despite the precariousness the stigmatic managerial merry-go-around the club would have been seen to provoke, the Pozzos have admirably maintained a tight ship with a clear, determined policy; procure young talent through an exceptional scouting system, grant them first team opportunities, and wait for the offers to flood in from clubs willing to spill the coffers. 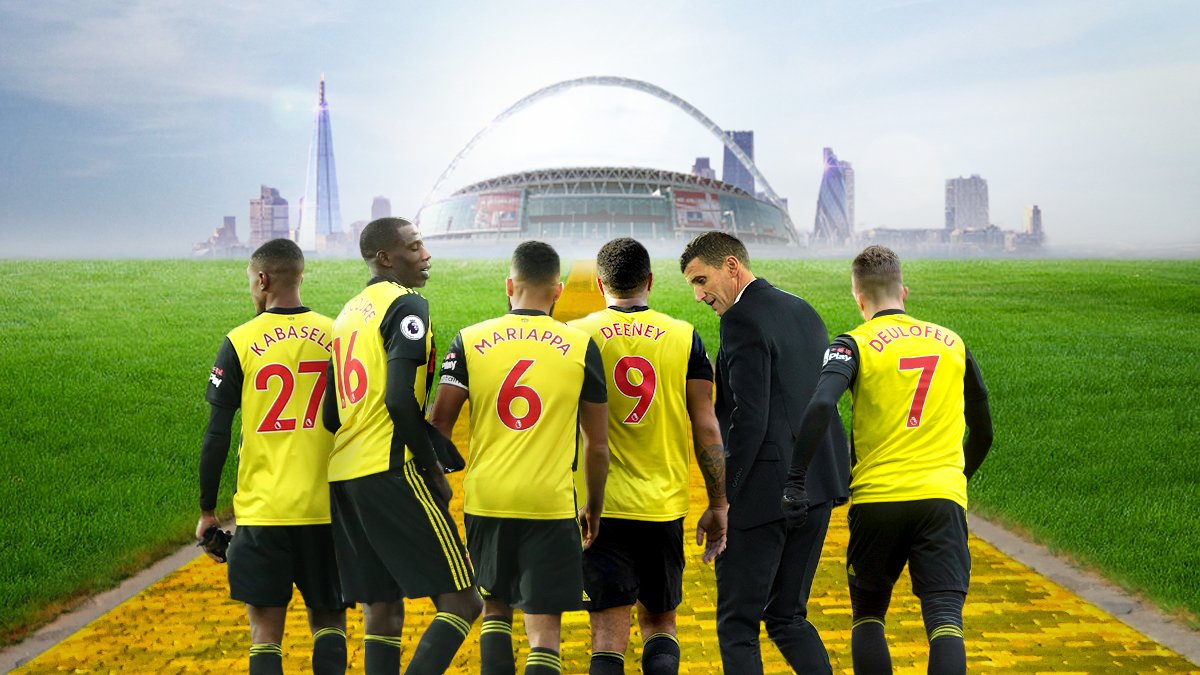 At Udinese this was exemplified by the relatively cheap Alexis Sanchez, the Chilean forward going onto have a career that progressed to Barcelona in a £25million move, then Arsenal, then eventually finding Old Trafford and earning close to half-a-million a week with Manchester United.

At Watford over a decade on from Sanchez, another South American in Richarlison lasted only a season before moving to Everton at almost four times the price he had been brought to Vicarage Road for.

It would be unfair to tarnish the scheme as simply being for monetary purposes for the Pozzo family. Unlike the familiar picture painted of numerous high-profile owners in the EPL, Gino Pozzo is said to reside in the area and reportedly frequents Watford’s London Colney training ground in St. Albans on an almost daily basis. Hands off he most certainly isn’t.

This is also not to say that the job for the Pozzo family is far from over. Watford were still one of the pundits and bookies’ favourites for the drop ahead of the 18/19 season, whether in part due to uncertainty and perceived instability brought around by their rapidly-rotating conveyor belt of managers, or lack of confidence in the squad currently assembled.

The FA Cup success however does more than complement their 11th place finish in the 2018/19. It even does more than hark back to the glory years of the Grahame Taylor era, long romanticised by many a Hornet. Reaching the final of the world’s oldest association football tournament epitomises how far Watford have come in a decade when all could have been lost, and it is the Pozzos that Watford fans everywhere should panegyrize when this achievement is looked back upon.