Call in sick, make a brew and unplug the phone (if you’re one of seven people in the world that still has a wired phone), because Football Manager 2022 is out today! Whether you’re a beleaguered Manchester United fan who is convinced he can do better than Solskjaer, or an FM veteran eager to gegenpress yourself from non-league to the Champions League final, today is like gaming Christmas.

Nowadays, Football Manager can be a daunting place. We have travelled far beyond the days where you would boot up predecessor Championship Manager, sign Taribo West and Cherno Samba and win the title in an afternoon. This most modern of management simulations takes time, dedication and persistence to master.

So you’ve downloaded the game, created your manager, perhaps even using your own face thanks to the photo feature. Move over Mario, shove off Sonic, we’re the stars of our own video games now. So how will you spend your first day in your new job as a manager? Read on for our top tips.

Sever ties with your family and friends

Save yourself the heartache of watching your interpersonal relationships erode, as you plunge more and more time into trying to steer Dover off the foot of the National League. Clearing your social calendar of these distractions will also help you get more games in. Your Mum still isn’t speaking to you after you swerved your niece’s birthday party last year to play an FA Cup Second Qualifying Round tie with Hemel Hempstead Town. Best to manage expectations and bin everyone off now. FM is your life now.

You need to be prepared for those cup finals, play-off finals and big European ties that are sure to be coming your way. Whether you’re an Armani manager or a George from Asda-type coach, it’s crucial that you dress to impress. A full club tracksuit, complete with baseball cap, is also acceptable. This look is known as “The Full Pulis”. 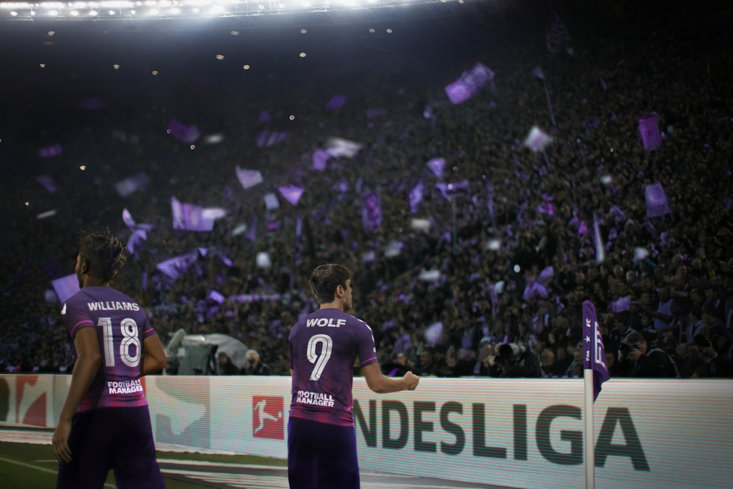 A crucial step if you are to realise your managerial ambitions is surrounding yourself with good people. The team you build behind the scenes is as important as the one you build on the pitch. Resist the urge to jump straight into the transfer market. The 37-year-old former Champions League winners will still be there after you’ve appointed a new fitness coach.

Clever appointments in your backroom staff can have an immeasurable effect on negotiations, team morale and the physical wellbeing of your side. It’s worth putting the time in to get a structure in place.

Here is the moment when you really find out what you’re up against. Spend some time looking over your players. Weigh up their strengths, weaknesses and potential. It is also worth delving into your age group teams, to see if any of your youth players are bubbling under and almost ready for a first team call-up.

Use this time to sketch out what you might need in the transfer market. While it can be great fun to jump into the free transfers and sign every player you’ve heard of, going in with a proper idea of what you require will pay off in the long run.

Go on then, you’ve been very patient so far. This is the fun bit. We would recommend sending the scouts out, armed with clear instructions on what sort of player will benefit your carefully-reviewed side. But we’re not the boss of you. If you want to sign WInston Reid and Willy Caballero for Real Madrid, who are we to stop you?

You’ve got the staff, you’ve assessed the squad and you’ve signed the players. Think you’re ready for the pitch? Right? Wrong.

Now you need to get these players working for you, maximising their strengths while hiding their weaknesses. This will be an ongoing process, so don’t put too much pressure on yourself to get it right straight away. Get a simple tactical structure in place, and from there you can hone it once you’ve seen how the team plays.

Set pieces are not the most exciting part of the game, but well worth your time too. A well-coached corner routine can get you a few vital extra goals a season. These marginal gains can be crucial in achieving your objectives.

Now it’s time to see your careful preparations out on the pitch. The fans are hopeful, your new central midfielder is nailing every single pass, your 19-year-old winger you’ve promoted from the youth team is causing havoc and wide and… you’ve just gone a goal down.

No problem, Rome wasn’t built in a day. All you need to do is… oh, they’ve scored again. Maybe if you change the tactics you can… 3-0.

So not every game will be your day. This most certainly isn’t. Unlucky, boss.

It hurts to lose. Let it out, it’s okay. You’ll get ‘em next time champ.

x
Suggested Searches:
The Sportsman
Manchester United
Liverpool
Manchester City
Premier League
More
esports
Football Manager 2022: The Ultimate Management Sim Is Back
Dig out your favourite throwing water bottle and prepare to demand more, Football Manager 2022 is here. [ ... ]
esports
Forza Horizon 5: Perfecting The Formula In Mexico
It was 2012 when Microsoft and Playground Games released their attempt at an open-world racer, borrowing [ ... ]
esports
Is eFootball Really The Worst Football Video Game Of All Time?
You’ve seen the memes, laughed at the glitches, and mourned its role in killing the iconic Pro [ ... ]
esports
Five Iconic FIFA Games: From The Dugout To The Streets
The wait is finally over, as FIFA 22 hits PC and consoles today. We have already test-driven the latest [ ... ]
esports
FIFA 22 First Impressions: How Does EA's Football Giant Measure...
The temperature has dropped, the nights are getting darker and the leaves are turning brown. You know [ ... ]
esports
Everything We Know About Pro Evolution Soccer's Transformation...
The Pro Evolution Soccer era is coming to an end. Konami has dropped the name and announced [ ... ]
esports
Take Your New PlayStation 5 To The Next Level With These Essential...
It is finally here, but are you ready? After the now traditional seven year wait, the new generation [ ... ]
esports
Insane Gaming Chairs For The PS5 And Xbox Series X To Take You...
The fridge is stocked, the controllers are fully charged and that shiny widescreen TV is glowing. The [ ... ]
esports
From Custom Garages To Classic Tracks, Get Ready For Gran Turismo...
Finding the best racing game for you, is akin to finding the perfect beer. The one that hits the spot, [ ... ]
esports
From Arena Building To A Revamped Career Mode, The 5 Best New...
Autumn has arrived in the Northern Hemisphere, meaning that the ‘holiday’ season of gaming [ ... ]
esports
From Fatboy Slim To Franz Ferdinand, The Five Best FIFA Soundtracks...
FIFA 21 is out this week and that means a fresh new soundtrack. Sure, we love the football, the gameplay [ ... ]
esports
Norris Drives On At 'Not The Australian Grand Prix' To Help...
McLaren driver Lando Norris might not have yet reached a podium position or recorded a fastest lap in [ ... ]
esports
A $500K Prize Pot & The Chance To Show Pros How It’s Done -...
The final showdown of the Formula One Esports series takes place on Wednesday and the winner will [ ... ]