Football
News
Newcastle's task would be much easier if all players are giving their all at both ends of the pitch
Conor Keane
14:37, 27 Dec 2021

Newcastle United welcome Manchester United to St James’ Park this evening and Magpies boss Eddie Howe could learn a thing or two from visiting manager Ralf Rangnick on how to make a mark as a new manager.

Both managers joined their respective clubs during the course of the season and Rangnick has so far been reaping better rewards for his efforts.

There are a variety of factors as to why the German has been more successful than Howe, and the most important factor is that he has far better players at his disposal. Yes, Newcastle have just become a footballing superpower themselves but it does not instantly make their on-field troubles disappear.

This current side has been starved of smart recruitment for years under previous owner Mike Ashley. As a result, the club have only had just about enough to get by in the Premier League. Howe will likely have an idea of the kind of players he would like to bring in with the fast-approaching January transfer window, but before that he has two games to oversee first.

The Englishman will have seen the effect Rangnick has had on the Red Devils since his arrival, and he will have been carefully studying the relentless pressing with which the Austrian has drilled into his players. To match Manchester United’s intensity, his players need to be just as aggressive in the press to try and beat Rangnick at his own game.

The issue that he has been struggling with over recent weeks is that his star attacker Allan Saint-Maximin has been a weak link in the side due to his reluctance to track back and support his side. This is providing a dilemma for the Magpies because the Frenchman clearly has an impact when he is on the field, but can leave them vulnerable. When he is out of the side, his influence is missed but for the sake of more organised defending. 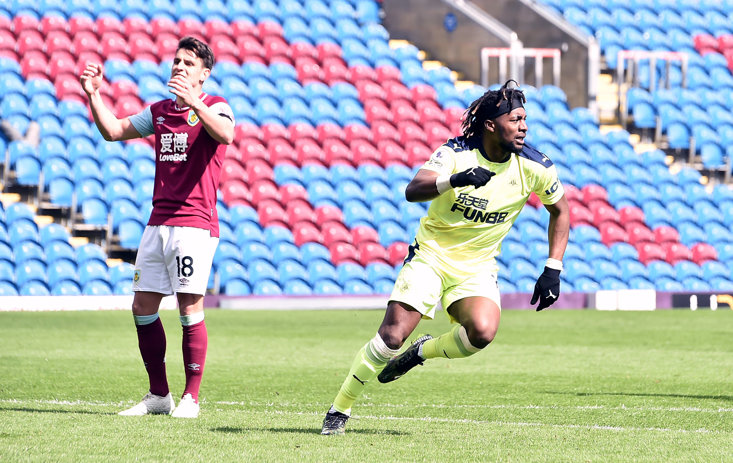 Everyone needs to work collectively, otherwise results won’t come. Both the winger and Howe could learn a few things from the style Rangnick has set out at Old Trafford in a bid to bolster Newcastle’s chances of avoiding the relegation trap door. A major boost toward achieving this would be to have Saint-Maximin working as hard for the team in defence as he does going forward. If Cristiano Ronaldo can do it, so can he.

There is no disputing the gargantuan task the Tyneside club have on their hands, but it could be made that little bit easier if all players are giving their all at both ends of the pitch and Saint-Maximin is no exception.

Newcastle are 11/2 to beat Man Utd with Betfred*