Rugby League
News
The Giants came up short in what was their best chance of winning the Betfred Challenge Cup since they last lifted it in 1953
George Riley
14:35, 02 Jun 2022

There’s often a very fine line in elite sport between success and failure. Failure, when you have thrown everything at something and still not been good enough, can shape an entire season. It can either drive you on or knock you back completely.

That is the spot Huddersfield Giants are in right now after coming up short in what was their best chance of winning the Betfred Challenge Cup since they last lifted it in 1953.

This though is a team on the up, a squad of players who will run through fire for head coach Ian Watson, and one that looks to have a realistic chance of making that final step up to challenge dominant forces Wigan and St Helens for a shot at the Super League Grand Final in four months’ time. 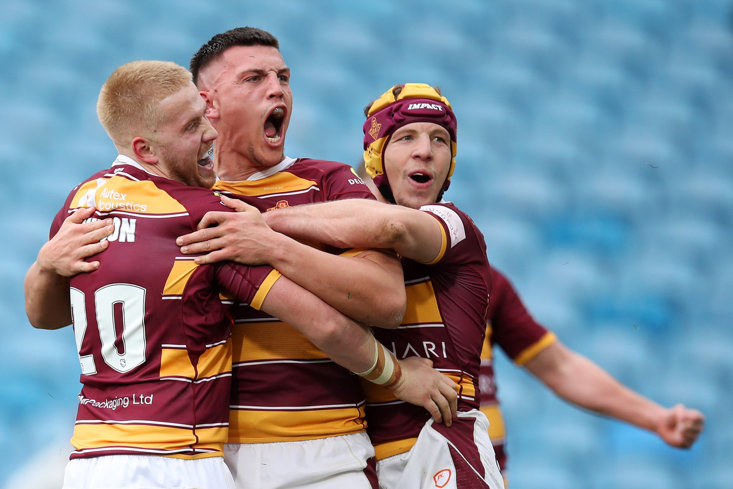 But the Challenge Cup disappointment was crushing. The job was pretty much done, the forthcoming win as deserving as the ensuing accolades for their coaching mastermind. Then Wigan showed their class, and history took a different path.

So how do the Giants now ensure this is a sign of things to come, the start of a sustained challenge, rather than the missed opportunity of a lifetime?

“It is hard to go to a Final, lose and pull yourself back up. The emotional collapse can be devastating,” Huddersfield legend Eorl Crabtree tells The Sportsman.

“I can’t believe we lost that game, it was gut-wrenching and feels like a huge missed opportunity. But it could also be the start of something special.”

Crabtree, a giant former England prop forward, and nephew of British wrestling legend Shirley “Big Daddy” Crabtree, battled to the 2006 and 2009 Challenge Cup Finals with unfancied Huddersfield, and lost both.

The one-club man never got another shot at it in over 400 club appearances, and never even made it to a Grand Final. Breaking the Super League stranglehold of St Helens, Wigan and Leeds is that hard. Outside of the big three, only Bradford have ever won it, and that last happened 17 years ago.

But this, Crabtree says, feels different. This Huddersfield side is building the foundations for a genuine challenge, rather than enjoying a lucky Cup run and then basking in that big-game experience.

“Emotionally picking yourself up is very, very difficult but I do think they are mentally very strong and I don’t think Ian Watson would allow any backlash, sulking or dropping off.

“This Huddersfield team is not far off the real deal and are closer to winning a trophy than we ever were during my career. 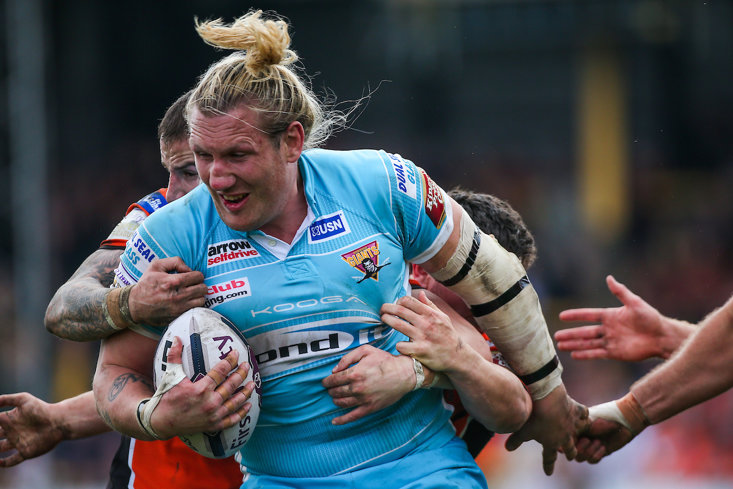 “This team can genuinely beat anyone. If we can get over the emotion of losing the Challenge Cup Final and keep our players fit, we will reach the playoffs and then there is no reason not to get to the Grand Final. Then it is just down to the lads to go out and win one match.”

So what are the ingredients behind the Giants’ leap to prominence, and how realistic is their shot at Old Trafford glory? For Crabtree, the science is in concentrating on the simple stuff, and working relentlessly at it.

“This team plays what you would call “semi-final football” in every match. What that means is very disciplined footy, kicking to corners, doing the boring stuff really well and then flying off the line to try and smash people. They are not giving penalties away, just a very fit and very disciplined team and that is what it takes to win big games and win trophies and this team will do that.”

To win silverware this year though will require luck, Crabtree believes, luck that escaped Huddersfield in London.

“I think this is probably a year earlier than expected in Ian Watson’s project. The fact we are already competing with St Helens and Wigan shows this team’s class.

“There is no reason Huddersfield can’t win something in the next couple of years and if we don’t then I will be very, very disappointed, especially given how we are playing at the moment.

“When you are playing with lads who are enjoying themselves, love winning, and playing well, then it just makes everyone step up. If Watson gets his recruitment right next season then I think they will be even better and could be a champion side.”