World ranked heavyweight Hughie Fury will meet Michael Hunter in a WBA eliminator at the AO Arena on the 2nd July. The bout will act as a stepping stone for a shot at the WBA ‘regular’ heavyweight championship, the dubious prize which Trevor Bryan and Daniel Dubois will contest on 11th June.

The Fury-Hunter bout is a fascinating one. It exists far away from the elite world of Hughie’s cousin Tyson, Anthony Joshua and Oleksandr Usyk. And yet, it is attractive all the same. Hunter has gone unbeaten since a 2017 defeat at cruiserweight to then-WBO champion Usyk. Fury meanwhile has quietly toiled in the shadow of his illustrious cousin, but never shirks a challenge and has fought an increasingly strong level of competition.

Life as “the other Fury” has not always been easy for Hughie. Living up to the best heavyweight of a generation while trying to compete in the same division was always going to bring pressure. It has also brought opportunity. He fought Joseph Parker for the WBO heavyweight championship in 2017, at the age of just 23. Fury’s best win at that point was over a shopworn Dominick Guinn, and it is fair to say he landed the world title shot more on name value than accomplishment. ‘The Fist of Fury’ lost by majority decision, but was judged to have done enough to win in some quarters. That assessment looked kind, but Fury proved he belonged at world level.

World level is largely where he has stayed in the years since. The 27-year-old has taken losses to long-time contender Kubrat Pulev and former world champion Alexander Povetkin. But he has also beaten solid fighters like Christian Hammer and Mariusz Wach in his last two bouts, earning this headlining opportunity in Manchester.

Fury has found success in decent company recently, but Hunter represents another step up in class. The American has fallen just short of world title level, but boasts decent victories over Alexander Ustinov, Martin Bakole and a split draw with Povetkin. At one time, ‘The Bounty’ was talked about as America’s next great heavyweight hope. That hasn’t quite worked out, and a draw with Jerry Forest, who has won just one of his last five bouts, last time out hasn’t helped his case. But at 33, Hunter is far from past it, and will present different stylistic challenges to the European fighters Fury has cut his teeth on. 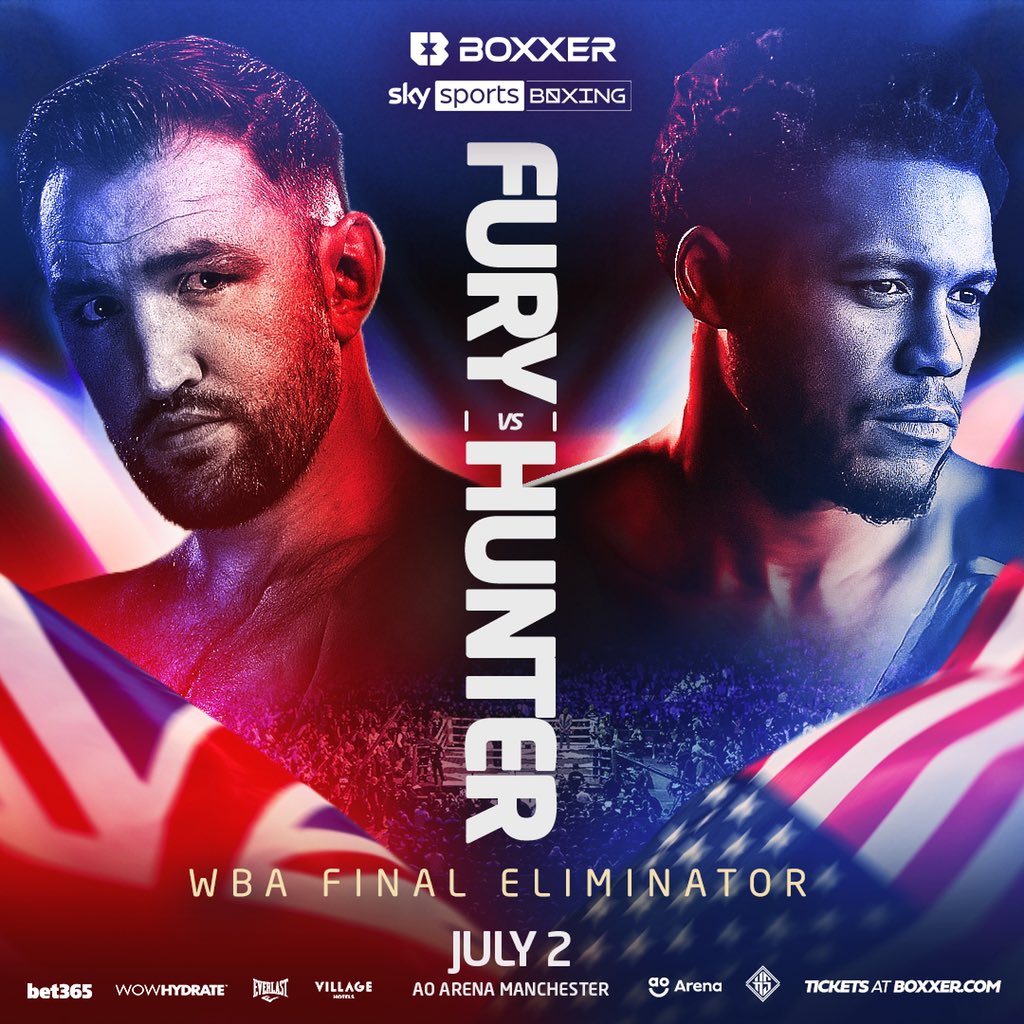 We have seen recently that heavyweight boxing does not have to be elite to be exciting. Luis Ortiz and Charles Martin contested a riotously entertaining battle back in January, while Alen Babic seems determined to stage the second coming of Gatti-Ward with every opponent he can find. The truth is that no matter what happens between Fury and Hunter, you are unlikely to see them next in line for a shot at the Usyk-AJ II winner. But the prize of a bout with the WBA ‘regular’ champion is on the line.

What that spurious title lacks in sparkle it makes up for in profile and a guaranteed payday. There is money to be made by carting the WBA’s faux-championship around, and Fury against Dubois would be an easy sell in this country. Equally, Bryan vs Hunter would shift some tickets in the States if both Americans prevail. The standard of the heavyweight division is so high these days that even the definitively second-tier operators can create interest.

What we have in Fury and Hunter is a logical next move for both, and an interesting fight on the night. This is a solid piece of match-making from Boxxer, and one with a built-in next fight for the victor. It is not often boxing makes this much sense. Enjoy it while it lasts.