Rugby League
News
The hooker says Tony Smith's style of play suits him down to the ground
TheSportsman
06:55, 04 Sep 2021

That attack has been a key factor in a genuine Robins play-off challenge, and for ex-Leeds hooker Parcell it offers the perfect environment for him to display his best qualities.

“Tony is awesome, he gives you a lot of confidence to play footy and not hold back,” the 28-year-old Parcell explains. “At the same time, he holds everybody accountable, especially in defence.

“But with the ball he gives you a lot of confidence, so that if you see something on the field he will back you 100 per cent, and it’s shown in the team, we can score some really good tries.

“With all the rule changes that have taken place over the last couple of years it’s all about playing ‘eyes-up’ footy, and I really enjoy the style of play over here.

“I think nines over here generally have a lot more freedom, and that’s a big reason that England has so many good hookers to pick from. The style of play suits a running nine, and personally I really enjoy that.

“The last couple of seasons have been a bit injury-disrupted for me but I was confident I’d had a good pre-season and I’m enjoying just playing footy again now.” 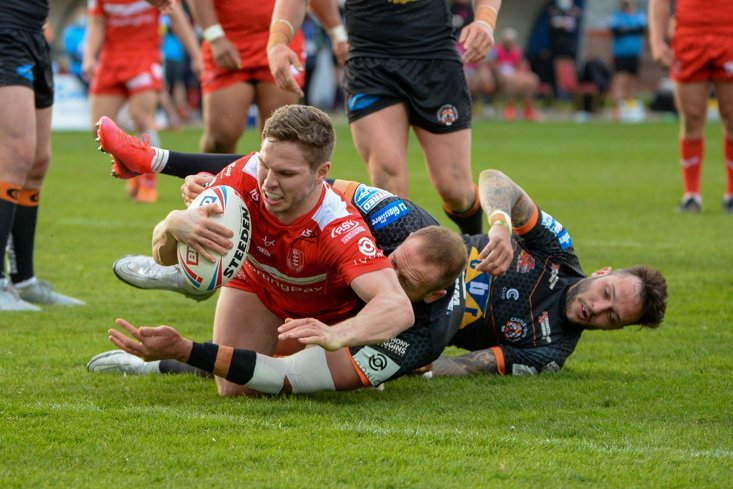 Rovers have emerged as the surprise package of the season, chalking up several notable scalps after an impressive close-season recruitment campaign added definite quality to Smith’s squad.

Now they are in the running for a top-six place come the end of the league season, and Parcell wants to ensure they don’t allow their hard work to date to go to waste - starting this weekend against Leigh.

He adds: “The team has definitely progressed this year. We were pretty confident going into the season about what we were doing, and just wanted to be competitive and play well as a team.

“We’d shown glimpses of what we could do last year, and Tony created a really good squad, environment and attitude.

“But at this point of the season now we need to kick on again otherwise it will be wasted - we’ve got to go full charge ahead.

“There’s been a lot of hard work put in to get us into the position, and the way the play-offs work over here, you only have to win a couple of games and you can make the Grand Final. For us, it’s now all about keeping the momentum that we've built up going, and working hard for each other.

“We had a tough game against Leigh the last time we played and everyone in their squad will still be playing for positions and opportunities.

“But our situation is that we just need to keep winning and keep our win percentage up.”