The international break was supposed to be the perfect opportunity for Manchester United to reset themselves after a rotten run of form. Instead, that run has been extended by a 4-1 defeat humbling to Watford at Vicarage Road.

The early going was scrappy, and it looked like United would pay for their poor start when they gave away a penalty. David De Gea saved Ismaila Sarr’s effort, but Kiko Femenia looked to have scored from the rebound. However, he was ruled to have encroached in the area and a retake was once again saved by De Gea. Watford did eventually go ahead, United old boy Joshua King giving them the leave.

Sarr compounded their misery just before half time, doubling the home advantage. Ole Gunnar Solskjaer made changes at half time, bringing on Anthony Martial and Donny van de Beek. His switches paid off, as the latter gave United a lifeline with a goal shortly after coming on. It was not enough to turn the tide though. Harry Maguire was sent off for a second bookable offence, while the Red Devils’ last real chance of parity saw Cristiano Ronaldo ruled offside.

Joao Pedro added a third late on before Emmanuel Dennis completed an utter humiliation. A damaging loss for a manager who has looked on the brink for weeks now.

There were twin-thrillers to be had at St James’ Park and Turf Moor. Both sides are embroiled in relegation fights, but Newcastle United and Burnley showed tremendous spirit against Brentford and Crystal Palace respectively. Both games ended 3-3. Jamal Lascelles scoring at both ends, before Allain Saint-Maximin notched a 75th-minute equaliser at St James’ Park. Benteke struck a brace at Turf Moor but it wasn’t enough to give Palace the win as Burnley battled back, Maxwel Cornet scoring Burnley’s third just after half time. 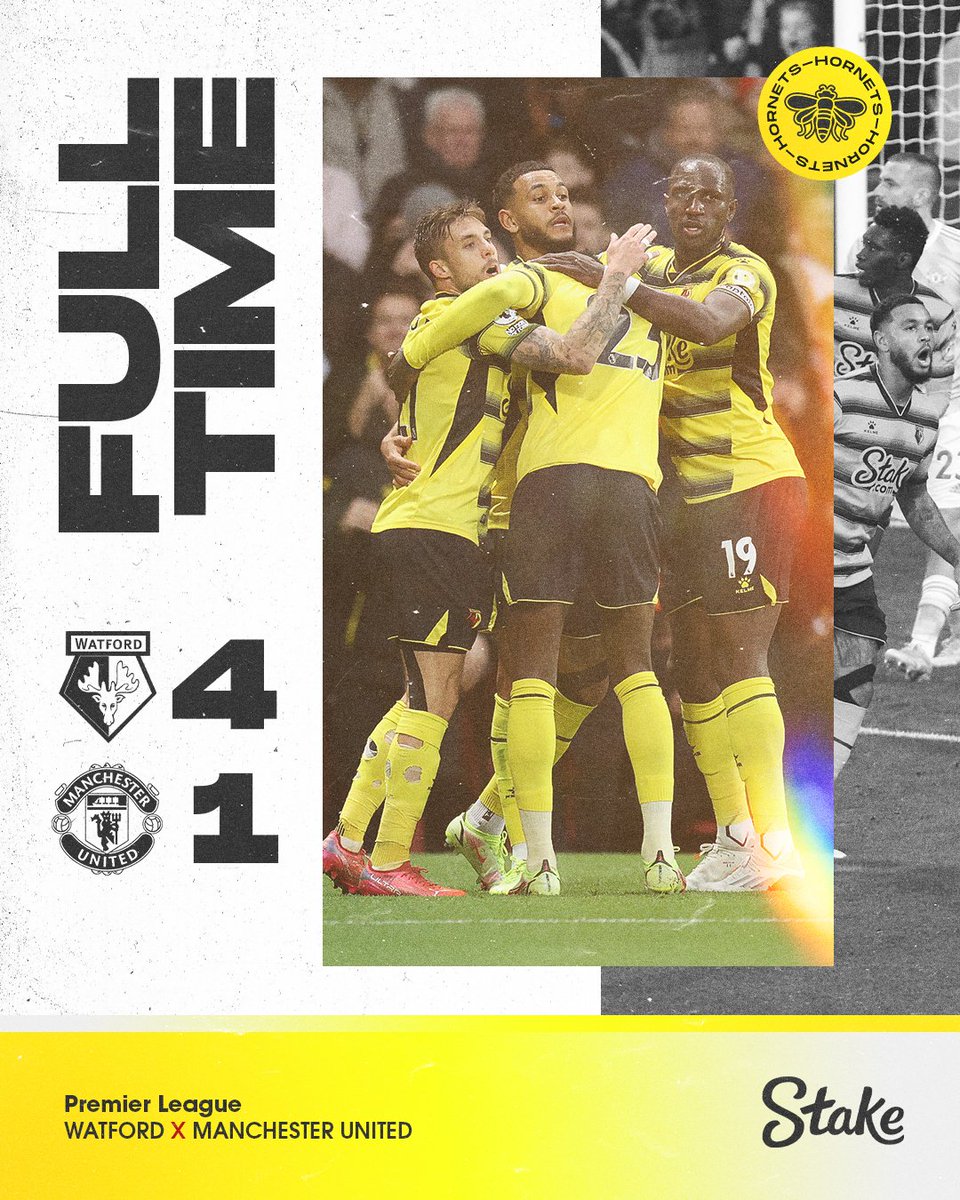 Steven Gerrard’s new side left it late, but found two goals in the last ten minutes to see off Brighton. Considering the goals flying in across the country, Gerrard’s debut in the Villa dugout was a rather sedate affair. The goals did arrive though, with Ollie Watkins scoring in his 50th Villa game, before his England teammate Tyrone Mings added some gloss to the scoreline.

Another debuting coach, Norwich City’s Dean Smith, got off to a winning start against Southampton. After a goal each in the first ten minutes, Grant Hanley settled matters eleven minutes from time to give the Canaries their second win of the season. Raul Jimenez’s 58th-minute goal was enough to give Wolves all three points at home to West Ham United, a shock result considering the form of David Moyes’ side this season.