Boxing
News
The Sportsman speaks to the WBC heavyweight champion of the world.
Joey Mills
14:03, 05 Oct 2021

“Boxing is not rocket science. It’s me going in there, punching a man's face in. That's it. No matter what he brings to the table, I'm still gonna punch his c**t in for him.”

Tyson Fury is many things, An advocate, an entertainer, a campaigner, a champion. But when The Sportsman spoke to ‘The Gypsy King’ less than a week before he defends his world heavyweight championship against Deontay Wilder, he had become just one thing: a fighter. The WBC, lineal and Ring Magazine king is supremely focused on the task at hand, as he prepares to face ‘The Bronze Bomber’ for the third time.

Wilder famously downed Fury twice in their first meeting, a points draw in December 2018, before the Englishman rose from the canvas in a moment that has since passed into folklore. If you think feeling the power of the American has instilled Fury with respect for his foe, think again. Wilder posted a picture of the 12th round knockdown with the legend “This time you won’t get up”. Unsurprisingly, Tyson was unmoved.

“I don't respond because I've not been on social media at all since I started training camp. No matter what Deontay Wilder says, it's not something of interest to me. Because I don't take the opinion of an idiot to be a serious thing. I look at Deontay Wilder like he's stupid, that's how I look at it. I don't look at him like he's a clever businessman, or a clever sportsman. I look at him like I look at that empty glass of water. As a sop with no brains.” 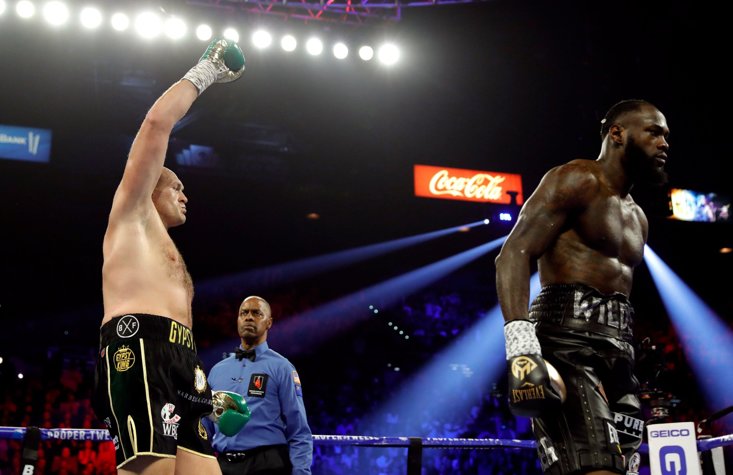 Despite this less than charitable assessment of his opponent’s mental capabilities, and the threat he poses in a boxing ring, Fury has prepared diligently for this fight. Trained once more by SugarHill Steward, who steered him into the second Wilder fight, the Mancunian boxer is promising an all-new gameplan.

Don’t expect too many special arrangements for Wilder though, as the ever-confident Fury backs himself to beat any heavyweight you can put in front of him.

“It doesn't really matter what opponent turns up, whether it's Deontay Wilder, or whoever else it might be. I'll adjust to the opponent on the night. I don't need notice on who it's gonna be. Whether they switch opponents on me with ten seconds to go. I'll adjust to whoever it may be because I’ve fought basically every style there is to fight. Tall, short, fat, thin, left-handed, right-handed, switch-hitters. I’ve fought them all. So there's not much that they can bring to a boxing match that I haven't seen before.”

Talk of challenging different heavyweights from different backgrounds naturally brings into focus the landscape of the heavyweight division. By Saturday night, we will be two weeks removed from Oleksandr Usyk’s stunning points victory over Anthony Joshua, where he claimed the remaining heavyweight belts not in Fury’s possession. Crucially, Tyson is not making the mistake many accused ‘AJ’ of, and refuses to look past his next opponent. “I’ll just think about the Wilder fight first, and I’ll think about whoever’s next after that. The landscape’s always changing in heavyweight boxing, that’s for sure. So whoever it might be at the time, that’s who’ll get a good hiding next.” 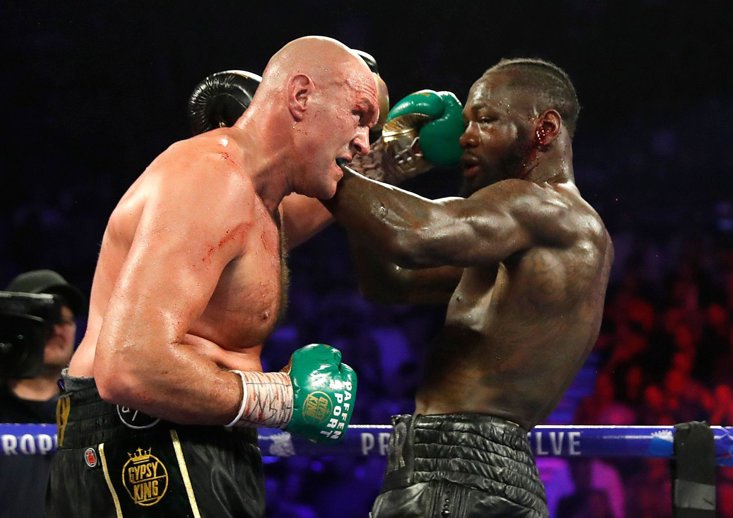 While it is wise not to look too far ahead, the undisputed championship is the ambition of most boxers, especially with the fractured sanctioning bodies making the achievement a rarity. Fury, never one to walk the well-trodden path, is not as enamoured with title unification as you might think.

“I’ve never really been interested in undisputed, I think that’s more of a Matchroom thing. ‘The Road To Undisputed’, sounds good on paper, maybe. I’m WBC champion, Ring Magazine champion, lineal champion. That's good enough for me. I’m not interested in the other belts at all. I’ve got the daddy here (taps WBC belt) and I've got the Ring Magazine’s at home, and I've got the lineal championship.”

Fury showed his resiliency in the first fight by getting up from the knockdowns, and his aggression in the second by stopping Wilder. Which Tyson Fury will we see in the third fight? Of course, the champion is giving nothing away. “You’ll have to watch it and find out won’t you, mush!”.