Football
News
The Tottenham Hotspur manager believes his side are on the right path heading into the new season
Hector Nunns
23:05, 05 Aug 2022

Who would have thought it? Ahead of the new season the hard-nosed, pragmatic serial winner Antonio Conte revealed that beneath it all he is just “a dreamer”. And he may say that, but given the mushrooming excitement and anticipation levels at Tottenham, it is clear that he is not the only one.

John Lennon did not have Spurs’ 2022-2023 season in mind when he wrote ‘Imagine’ - and mention the Fab Four around N17 and they are more likely to think of Harry Kane, Heung-min Son, Dejan Kulusevski and new £60million signing Richarlison.

But with Conte having worked through his initial reservations and won the key internal battles at Spurs, and then been backed in the transfer market with quality additions after such a strong finish to last season, it is all there for a strengthened and talent-packed north London side to kick on further after both domestically and in the Champions League.

The gap to Manchester City was 22 points last term and the 53-year-old Italian Conte is far too wily a fox to start making grandiose predictions about genuine title tilts. In his final press conference on Thursday before the home opener against Southampton on Saturday, he talked about patience, needing time, being on the right path and heading in the right direction.

But then, briefly, the mask slipped from the man that has won the Premier League with Chelsea, and Serie A with Juventus and Inter Milan. Conte said: “I have to be realistic - but I am a dreamer, for sure. We need to be dreamers, because if you are dreamers then that put together with the work can bring you something incredible in your life. In the past that has happened many times.

“But at the same time you have to be realistic and see the reality. It is good for our fans to be excited because if they see that we are going in the right direction with a good vision, that the club is totally involved in this project and process.

"And they are right to be excited - I am excited because I am happy and living this time with joy. We are going in the right way, and have started along a path. And if we are good to follow this path, we can reach an important level in the future.

“After only seven months if I start to speak about winning the Premier League and Champions League and this trophy or that trophy it would be presumptuous and arrogant. But from my experience I feel we have started a good path and must continue to follow this path, but it needs time and patience for the team to grow.

“We must fight to do our best to win something, and for sure we want to much better than last season. The first step was to improve the squad, the quality aspect and the medical aspect. We did these in good time and didn't wait until the end of the transfer market.

“That is nonsense because the coach needs good time with the players, to quickly bring them in and help them to adapt for the whole season.”

Conte insists that England captain and talismanic forward Kane has been one of the first to grasp the revolution in terms of tactics and approach. And he also acknowledged that a ‘two-part’ season around the Qatar World Cup and a lengthy Premier League break will throw up unprecedented challenges for all clubs and coaches, at whichever end of the table they are operating.  ​​​​​​ 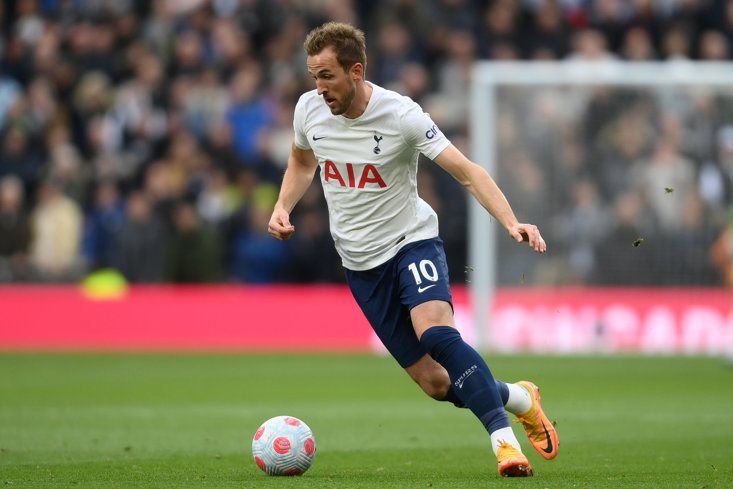 He added: “Harry, I see him very happy, totally involved with this project, in this process with the team and with the club. This is very important because you know very well the importance of this player for the team-mates, for the fans, for the club, for me and for my staff.

“I like to see him in this way with this desire, this will to work strongly. I think he is the first player that is understanding that we are going in the right way.

“This season with the World Cup in December will be the first time we've faced this situation and we don't really know what's the best way. In my opinion, and from what I've asked of my physical coach, it is to work and prepare very well and be focused on getting good results in these next four months.

“Strange things can happen. You don't know how many injuries you will face, or the stage your players reach during the World Cup. Our strategy to arrive at the end of the first half in the peak of fitness, then there must be a rest and restart.

“When we finish the World Cup, we have to evaluate the way the players come back. Some will need more rest. If you speak with the other coaches they will all also tell you they want to start strong, and to get points, points, points.”

Tottenham are 14/1 to win the Premier League with Betfred*