This was a Milan derby which started with a mural being painted outside San Siro of Romelu Lukaku and Zlatan Ibrahimovic’s physical head-to-head in the recent Coppa Italia quarter-final fixture between Inter and AC Milan. It finished with Ibra standing and applauding at Lukaku’s match-clinching brilliance as Inter made a massive statement in the Serie A title race.

The Nerazzurri now have a four-point lead at the top of the table after a nightmare week for Milan, who sacrificed the summit last weekend in a limp 2-0 loss at struggling Spezia and today found themselves on the wrong end of a 3-0 walloping in the Derby della Madonnina.

Inter always looked more likely to bring home the bacon from the moment Lukaku found himself in acres of space on the right in the fifth minute. The Belgian swung in a cross at the second attempt which found Lautaro Martinez with all the time in the world to head home from six yards.

They could have had more before half-time but found themselves thanking their lucky stars for Samir Handanovic’s brilliance in goal shortly after the break, as the Slovenian shot-stopper kept out Milan with three incredible interventions in the space of 60 seconds. Following two saves from the increasingly-influential Ibrahimovic, Handanovic then stopped a Sandro Tonali drive which looked destined to tie the scores. 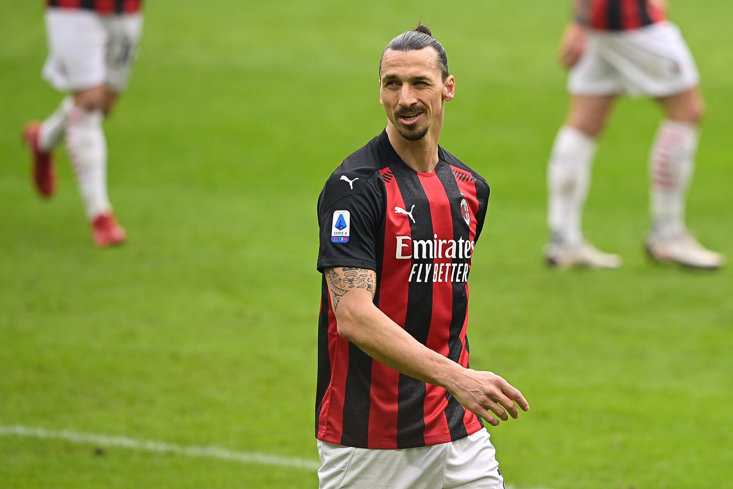 IBRAHIMOVIC WAS TWICE DENIED BY AN INSPIRED HANDANOVIC

Moments later, Martinez had practically wrapped up the three points, finishing off a sweeping team move involving Achram Hakimi, Christian Eriksen and Ivan Perisic. It was a killer blow for Milan but it had nothing on what Lukaku was about to do to them.

Collecting the ball just inside the Milan half, Lukaku turned away from Franck Kessie and then drove at Alessio Romagnoli with purpose. As the Rossoneri skipper back-pedalled, Lukaku continued to advance at destructive speed before hammering a brilliant low left-footed finish beyond Gianluigi Donnarumma. It was a stunning goal which had his Inter teammates mobbing him in joy, and left Ibrahimovic clapping in awe in back play.

It remains early in the season to call this a decisive result in the story of this year’s Scudetto. Inter, looking for a first title since their infamous treble under Jose Mourinho in 2010, now have the kind of buffer they have never boasted since the ‘Special One’ left for Real Madrid. Under Antonio Conte, the man who delivered the first three of Juventus’ nine straight league titles, Inter are a different animal to the underachievers of those intervening years.

And with Lukaku and Martinez in such form, they have every chance of seeing this job through. The pair have 37 goals between them in all competitions this season, the Nerazzurri are the form team in the league, and their rivals are faltering just as the going is threatening to get tough. What’s more, their Champions League group-stage exit means that Inter have a lighter load than those chasing them in this congested campaign.

Tonight, they and their fans will revel in a 3-0 derby win which underlines their position as the team to beat in the Serie A race. On this form, it will take something monumental to stop them ending their 11 years of title pain.