Floyd Mayweather has insisted it will take a whopping $600m to get him back in the ring to fight Conor McGregor and Khabib Nurmagomedov. The undefeated boxing legend retired in 2017 though speculation continues to swirl that he could be persuaded to get the gloves back on to take on the two UFC fighters on the same night. Crazy.

According to MailOnline, Mayweather may be tempted to scrap with the pair on the same night in a ‘one fee, both fights’ deal for thousands of spectators.

However, if it’s going to happen, the 43-year-old will not come cheap, far from it. Though as he says, if it tops up his bank balance by another nine figures, it’s always an option. He made $300m alone from fighting McGregor three summers ago and has continued to work with UFC chief Dana White.

During his whistle-stop tour of the UK this month, he spoke at an event at London’s York Hall, promoted by DKM Promotions and revealed just how much money it will take for him to fight: "Like we talked about on social media, there’s two names right now. We talked about the Conor McGregor fight, we talked about the Khabib fight.

Driving around the capital in a Rolls Royce on Wednesday night, as reported by The Sun, in between his ‘An Evening With…’ tour, fans have been lucky to meet the American icon as he goes from city to city in his usual attire of tracksuits and expensive bling.

While it seems Mayweather is the man to be convinced, he praised McGregor and Russian Khabib, admitting their appeal as UFC poster boys and respective followings in Ireland and Dagestan make them better fight options than other boxers.

“In the boxing world as of right now, it doesn't make sense for me to fight any ordinary fighter,” he continued. “I'm a businessman. The Conor McGregor fight made sense. If it makes money, it makes sense.

“I don't fight fighters or compete against competitors that only have cities behind them. If I'm going to fight you, you have to have a whole country behind you.

“The first fight was entertaining. It's an entertainment business.” 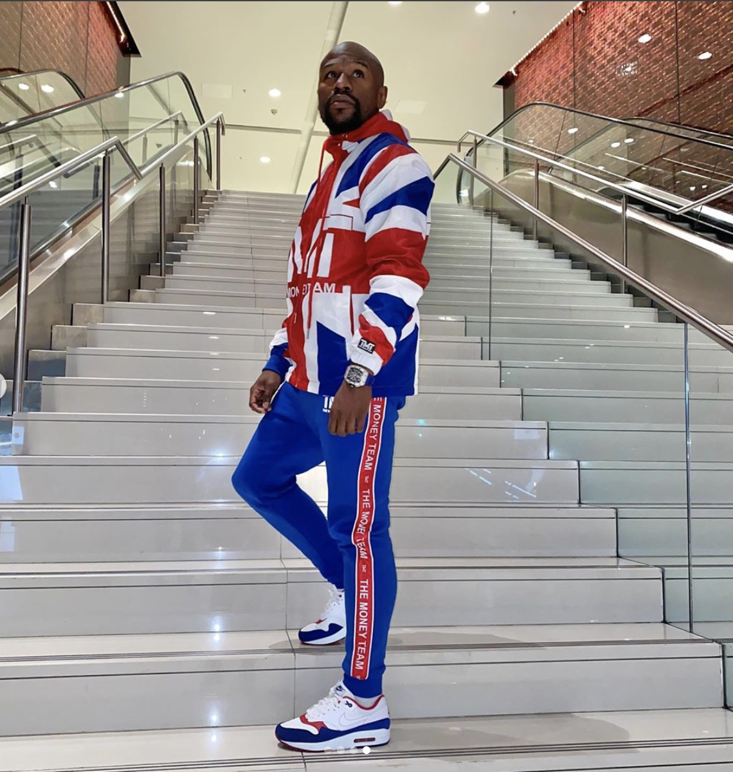 However, any possible fight will have to wait for the time being with Khabib set to defend his UFC lightweight champion belt against Tony Ferguson on April 2 in New York. McGregor, meanwhile, has no duels lined up after disposing of Donald Cerrone earlier this year.

If it makes money though, it will always make sense to Mayweather and so when the time comes, it seems he’ll be ready to negotiate.