Football
News
Teams made an average of 6.5 changes in the first round on Tuesday and Wednesday
Kris Voakes
13:33, 11 Aug 2022

We need to talk about the Carabao Cup. In a first round slate featuring 16 giant-killings, the elimination of 14 of 18 Championship sides and a host of other fascinating results, the overriding takeaway from Tuesday and Wednesday’s action was that nobody is really taking the thing seriously anymore.

Twelve Championship clubs were beaten by lower-league opposition in a string of turn-ups that would normally have people crowing about the unpredictability of football. But instead, there were understandable shrugs from fans of teams which had made a whole host of changes.

Of the 66 teams to have appeared in the first round prior to Thursday night’s final fixture between West Bromwich Albion and Sheffield United, only Morecambe and Sutton United put out unchanged sides from those which played at the weekend. In all, there were 428 changes in personnel at an average of 6.48 per team.

Championship sides were the most culpable, making an average of 8.33 alterations. Huddersfield Town, Cardiff City and Coventry City all went down to home defeats by three clear goals – the latter pair to third-tier visitors – but that will have come as little surprise, nor concern, given that they made eight, 10 and eight changes respectively.

Even the lower-league sides were at it though. League One sides made 6.17 changes each, with League Two competitors altering 5.42 players on average. With that sort of attitude to the competition there is little wonder attendances for fixtures were down across the board. The League Cup’s stature has been falling ever since the expansion of the Uefa Champions League, and now that even the fourth-tier clubs can’t be much bothered with putting out a strong side for it there is a genuine concern for the cup’s very future.

Perhaps the standard would be helped if there was an enforcement of a maximum alteration rule. The EFL Trophy used to run with a rule which forced team to field at least six players who had played in their previous competitive fixture, but now even that regulation has a bunch of caveats affixed which sees deeper squad use. It surely has to be trialled in the EFL Cup though. 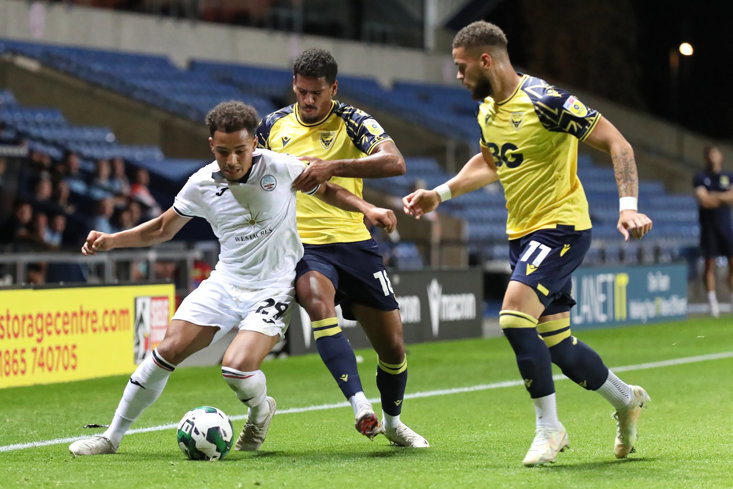 OXFORD AND SWANSEA MADE 15 CHANGES BETWEEN THEM

If fewer changes were guaranteed, fans would be more likely to come out in numbers to see a stronger representation of what their club has to offer. As things stand there is only a narrowing of the opportunity for teams outside the top flight to have a decent run in the competition, making the lifting of the trophy by a Manchester City or a Liverpool all the more inevitable.

There was a time when Tranmere Rovers getting to the final was not a freak, when Sheffield Wednesday winning it as a Second Division club was just accepted as something which sometimes happens. But it just doesn’t anymore.

At this stage you have to wonder what is the point of the League Cup. It’s the same top clubs competing to win it as the FA Cup and the Premier League, but moreover there are increasingly fewer teams from beyond the top six having a sniff of success and almost nobody below the Premier League willing to even give it the time of day.

And if the EFL don’t do something – anything – to encourage teams to take it more seriously then the League Cup is only going to continuing going this same way. Something has to be done, and quick, or else we’ll all be simply better off without it altogether.