Tennis
News
Fresh from beating Jannick Sinner, Draper has shown he has raw talent, but still has a lot to learn in the game, and plenty of time to do so
Simon Lillicrap
11:05, 15 Jun 2021

Jack Draper is going to face an awful lot of premature Andy Murray comparisons. He’s British, left-handed and has caught the media’s attention after stunning Jannick Sinner at Queen’s in yesterday afternoon’s summer sunshine. But Draper, at just 19, is still at the start of his fledgling career and shouldn’t be judged against one of the finest tennis players this island has ever produced after his first ATP tour win.

Incidentally, Murray will return to singles action this afternoon at Queen’s looking to make it a hat-trick of British successes after both Draper and Cameron Norrie progressed to the second round. He takes on Benoit Paire as his recovery from injury continues, but at 34, attention has begun to turn to his potential successor as British number one.

We’ve been utterly spoiled with Murray. Britain’s first Wimbledon winner since Fred Perry, three Grand Slam titles in total and two Olympic gold medals. He allowed Britain to compete for major honours in the most competitive era of male tennis in history, where Novak Djokovic has established himself as the greatest of all time.

But due to repeated injury issues, it has been five years since he last reached a major final. When he does call time on his career, it will be a day of great sadness, but it is time to accept that Britain no longer has a male tennis player who can compete for major honours. Draper has raw talent, but still has a lot to learn in the game, and plenty of time to do so.

His win over Sinner was seriously impressive. The Italian is also just 19, but reached the quarter-finals of the French Open last year and is expected to be the next big thing in the world of tennis. Despite going 4-0 down in the heat of the first set, the young Brit showed huge aggression to drag himself back into the match and eventually win 7-6, 7-6.

Draper showed incredible resilience especially when you consider what he went through on his ATP tour debut in Miami back in March. In blistering heat, he passed out on court due to heat exhaustion, yet on Britain’s hottest day of the year to date, he dug deep to play some of the finest tennis of his career. He hit 11 aces and showed incredible nerve to win both tie-breaks, with the win even coming as a surprise to himself. 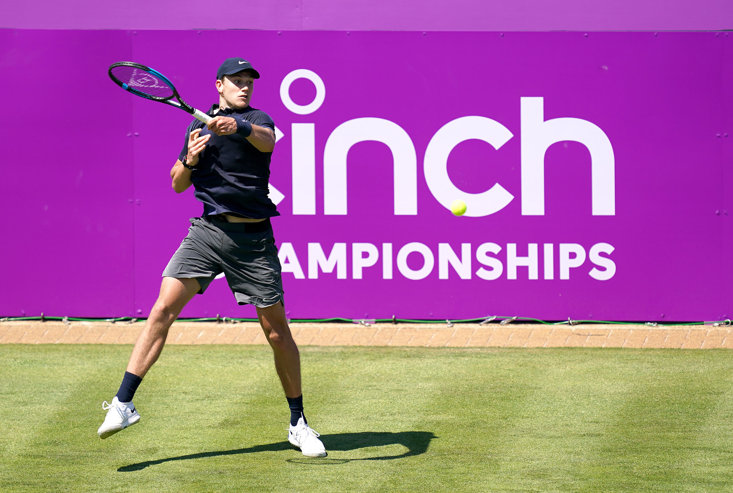 He’ll face Alexander Bublik or Jeremy Chardy in round two, although it is fair to say he hasn’t done much research on either of his opponents. “I thought I had no chance of beating Jannik, so I didn't even bother,” he told the BBC after his win.

Resilience has been a key factor in his upbringing for Britain’s number seven, as he has in the past faced criticism given his father was the chief executive of the Lawn Tennis Association from 2006 to 2013. Critics point to preferential treatment, but given Draper was only 12 in 2013 when his father stood down, he has certainly forged his own path in the sport. His dad may have got him into tennis at a young age, but any success since then is down to Draper’s determination, talent and drive.

Andy Murray comparisons will come thick and fast with any future success, but Draper must fall back on those values that have taken him this far, as he has the talent to make an impression on the game in the upcoming years.