Football
News
Kelechi Iheanacho has scored six goals in his nine appearances for the Foxes this season
Graham Ruthven
11:00, 19 Jan 2020

“We are building a stricture for the future not just a team of all-stars,” reads a quote on the wall of the reception area as you enter the City Football Academy in the shadow of the Etihad Stadium. Indeed, Manchester City have spent millions on that structure over the past decade and for a time Kelechi Iheanacho looked to be the first product of that effort.

The Nigerian came through the City youth ranks and become an important part of Manuel Pellegrini’s squad, finishing his breakthrough season of 2015/16 with eight Premier League goals to his name. Pep Guardiola, though, wasn’t so keen on Iheanacho, selling the striker to Leicester City after just one season.

Guardiola didn’t feel Iheanacho was good enough on the ball. He didn’t like how the Nigerian isolated himself from the general play of the team and so the Catalan adjudged that he couldn’t work with him. At Leicester City, though, Iheanacho is now thriving. Rather than seeing the forward for what he isn’t, Brendan Rodgers is now seeing him for what he is.

“He’s a big talent,” Rodgers the Northern Irishman explained after the Foxes 1-1 draw with Aston Villa. “He didn’t play a lot of football at Manchester City and it takes a bit of time to adapt. But since I’ve come in his confidence has grown and grown and we believe in him and believe in his talent and this season he has really come to the fore. He works so hard every day. He’s either making a goal or scoring a goal now and he works so hard in his pressing game.”

Leicester City
@LCFC
@FuchsOfficial â€œIheanacho is another player who has found a bit of form and confidence. He's seeing the rewards, he's firing on all cylinders. It was a brilliant finish in the first leg.â€ âœ¨ - @Gerry_Taggart 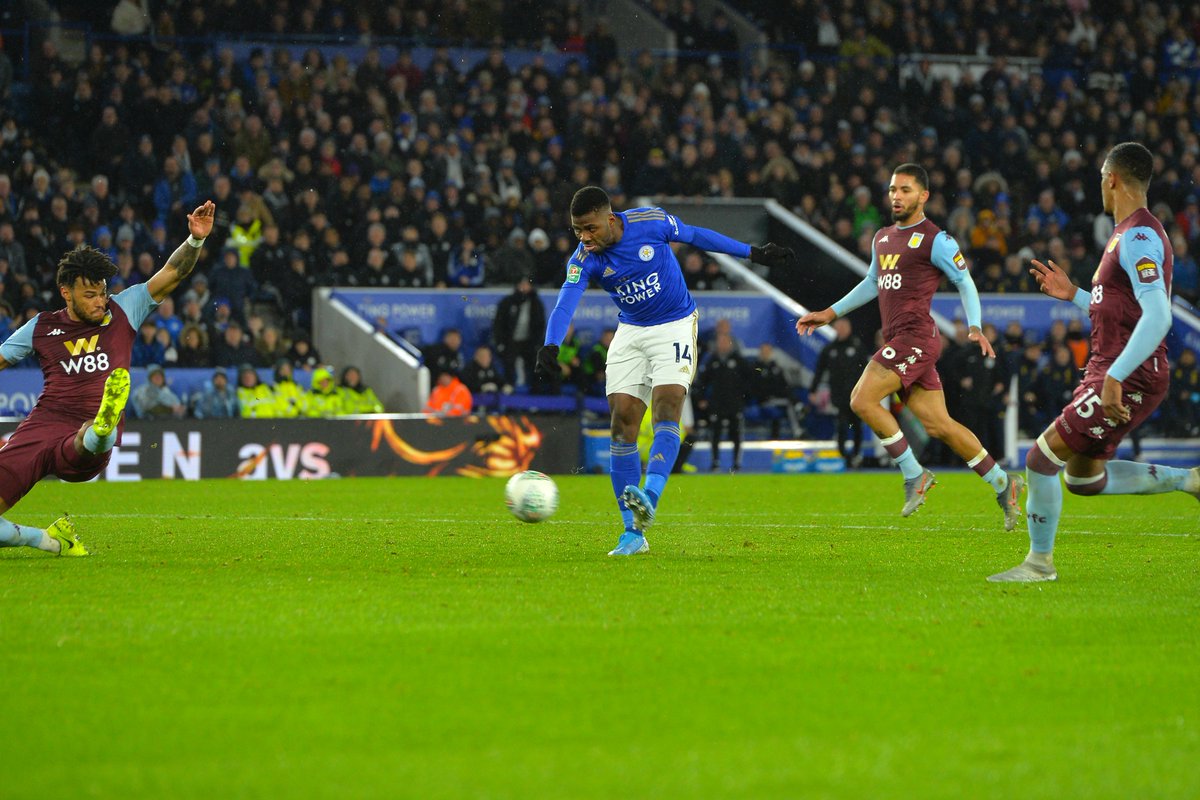 Iheanacho has scored six goals in his nine appearances for the Foxes this season, most recently netting a crucial equaliser in the Carabao Cup semi-final first leg against Villa. While Jamie Vardy is still favoured as a lone frontman, Rodgers has recognised the value in using Iheanacho as a striker partner. This has given Leicester another dimension.

As a disruptive force, Rodgers has unleashed Iheanacho. He is something of a wildcard, but the Nigerian’s greatest strength remains his finishing instinct in front of goal. He is the sort of striker who has fallen out of fashion in recent years.

He can’t dribble past defenders like Sergio Aguero, he can’t link up with teammates like Roberto Firmino, he can’t even spread the play like Harry Kane, but Rodgers, unlike Guardiola, doesn’t care about that. He cares about what Iheanacho can offer and that’s plenty.