Fireworks were the order of the day at Villa Park tonight as both sides were reduced to ten men, as Manchester City came from behind to win 2-1 in a win that took them ever closer to the Premier League title.

The points, and the title, both seemed up for grabs as John McGinn put the hosts ahead after just 20 seconds. It was the quickest goal of the Premier League this season as John Stones was caught cold, and Ollie Watkins squared to the Scot to finish.

City replied in the only way they know how, with a brilliant team goal, including a long pass from the goalkeeper Ederson. Zinchenko, Forden and Bernando Silva were all involved but it was the young English starlet who applied the finishing touch to a wonderful move. That goal proved to be a catalyst for Pep Guardiola’s men, who were in desperate need of a response after defeats to Leeds and Chelsea in their last three games.

Rodri was the surprise man to head home a Bernardo Silva cross to put City in front, and Emiliano Martinez, who has been the standout keeper in the division this season, should have done better. If that was the highpoint of the game, the low points would follow soon after.

John Stones was dismissed after a VAR review proved he had gone in dangerously high on Jacob Ramsey. For all the criticism VAR has received, this was it in perfect use. The tackle was initially deemed as a yellow card by Peter Bankes but after he had been advised to check the screen, it was a clear and obvious error. Stones was rightly dismissed and Villa attempted to pile on the pressure, but their numerical advantage vanished in a chaotic three second-half minutes for Matty Cash.

He picked up his first yellow card for pulling back Foden, and then just moments later, hacked him to the ground when the England midfielder was backed into a corner. It was a moment of madness that would ultimately cost Villa their chance of getting out of this game, but to Guardiola’s credit, his side remained in control throughout. 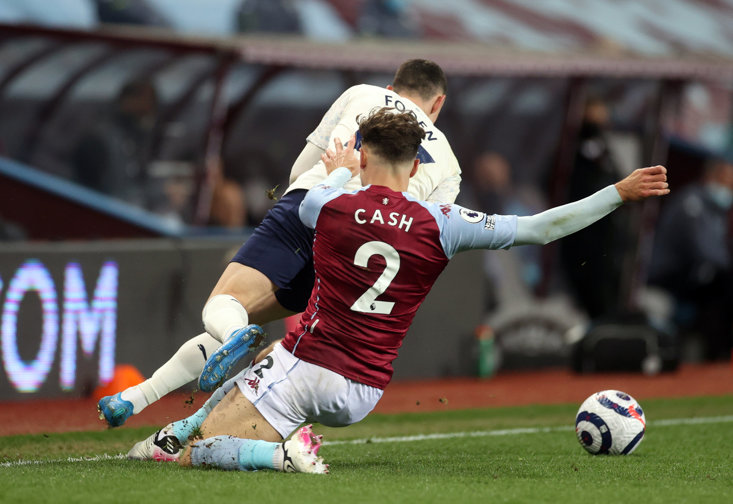 The Spanish boss deserves credit for his game management. We have marvelled at his sides’ attacking fluidity and possession-based football for over a decade now, but it is perhaps when they need to keep the ball the most that we see the genius of his playing style. Pass after pass after pass. City kept the ball and in doing so, they kept Villa away from their goal. If you keep the ball this well, it is very difficult for the opposition to create chances, especially with ten men.

City saw the game out with relatively few issues, and once again it was Foden who produced in the key moments for the Citizens. He scored the equaliser and then tempted Cash in to making two fouls he simply didn’t need to. Playing like a man with a decade more experience under his belt, City will require more ‘sensible’ performances like this from Foden and the more senior players, if they are to walk away from this season with three trophies.

It looked shaky after 20 seconds tonight, but the Premier League title is surely returning to the Etihad now.