It is such an overused phrase that it has become cliched, but Impact Wrestling’s D’Lo Brown really has done it all. He currently works in talent relations, advising the next generation of wrestling stars. But his illustrious career has taken in a legendary WWE tenure, helping build Impact Wrestling as a top star under its original name of NWA:TNA, bouts across the globe in Japan, England, Germany, Ireland and almost anywhere else you can put a wrestling ring as well as stints behind the commentary desk.

Wrestling’s renaissance man found time to sit down with The Sportsman to talk about Impact Wrestling’s exciting role in modern wrestling, his WWE history and his involvement in ITV’s controversial reality show Celebrity Wrestling.

As a former WWE European Champion, how does it feel to be back in your kingdom?
I mean, it's amazing being back over here. This is like my second home, I have a deep affection for this country, and all of Europe, but particularly the United Kingdom. I have a deep connection with it, it feels so good to be back here. After not being able to get here even though I wanted to because the world was shut down, I had a piece of my heart missing. I felt so full flying over the Atlantic knowing where I was going and I'm just excited to be back here.

Your WWE European title run is fondly remembered, and one of the most famous aspects of it was how you were billed from a different European city before each match. What was the inspiration behind that?

So that was a joke I played on ring announcer Tony Chimel. In the locker room he would be getting notes and one day he said “Where are you from?” and I went “Luxembourg”. “What?” “Yeah, Luxembourg”. Next day, “Okay where are you from today?”, “Finland”.

Then I would start picking old WWE superstars’ hometowns like Ludwig Borga and Helsinki then Grenoble, France for Andre the Giant. I was just something we did on the house shows as a joke between Chimel and I. Then one day on Raw, Chimel goes “Formerly from Chicago, Illinois, now making his home in Switzerland…” and it just took off. So literally every TV I’m going,  “Let's pick the most unique European city”. It was Milan and it was Sicily and everywhere. So it was an internal joke that went worldwide.

Outside of WWE you’re also synonymous in this country with ITV’s notorious show Celebrity Wrestling. What was life like during what was a strange time in your career?

For me, it was nice to be around guys like Roddy Piper and Joe Legend and it was good to be around the celebrities on the show. I just know the concept of the show... most of the things we recorded and what made it to TV were two different things. I was proud of the show in the fact that they chose me to be part of it. I was not proud of what was played to the country.

I think we could have done a much better job. That wasn't Celebrity Wrestling, it was Celebrity American Gladiators. I think we cheated the British public by building one thing and giving them something else. 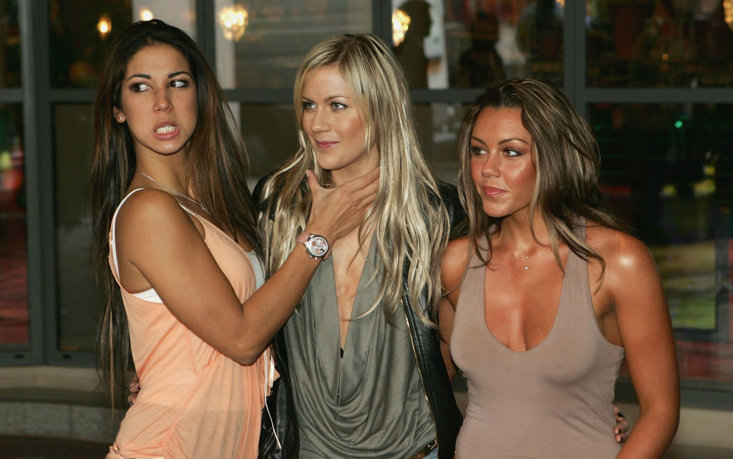 One of the main criticisms of the show was the lack of actual wrestling. Was there more wrestling left on the cutting room floor that the audience didn’t get to see?

There was a little more but it was more that when I got the concept for the show, I kind of pitched a couple ideas that got shot down which I thought would have been a little more appropriate for Celebrity Wrestling. But you know that's water under the bridge and that show faded like a shooting star. One week great ratings, then Doctor Who came out and we went * whistles and points downwards *.

Doctor Who had been in this hiatus for years and in week two, boom, Doctor Who drops. Doctor Who is the dude in America, we think James Bond, Doctor Who and Austin Powers represent England.

Back in 2003 you were one of the first big WWE names to move over to what is now Impact Wrestling, and was then NWA:TNA. What were your experiences of moving over to what was a new company at the time?

It was a change of scenery for me. It rekindled my love for the business because I saw this raw product that was on the rise. I looked around this locker room and I saw this young, up and coming talent. I took the role of mentor and tried to teach a little bit and that also made me feel really good. Then I got to have good matches with AJ Styles, James Storm, Bobby Roode and Eric Young. It's just amazing. To watch this company grow and 20 years later here it is still going in this incarnation of Impact. It says a lot about the stability and longevity of this company.

You touched upon AJ Styles there, someone who you teamed with before going on to have a classic feud against. What was it like working with ‘The Phenomenal One’?

Great, because I saw this young talent who thought and moved in a way that someone that young shouldn't. He had wisdom beyond his years in wrestling where you want to sit and talk with him. (It felt like) I was talking to someone who's been around for 10 or 12 years as opposed to someone who's been around for two or three. It was exciting every time because his creativity along with his athleticism meant we could think of anything and I knew he and I could pull it off. I was so excited whenever I got to be in the ring with AJ Styles. 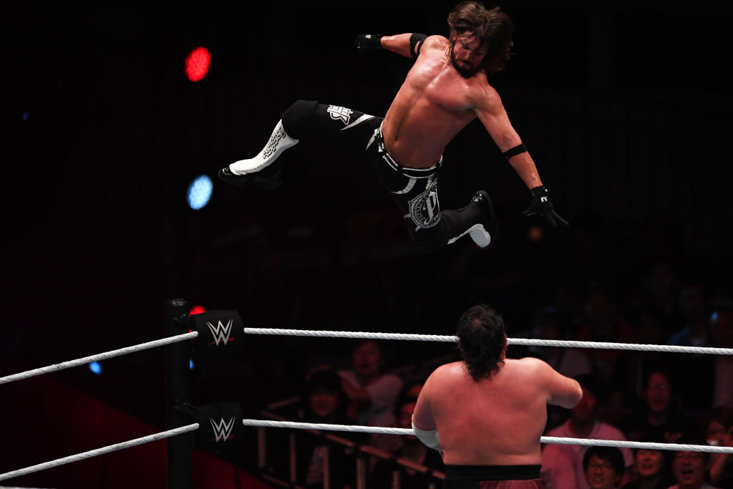 "wisdom beyond his years": AJ styles is one of d'lo brown's favourite opponents

Another standout storyline from your time in Impact came a little while later, when you were part of the Aces & Eights faction. What was it like being involved with that group?

It was cool, because I wasn't really supposed to be part of it. It started out with me just going out and helping the young guys do beatdowns. And then one thing led to another and then they hit upon the concept of “you're the mole and you're going to be the vice president”. And I was like, ”Wow, that's a strong spot to be in”. Aces & Eights was such a powerful stable, and it was at the moment where I felt Impact was crossing over to mainstream. It was the time (Hulk) Hogan came in. We got a lot of buzz around the company. The Nation (of Domination, the WWE faction D’Lo was part of) will always be my favourite faction, but Aces & Eights is right there.

During that run you had a great match with someone you knew well from your time in WWE, Kurt Angle. What are your recollections of that match?

It was fun, because at that point, I was wondering if I could I still go out there and compete at a high level with a guy, a world class athlete and wrestler like Kurt Angle. Because I'd done several years of (working) backstage and hadn't really got into the ring. Then to go out there and just feel like it was riding a bike with a consummate professional like Kurt Angle. You can't tell but the entire time I was smiling my ass off and I'm so happy. Just being happy that we put out a damn good match that had the crowd going and it was compelling. And I was very proud of that.

The concept of the “Forbidden Door” is prevalent in wrestling at the moment, with companies crossing over like never before. Impact have hosted wrestlers from multiple promotions on their shows in recent months. What’s it been like seeing talent from all over descend upon Impact?

It's helped us as we’re that company that can have Impact, AEW, Ring of Honor, New Japan, NWA all on the same show. There's almost no boundaries with us and no borders. We’re this land that can accept anybody to put on this great show with these mega companies from around the world. That's a great honour to be that company that hosts that and to be the one to do it the most successfully with the most companies. And then to have some of our talent like Mickie James go up to the Royal Rumble in the WWE, to allow our talent to go to places. That's pretty awesome. And it's something it's not been done in wrestling in a long time, if ever. So, I'm proud of our company, that we’re the ones that are doing it. You mentioned the Forbidden Door, we kind of are the Forbidden Door. We didn't open it. We are it.

Impact Wrestling’s big Rebellion pay-per-view is coming up on Saturday, what can fans expect at the show? The intensity of Moose going to his house or Moose showing up at a show in Canada and spearing Josh's wife, to Josh returning out of nowhere, and dropping Moose. It's personal, it's a blood feud. If you can't get excited for that… that’s the essence of pro wrestling.

In your role as an Impact Wrestling producer, you work closely with talent and watch them grow from young prospects to stars. Is there anyone who you think is set to break out and make the jump to the top?

Do you have any advice for aspiring wrestlers looking to break into the business?

I will give you the same advice that was given to me; know your brand. Create a brand, know your brand and get yourself as much exposure as you can. So then you bring a following with you no matter where you go. And the most important thing is enjoy this ride because it's the greatest business on the planet. It's an amazing ride.

- All roads now lead to the annual REBELLION PPV, set for Saturday April 23 and live on FITE.tv. The main event features World Champion Moose putting the gold on the line against Josh Alexander. Violent By Design (Eric Young, Joe Doering and/or Deaner) will also be defending their World Tag Team Championships