What a night for Sweden. As if the confirmed news of a first Abba album for almost 40 years and a hologram stage show for the supergroup wasn’t enough, the national team responded in a grand manner with a thrilling and fully deserved victory over Spain in Stockholm.

The come-from-behind win, achieved through goals from Alexander Isak – who along with strike partner and fellow 21-year-old Dejan Kulusevski gave the visitors’ defence a torrid night – and then Victor Claesson provoked joyous scenes in the Friends Arena at the final whistle. Meanwhile, it was a different set of emotions for Spain, who lost their 28-year unbeaten run in World Cup Qualifiers, a run that dates back to their defeat against Denmark in March 1993.

The day of this match saw the newsstands and airwaves nationwide dominated not by this crucial Group B World Cup qualifier - but instead, the formal announcement of a first studio album for more than a generation from the 1970s and 80s Swedish supergroup. That will come with a stage show at a purpose-built 3,000-capacity arena at Queen Elizabeth Olympic Park in London, featuring hologram images of the immortal quartet of Bjorn Ulvaeus, Benny Andersson, Anni-Frid Lyngstad and Agnetha Faltskog.

At the risk of undermining the gravitas surrounding a serious football occasion the temptation to ask Sweden manager Janne Andersson what he made of one of the country’s greatest exports  - along with IKEA and Volvo - getting the show back on the road was almost overwhelming. Might there ever be a day when such qualifiers themselves were contested in hologram form?

However on Thursday night in the Friends Arena the name of the game was desperately trying to dig out the three points. When it comes to qualification for Qatar 2022 the winner takes it all in Group B, with the nation finishing top straight through to the tournament finals, and the runner-up facing the agonies and uncertainties of the play-offs.

And Sweden are now in pole position for that first place, having leap-frogged Spain, and now leading the group by two points having played a game less than their closest rivals. The return in November is already looking huge.

Much like in Norway who were allowed just 7,000 fans at the Ullevaal Stadion for their marquee group match against Holland on Wednesday, Sweden are also still operating under tight crowd restrictions in their battle against the Covid pandemic.

Only 15,000 were officially permitted to attend at the Friends Arena in the 50,000-capacity stadium (though the crowd was announced as 16,901) - but those present made a good job of making themselves heard. Principally in the first half that was at the expense of English referee Anthony Taylor, taking exception to many of his decisions.

The explosive start to this game, though may well have tested a few UK-based TV remote-control warriors looking for the best entertainment available, even with England in action against Hungary. 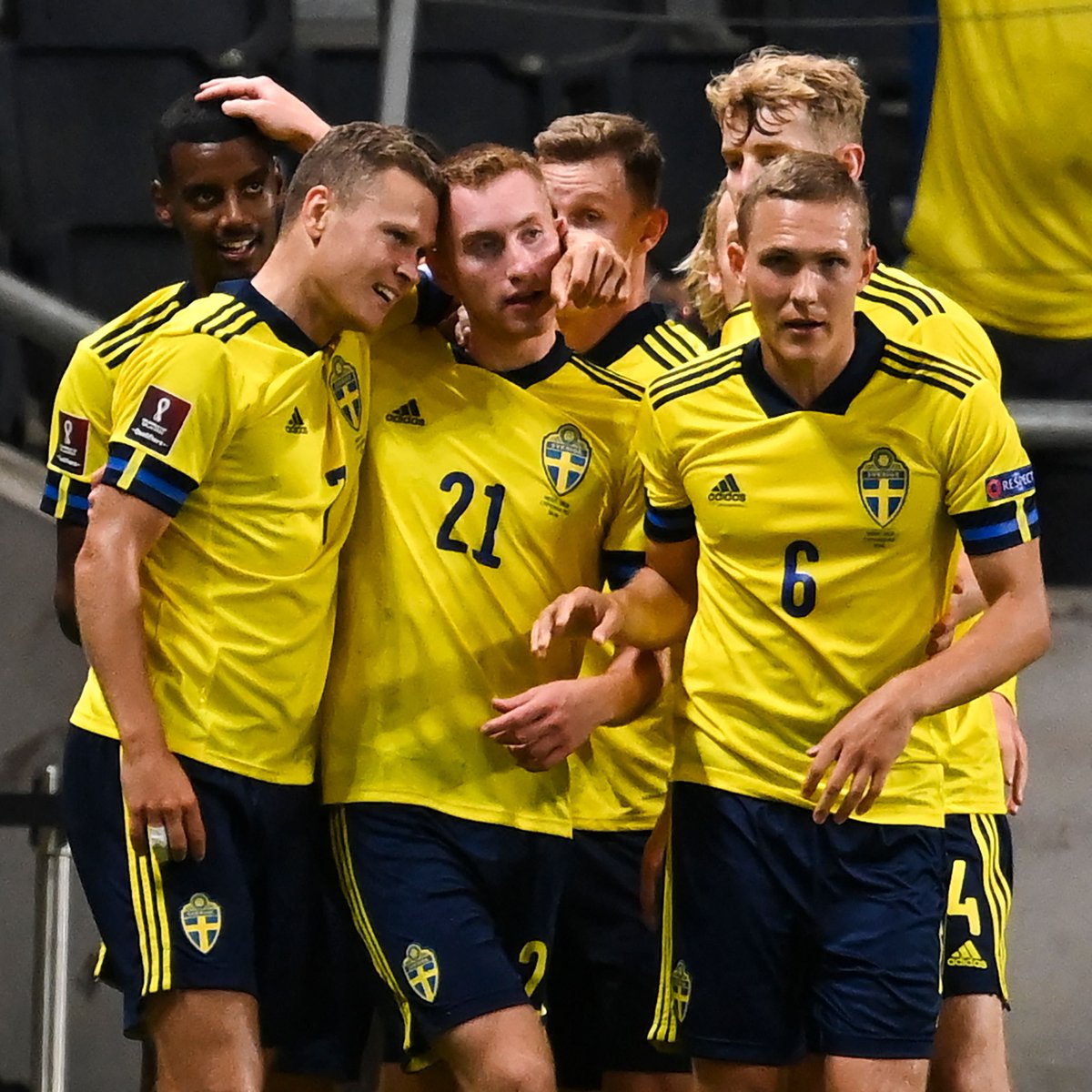 Spain were ahead in just the fourth minute through Valencia’s Carlos Soler as he superbly caught a Jordi Alba cross on the half-volley running in from the right at the far post to blast the ball past Robin Olsen.

But after their celebrations incredibly within 20 seconds of the restart, Sweden were level, and it was a magnificent strike from 21-year-old Isak of Real Sociedad from 25 yards that beat Unai Simon all ends up.

Ferran Torres probably spent all summer wondering about his prospects of game time for champions Manchester City this season, the already fierce competition at the club and the constant speculation linking England captain and centre forward Harry Kane with a move to the Etihad. But Kane stayed at Spurs, and joining up with Spain on the back of two goals in the 5-0 demolition of Arsenal Torres formed part of a fairly subdued front three with Alvaro Morata and Gerard Moreno.

Claesson, who plays his club football in Russia with Krasnodar, was left criminally alone in the penalty area and scored what proved to be the winner after 57 minutes – having all the time in the world to deftly control and fire right-footed past Simon at his near post.

Sweden, World Cup runners-up on home turf in 1958 at the old Rasunda Stadium – a stone’s throw away, and now blocks of flats – have had a chequered history at the World Cup since finishing third in the USA in 1994. After two failed qualifications things did improve in Russia three years ago when they reached the quarter-finals.

But the future looks bright. The impressive front pairing of Isak and Dejan Kulusevski of Juventus, both 21, could be around for a decade – with Emil Forsberg and Kristoffer Olsson prompting from midfield. And Rangers centre-back Filip Helander, fresh from his Old Firm heroics with Rangers, partnered Manchester United’s Victor Lindelof in central defence.

Spain still have the reputation even if the names are not quite as intimidating these days. Enrique opted to continue with Simon in goal rather than revert to Manchester United stalwart David de Gea, or give Brighton’s Robert Sanchez a start. And Chelsea’s Cesar Azpilicueta, former Blues flop Morata – replaced in the second half - and City pair Torres and Aymeric Laporte had all begun the game.

And though the Spanish team are perennial qualifiers, things have not been so rosy since one of the great sides of all time deservedly lifted the trophy in 2010 - failing to escape the group in 2014 and then exiting at the last-16 stage in 2018. Failure to get to Qatar at the first attempt would be far less easily accepted in Madrid than Malmo.