Sometimes football makes absolutely no sense. Yes, Sheffield United have been adrift at the bottom of the Premier League all season. Yes, the Blades need a massive lift from somewhere if they’re to salvage anything from their two-year stint in the top flight. But in cutting ties with Chris Wilder they have shown the door to their biggest asset.

Sheffield United were about as far away from being a Premier League outfit as possible when Wilder took over. They’d just completed a 2015-16 season which ended with a lap of honour at Bramall Lane witnessed by only small pockets of fans, many of whom had stayed back simply to voice their displeasure after an 11th place finish in League One which was the club’s worst placing since their sole season in the old Division 4 back in 1981-82.

Wilder came in from Northampton Town, whom he had just led to the League Two title. At Sixfields, he helped the Cobblers rack up 99 points against the backdrop of financial problems which had even led to players not being paid for a couple of months. His golden touch was to continue into his spell with his hometown Blades.

In his first year in Sheffield, United sailed through League One with 100 points to their name, playing a brand of football few had ever witnessed at that level of the game. His use of overlapping centre-backs revolutionised lower-league football, with defenders Kieron Freeman and Jack O’Connell scoring 11 and six goals respectively thanks to Wilder’s free-flowing approach.

When they stepped up into the Championship, it was more of the same. In 2017-18 they flirted with the top six all season despite making few significant additions to their squad, recording memorable away victories over city rivals Wednesday and Leeds United along the way. After finishing 10th, many predicted that they would find their level lower down the league the following season but instead they got even better. 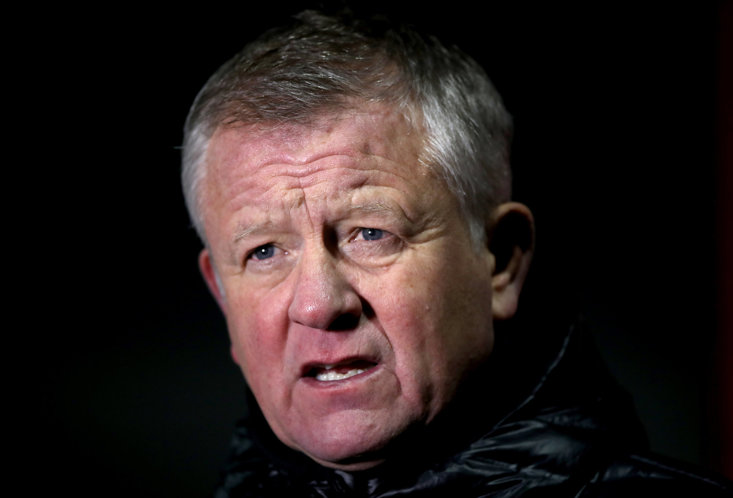 With a few modest additions to the squad, most notably the arrival on loan on Manchester United goalkeeper Dean Henderson, the Blades secured automatic promotion to the Premier League with a week to spare. Wilder had achieved a minor miracle with a team boasting no star names and a system few opposition bosses could have hoped to contain.

Of course, their heroics didn’t stop there, with their ninth-placed finish in the Premier League last season providing further evidence of Wilder’s tactical abilities as well as his quality in getting a modest squad to punch above its weight.

This season’s difficulties were predictable in many ways. United’s is a small squad, and they were hit by inevitable injuries to key players in a condensed campaign without the roar of their passionate home supporters. Everything that had been built by Wilder to take them up through the leagues had been worn away around him.

Sure, mistakes were made. The likes of Oli McBurnie, Sander Berge, Jack Rodwell and Lys Mousset were added at significant cost with little reward, but Wilder had far more hits than misses over his tenure and ought to have had more than enough credit in the bank to have been given the benefit of the doubt. And boardroom members play their part in transfers too.

Given everything he has done for Sheffield United, Wilder ought to have been given the opportunity to do what Daniel Farke is currently doing at Norwich City… taking the basis of the squad he built in the top flight and making the minor tweaks needed to come back stronger. With the 53-year-old leading this group that he has nurtured so brilliantly over the last five years, there would have been no reason to believe they wouldn’t have bounced back immediately.

Instead what we have at Sheffield United is just the latest example of a manager being rewarded for over-achievement with a P45. Football really does stink sometimes.