To the casual observer the Grove XXIII may seem like just another ordinary golf club in Hobe Sound, Florida, but nothing could be further from the truth. Because this is Michael Jordan’s golf club, and he doesn’t do ordinary. This course is the crème de la crème and leading the way with 21st century technology. If you find yourself lucky enough to be on one of the eighteen holes and fancy a nibble or a tipple, your refreshments will be brought to you via drone. Yep, drone. Taking the 19th hole to a whole new level. 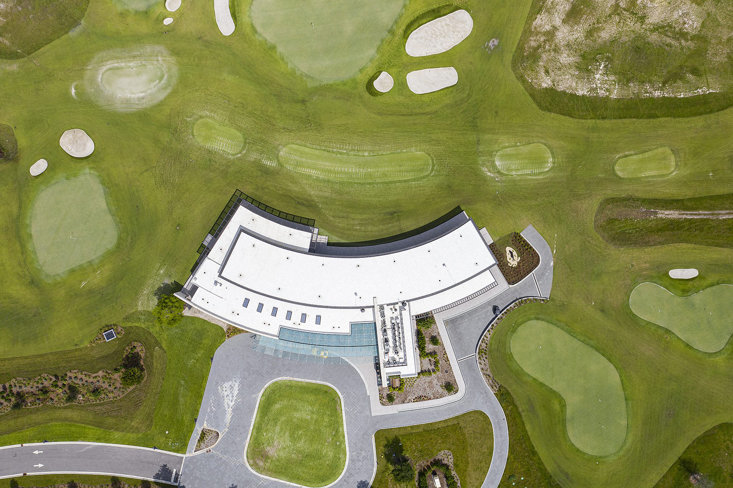 Named the XXIII after Michael Jordan’s famous number 23 jersey he wore for the Chicago Bulls, the Grove has fewer than 100 members, each one carefully selected and personally invited to join.

The Grove XXIII’s incredible clubhouse has more than 15,000 square feet of locker room space for you to store your things but more impressively, it has room for lounging, dining areas and a pro shop. Everything is here to satisfy your golfing needs. 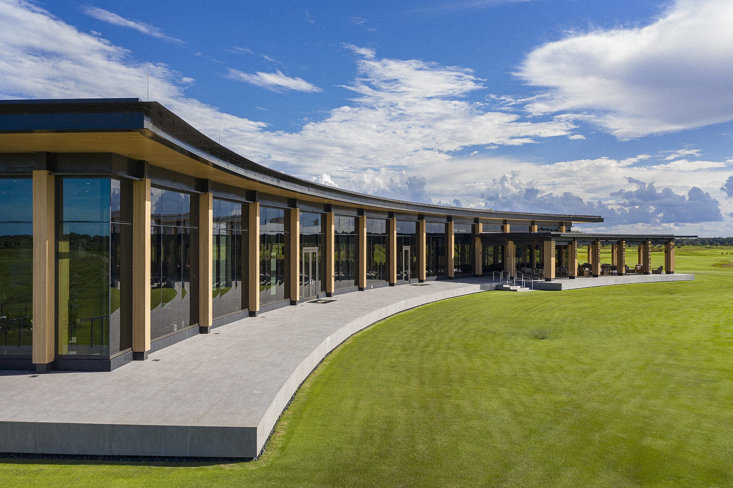 And - get this -  it has been brilliantly designed to reflect ‘the precise motion of a golf swing’, with smooth curves favoured instead of sharp edges, while a cantilever slab faces towards the course, in a nod to Air Jordan’s endless hang time.

The big names have left some pretty hot reviews too. “The course was unbelievable,” NASCAR driver Denny Hamlin told USA Today. “There’s only 75 members. Hopefully to be 76 here in the next few weeks, so it was really an honour to be invited and be a member at such an exclusive place. It’s really new, just a few months old. It’s going to be fun to do for the next 20 to 30 years, as long as I’m able to play.” 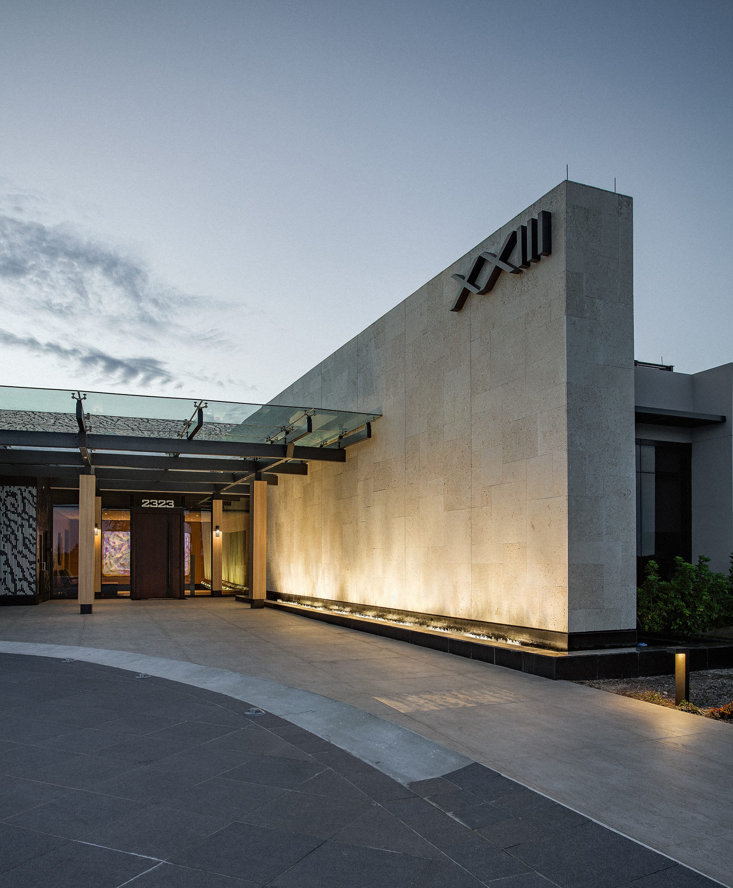 x
Suggested Searches:
Tyson Fury
Manchester United
Marcus Rashford
Lewis Hamilton
F1
Air Jordan
More
golf
Matsuyama Makes Masters History To Inspire New Generation Of...
Hideki Matsuyama has written his name into golf’s history books by becoming the first Asian player [ ... ]
golf
Masters Round-Up: Hideki Matsuyama Races Into Four-Shot Lead...
Hideki Matsuyama shot a 65 on Saturday to leapfrog Justin Rose heading into the final day of the Masters [ ... ]
golf
Justin Rose Leads The Masters As Defending Champion Dustin Johnson...
Heading into the biggest weekend in the entire golfing calendar, Englishman Justin Rose leads the way [ ... ]
golf
Masters Round-Up: Justin Rose Leads The Way As Tommy Fleetwood...
The opening day of the Masters was all about Justin Rose who opened up a four-shot lead after hitting [ ... ]
golf
2021 Masters Tee Times & Pairings - Thursday 9th April
The pairings for the opening two rounds of the Masters in Augusta have been drawn and now we know exactly [ ... ]
golf
The Masters: Jordan Spieth Ends Four-Year Winless Run Ahead...
It’s hard to believe Jordan Spieth’s Masters triumph was six years ago. Now 27, [ ... ]
golf
The Masters: Former Pro Simon Dyson Explains What It's Like...
The Masters returns this week as World number one Dustin Johnson looks to hold on to the Green Jacket. [ ... ]
golf
Westwood Back In The Top 20 After Runner-Up Finish At The Players'...
A magnificent second-place finish in the Players’ Championship this weekend has moved Lee Westwood [ ... ]
golf
Players Championship Can Provide Rory McIlroy With Much-Needed...
Spark. Mojo. Pizzazz. Whatever you call it, Rory McIlroy doesn't have it right now. When McIlroy [ ... ]
golf
Messages Of Support Flood In For Tiger Woods Following Serious...
The sporting world has rallied to send messages of support to Tiger Woods after the golf legend was [ ... ]
golf
Man, Megastar, And Mortal: The Book Examining The Second Life...
He’s the one name people who know nothing about golf, know about golf. But aside from the 15 Majors, [ ... ]
golf
Caley Show That Buying Top Quality Golf Clubs Needn't Be Pricey...
A trip to the local golf course may seem like a distant dream for many of us, with the nation being [ ... ]
golf
The Best Gear And Gadgets To Get Your Golf Game To The Very...
“Confidence is the most important single factor in this game, and no matter how great your natural [ ... ]
golf
Flawless Colin Morikawa Is Golf’s Next Big Thing - But We Shouldn’t...
The world of golf witnessed one of the most remarkable feats in the sport’s history this weekend [ ... ]
golf
Squad Up! The Golf Gadgets Straight Out Of A Call Of Duty Game
Unless you live in Manchester where you’ve likely been raving hard in a field for the last three [ ... ]
golf
Knees And Tees: How The Ancient Game Of Golf Is Evolving
Long winding walks, falling leaves and a whole heap of fascinating wildlife. No, this isn’t the [ ... ]
golf
FedEx Cup 2019: Breaking Down Rory McIlroy’s $15 Million Win
On Sunday, Rory McIlroy won the Tour Championship for the second time to secure the FedEx Cup and take [ ... ]
golf
The Open 2019: Brooks Koepka Has A Not So Secret Weapon Up His...
1st, T6, T13, 1st, T39, 1st, T2, 1st, 2nd. Brooks Keopka’s last nine standings in major competition [ ... ]
golf
Duel In The Sun: When Tom Watson Famously Battled Past Jack...
The history of sport is jam-packed with epic duels. Only last weekend, Novak Djokovic ousted Roger Federer [ ... ]
golf
The Open Championship: Five Moments To Remember
Thousands of golf fans will be heading to Royal Portrush for this year’s Open Championship, the [ ... ]
golf
The Healing Power Of Sport: The Open Returns To Northern Ireland...
Peace is, as ever, precarious. Like an artisan mirror, so thoughtfully and delicately crafted, but with [ ... ]
golf
Carnoustie Capitulation: Jean Van de Velde's 1999 Open Meltdown
Occasionally in sport the name of the loser is easier to recall than that of the victor and that was [ ... ]
golf
Harry Vardon: Golf’s First International Superstar Who Remains...
When you think of famous multiple winners of The Open Championship the likes of Tom Watson, Jack Nicklaus, [ ... ]
golf
From Tragedy To Triumph: How Nate Lashley’s Rocket Classic Triumph...
Nate Lashley’s triumph at the Rocket Mortgage Classic may have slipped under the radar this weekend [ ... ]
golf
Gary Woodland: Four Things You Need To Know About The 2019 US...
Gary Woodland made a mockery of his long ante-post odds of 75/1 as he scooped his first major title [ ... ]
golf
From The Vault: When Tiger Woods Stunned The World At The 2000...
Athletes often talk about the importance of being “in the zone”. The perfect state of mind [ ... ]
golf
2019 US Open: Brooks Koepka Can Join This Elite Group Of Hat-Trick...
Since the start of 2017 Brooks Koepka’s cumulative score in major events is a simply staggering [ ... ]
golf
In Numbers: Double PGA Championship And US Open Champion Brooks...
Tiger Woods may have conjured up one of sport’s greatest comeback stories at the Masters in April [ ... ]
golf
2019 PGA Championship: How Tiger Woods Can Become The New World...
Tiger Woods has not played since his stunning comeback victory at the Masters two months ago, which [ ... ]
golf
Tiger Woods In Numbers: From Career Earnings To Tournament Triumphs
Tiger Woods is no stranger to making history. The man that transcends golf has broken a plethora of [ ... ]