Raw emotion will drip from every corner of the Aviva Stadium in Dublin on Saturday afternoon, as Ireland look to enjoy a winning send-off against Wales before heading off to the World Cup.

Ireland captain Rory Best will win his 120th cap on his last appearance on home soil, while head coach Joe Schmidt also bodes farewell to the Irish fans, as his reign comes to an end after the tournament in Japan.

Ulster hooker Best, 37, will retire after the World Cup and is guaranteed a rapturous reception this weekend.

Jonathan Sexton, who makes his season-debut against Wales, paid tribute to his retiring skipper and outgoing head coach for their role in Ireland's recent successes.

Both men made huge contributions to the Grand Slam success of 2018 and were also at the coalface for the back-to-back Six Nations triumphs of 2014 and 2015.

Mercurial playmaker Sexton, whose side open their World Cup campaign against Scotland on September 22, said: “Rory is someone who has been there with Joe through all those games.

“We need to narrow the focus down to the Wales game in terms of what we have to do preparation-wise to build in towards Scotland.

“But in the back of our minds, when you talk about people that have had an impact on Irish Rugby, I’m not sure any coaches would go on the list.

“It would all be players and Rory would jump onto that playing list for his captaincy and for his playing for over 100, whatever (caps) he’s got now. I keep losing track!

“Joe, impact-wise, with Leinster to start off and with Ireland, has been phenomenal. Records speak for themselves.

“To do what he did in Leinster, we got to six finals in three years, we won four of them and to go on with three Championships with Ireland.

Then also the special games where we’ve done things for the first time. We’ll miss him in terms of what he brings, what he has brought.

“We’ve got to have that in the back of our mind but again, he’ll drive it.” 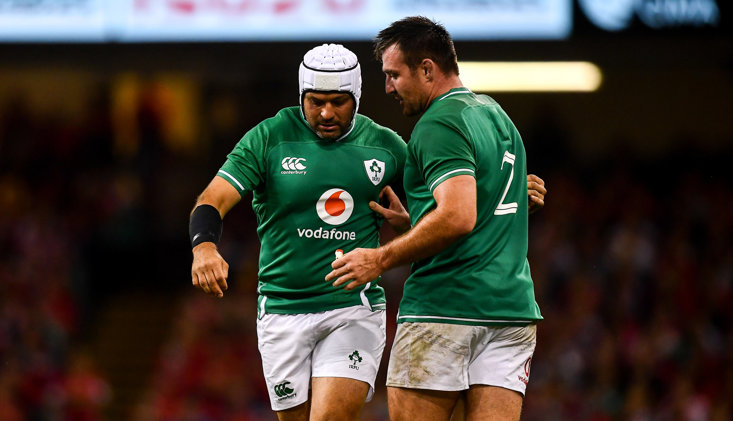 Best, 37, will retire after the World Cup in Japan

Best leads a much-changed team with Cian Healy and Tadhg Furlong joining the Ireland captain in the front row, with James Ryan and Jean Kleyn packing down in the second row.

Jack Conan starts at No 8 with CJ Stander coming into the backrow at 6 and Josh van der Flier named at 7.

Sexton is joined in the half-backs by Conor Murray, while Bundee Aki starts at 12, with Robbie Henshaw coming in at 13. Keith Earls is also back, on the left wing with Jordan Larmour on the right and Rob Kearney at fullback.

Sean Cronin is in line to win his 70th cap, as he is named in the replacements. He is joined by Dave Kilcoyne, Andrew Porter, Iain Henderson and Rhys Ruddock as the forward cover while Luke McGrath, Jack Carty and Garry Ringrose are the replacement backs.