Boxing
News
Even with coronavirus causing havoc, it's never a dull week in boxing
Kieran Spratt
16:00, 01 May 2020

From returning legends to bonkers reality TV appearances, here’s five boxing stories you may have missed this week... 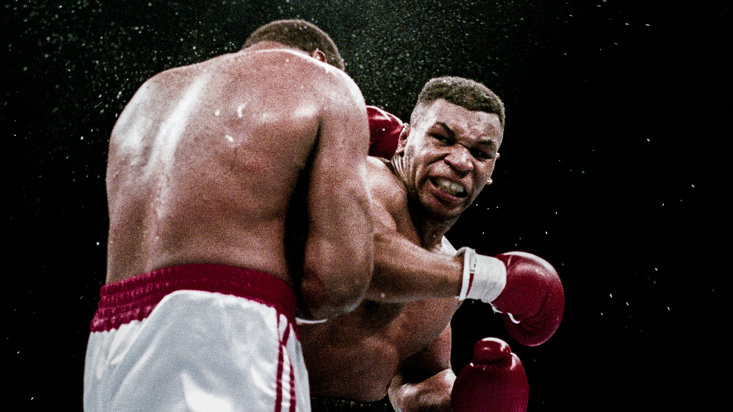 ‘The Baddest Man On The Planet’ this week claimed he’s returned to training, fifteen years after his last professional contest, with an eye on fighting in an exhibition environment and even raising money for charity.

Speaking to rapper T.I. on Instagram Live, he said: “I’ve been working out, I’ve been trying to get in the ring, I think I’m going to box some exhibitions and get in shape.

“I want to go to the gym and get in shape to be able to box three or four-round exhibitions for some charities and stuff.

“Some charity exhibitions, make some money, help some homeless and drug-affected motherf****er like me.”

If videos shared on social media by the youngest ever boxer to win the heavyweight title are anything to go by, ‘Iron Mike’ is still in phenomenal shape but he has been discouraged by at least one former heavyweight champion from returning to the ring.

George Foreman, who famously did so in 1994 to claim the heavyweight title 20 years after he first won it, says Tyson has nothing left to prove.

Speaking to World Boxing News, he said: “Tyson has done enough great things for boxing. No more is needed.

“He is in the Hall of Fame and was a mighty puncher.” 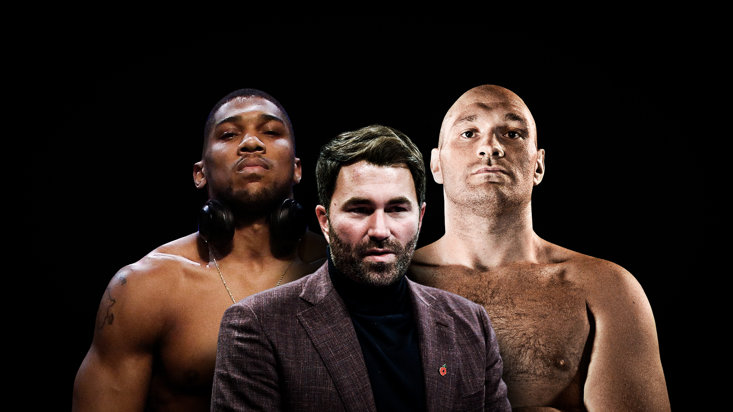 We're no closer to a 'Battle Of Britain' heavyweight showdown

As we took our first tentative steps into the 2020s, boxing’s marquee division hadn’t looked so good in years. Anthony Joshua had reclaimed his WBO, WBA and IBF belts back from Andy Ruiz Jr and Tyson Fury had snatched the WBC title from Deontay Wilder leaving everything wide open for an All-British bust-up this year, providing Fury could beat Wilder in a trilogy fight.

Fast forward to May and thanks to the spread of Covid-19, the heavyweight division is as confused as ever. Joshua’s promoter Eddie Hearn on Thursday conceded to IFL TV that Joshua will likely only fight once this year whilst Fury’s promoter Bob Arum also suggested to Sports Illustrated that any third fight between ‘The Gypsy King’ and Wilder will take place in November or December at the earliest.

While it’s pretty glum for the division’s elite, fight fans can still get some heavyweight action from Poland in June when former World title challenger Mariusz Wach takes on American gatekeeper Kevin Johnson behind-closed-doors in Warsaw on the 12th. 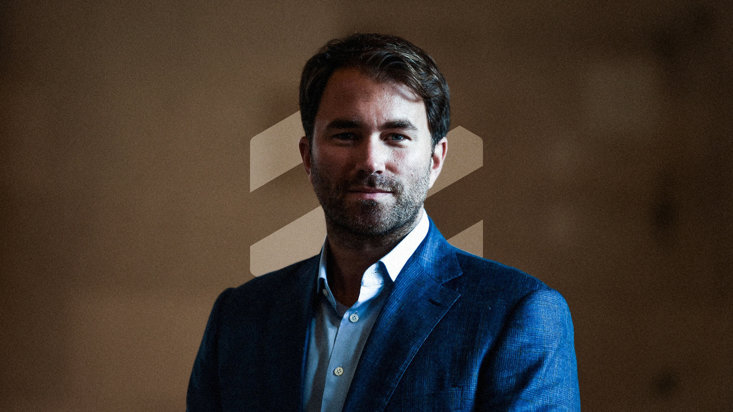 In some light-hearted boxing news, Matchroom Sport head honcho Eddie Hearn revealed to Sky Sports this week that he’s only ever met rival promoter Frank Warren once in their careers - and it couldn’t have been more awkward.

“I’ve never spoken to him in my life. Remarkable," he told Sky Sports.

“The only one time, it’s quite a funny story actually. I came out of a meeting with Sky, with Adam Smith and I think it was Barney Francis.

“We’d just done a new Sky deal. And I turned left out of the restaurant, and I was walking down the road. I had my briefcase and I was obviously quite happy, and I was just going, ‘Hum de dum de dum.’

“And as I’ve looked up in front of me, ten yards in front of me, is Frank outside a restaurant on the phone. And it was one of those really awkward moments where it was like, do we shake hands?

The two promoters who’ve brought Britain some of its most famous nights of boxing have never shared more than a wink - incredible. 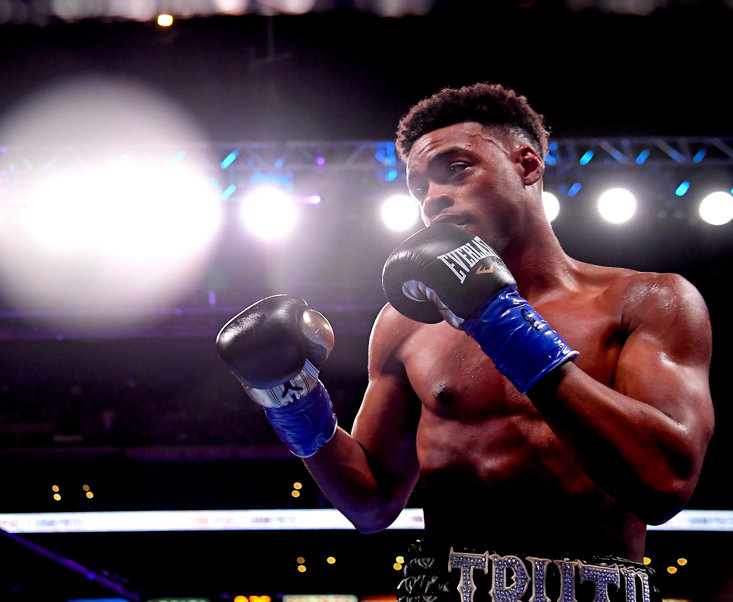 Unified welterweight champion Errol Spence Jr made a bold claim this week, suggesting he would have had what it took to beat Floyd Mayweather Jr, who retired with a 50-0 unblemished record in the ring, in his prime.

“[I’d] just try to break him down physically, he's not breaking down mentally. He's one of those fighters, like Shawn Porter, you're not gon' break him mentally."

Mayweather has been linked with a number of names already this year should he wish to return, with Conor McGregor and Manny Pacquiao rematches mooted as well as a showdown with Russian UFC star Khabib Nurmagomedov.

Judging by Floyd’s social posts however, it seems like the former Olympic bronze medallist has taken to training quite well these days, so fingers-crossed this dig from Spence doesn’t catch his attention. 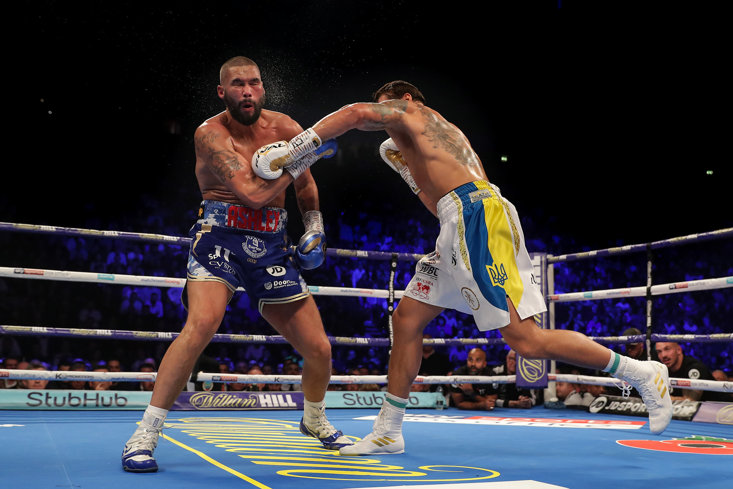 Bellew might have better luck with Strictly's Brendan Cole than Usyk

Only two episodes of Channel 4’s celebrity Special Forces’ reality show have aired so far, yet it’s still provided us with nearly two hours of the most genuinely surreal TV of the year.

Last week’s first episode saw former cruiserweight champion Tony Bellew getting battered by an assortment of celebs like Joey Essex, Anthea Turner and some random YouTuber - the task was that he wasn’t allowed to fight back. Spoilers: He fails massively.

This week saw Bellew encourage two other celebs to knee Strictly Come Dancing’s Brendan Cole in the thigh (He was inexplicably shouting “Come on, big boy” at the former boxer to be fair), all the while former-footballer and teammate John Fashanu is choking out some poor bloke from Rudimental on the floor.

Bellew has been utterly bonkers so far, and there’s still a long way to go. Don’t miss it.