Harry Kane to Manchester City. The transfer saga that looked certain to drag out through the summer transfer window. The star forward has been one of the Premier League’s biggest assets since his breakthrough back in 2014 and has become invaluable to Tottenham Hotspur. Or is he?

With Kane publicly announcing he wishes to win silverware and leave Spurs, the player is not as invaluable as once thought. It is simply not healthy for a player who is not 100 percent invested in the club to be kept around, it will affect their teammates and ultimately results on the pitch.

At 27 years of age, Kane is entering the peak stage of his career so it is totally understandable as to why he feels now is the right time to depart Spurs. It has been long-discussed that the striker could break Alan Shearer’s Premier League record for all-time top goalscorer, and he may just reach that feat, but is that alone enough for Kane to go down as a great without trophies?

Manchester City have been the dominant force of English football for the last decade and it makes sense that Kane would wish to explore an opportunity to move there. Kane will just be hopeful that the two clubs can come to a suitable arrangement, he will want the move but he will also want Spurs to be rightly compensated.

Before the Covid-19 pandemic Kane’s transfer value would have been close to £200m but understandably the toll the virus has taken on the world’s economy has created a vacuum of struggle in the transfer market. Various reports have stated that City have lodged a bid of £160m and that Spurs Chairman Daniel Levy is happy to sanction the move. It would smash the Premier League record for a signing and also for a sale, with Manchester United’s Paul Pogba currently the most expensive signing and ex-Liverpool midfielder Philippe Coutinho’s move to Barcelona is the most expensive sale.

New Spurs boss Nuno Espírito Santo has made it clear that Kane is his player, but at the end of the day, the future of the 27-year-old is out of his hands. Levy may have been more inclined to let Kane leave for the substantial fee following the club’s success in tying down Kane’s impressive strike partner Heung-min Son, to a new contract which runs until the summer of 2025 – and Nuno is sure to be happy with that amount if he is allowed to reinvest it in the squad to build it to his liking. 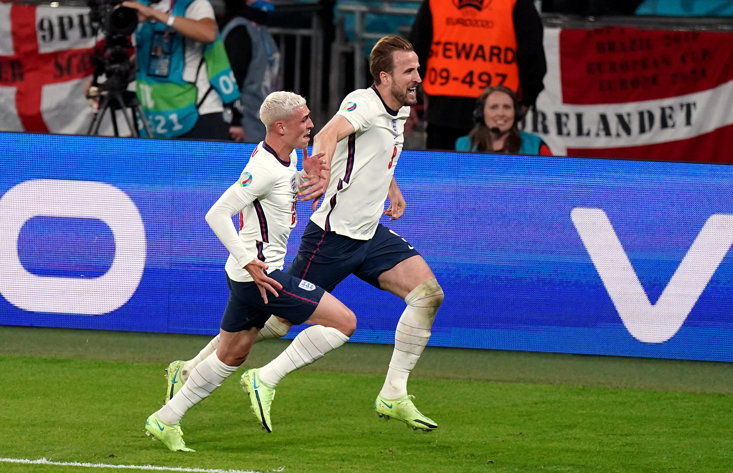 Kane’s current deal with the north London club expires in June 2024, so Spurs do have plenty of negotiation power with his departure. Not only that, but he is one of the best strikers in the Premier League and his development has continued as now he has the quality to create chances for his teammates – he ended last season as the league’s top scorer and he recorded the most assists. That will have only bettered Spurs’ chances of getting a fee close to their valuation of the star player.

A factor that might hinder the move is that City will need to sanction one or two sales to be able to press forward with the record-breaking deal to sign the Spurs and England captain. Manager Pep Guardiola has always been a huge admirer of the forward, and with the loss of Sergio Aguero to Barcelona, the Spaniard is desperate for another world-class centre-forward to lead his attacking line for the 2021/22 season.

From a Tottenham perspective, this is the best time to sell. They will be guaranteed a very respectable fee as compensation for Kane and they already know that their next best player Son has pledged his future at the club. The squad is in need of an overhaul in key areas and with the market in a rough patch in terms of revenue losses to Covid, this will give Spurs a huge boost to invest in the squad and get them closer to the top four next season. The only downfall of this deal for Kane in terms of the club investing it on replacements, the football world will be aware of the money at Spurs’ disposal and will try and get more money themselves for the players the north London club are interested in signing.

The benefits to Kane’s departure will far outweigh the disadvantages in the long-term, they will just need to be sensible when addressing the rebuild of the squad to the new manager’s vision – they simply cannot afford to have another signing spree like the one they did when they sold Gareth Bale to Real Madrid.