The French League Cup is to be abolished after this season’s edition following the news that no broadcaster could be secured for the competition beyond 2020.

In a statement, the Ligue de Football Professionel (LFP) confirmed: “The LFP’s board and its general assembly have decided to suspend the organisation of the League Cup after the 2019-20 edition. Depending on the market, the LFP retains the right to relaunch the competition in the future.”

This is nothing new in Europe’s top divisions. In Spain, the League Cup lasted just four years before being cancelled in 1986, while over in Germany it was around for a decade between 1997 and 2007, contested by just the top six teams from the previous season. Italy has not had a League Cup as such but instead enjoyed the delights of the Anglo-Italian Cup for a period, with the concept seeing the winners of the FA Cup and Coppa Italia square up every season. In 1969, Swindon beat Roma 4-0 to lift the trophy!

This leaves England as the only top league left in Europe with two cup competitions, but is it time that we followed the lead of these other European nations? There are several compelling reasons to follow the Europeans’ lead.

In an era when managers complain incessantly about tiredness and fixture congestion, this would instantly ease that worry, especially around those two-legged semi-finals. Less football should mean the games we do see are of a higher quality, but the bottom line for the event currently sponsored by energy drink supplier Carabao is that fewer and fewer clubs really care about a once-treasured competition.

Lower-league clubs want to be out as soon as they can be, with only the possibility of a money-spinning tie at a Premier League club tempting them to take it seriously. Otherwise, it appears nothing more than a distraction and, with the country’s European representatives not entering until the third round, the chances for upsets and big pay-days quickly reduced. 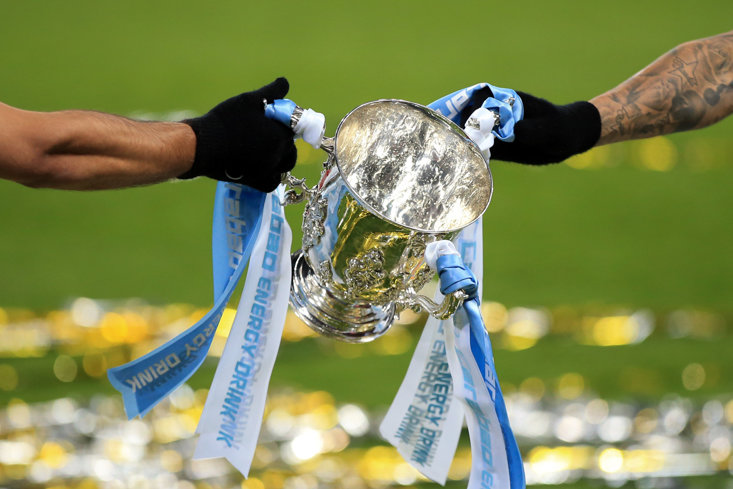 However, perhaps there is still a certain charm to the competition. On Wednesday, League One Rochdale will travel to Old Trafford to take on Manchester United, and Dale fan Dean Smith told The Sportsman he would hate to see the competition scrapped as it has been in France:

“I'd be gutted if it went as it's given us the chance to go to Old Trafford to watch our team play, which is a dream come true.

“A lot of people seem to want the Premier League clubs to help out lower league clubs like ourselves and this is one way for them to do it, even if they don't realise it. We get 45% of the gate for next week's game. That's huge for a club like ours - plus it'll be an incredible occasion for the fans, players, staff etc.

“It's sad but true that a lot of league clubs have to rely on either cup runs or player sales just to survive in the modern game.

Cutting off an important way of generating revenue would be another sad indictment of how the powers that be only care about the clubs at the top of the pyramid.

Since 2004 there have been 15 winners of the competition, 13 of those coming from the modern top-six, with Birmingham and Swansea the only anomalies. It used to be a chance for the likes of Luton Town, Sheffield Wednesday or Oxford United to win a trophy, now it is a simple procession to the final for the big clubs given the depth of squads available to them.

For many, the League Cup dilutes the achievement of a Wembley appearance given that the top six are there every year and also takes away from our grand old cup competition, the FA Cup. If the most historic competition in world football was the sole knockout event in England, clubs would be more inclined to go all-out to win it.

In recent years we have seen the League Cup used as a simple tester for new ideas. The ABBA penalty system lasted just one season in the competition, while extra-time was abolished in 2018 to bring in penalties immediately after a draw in 90 minutes. The tournament’s current status only serves to compromise its former position as one of the country’s major prizes.

With a sponsor and broadcast deal already in place, it appears the competition will last a few more years at the very least but whether it survives beyond the current agreement is not so clear cut. Should England follow France’s lead and step in line with the rest of Europe’s biggest leagues?