The Team GB women’s football team get their Olympic campaign underway on Wednesday morning against Chile, two days before the official Opening Ceremony.

It has always been a difficult task to form a football side made up of the four home nations, but Great Britain felt obliged to enter a side for both the men’s and women’s for London 2012 as this was the birthplace of the beautiful game. The side has not featured since the London Games due to the difficulties that come with needing to build the squad with a variety of players across the four nations. However, interim England boss Hege Riise, who was put in charge of Team GB’s side for Tokyo, has clearly not taken the politics of balancing the squad into consideration.

The Lionesses boss selected 19 English players for the Games while Scotland only have two representatives in the squad and Wales have just the one. Not a single Northern Ireland international was selected which does reflect badly on Riise, as it is supposed to be Team GB after all, and all four nations should be equally represented in the squad – regardless of the pedigree of players at your selection. While it is all political, England is not the nation in the Olympics, and Northern Ireland deserves some form of representation in the team.

It has already been dubbed as an impossible task, and with good reason. Having only featured in London 2012 as a registered side for the Olympics, Team GB have always been the latecomers to the Games and will always start significantly behind their opponents. As already mentioned, the politics of balancing the squad across the home nations comes into the major setback for the side – the group of players selected will have little to no experience of playing together which makes the preparation that much harder. You can understand why Riise decided to dominate her squad with England players in a bid to make the side’s preparations that little bit easier and give them a fighting chance against the nations whose squads are no different than the ones competing on the usual international football stage.

The Norwegian boss is tasked with getting her side past the quarter-finals, where they bowed out to Canada nine years ago. She has been handed an incredibly difficult task because she has to build a side built of three nations, but she has tried to ease the daunting task by including a significant number of English players, 15 out of 18 in total. 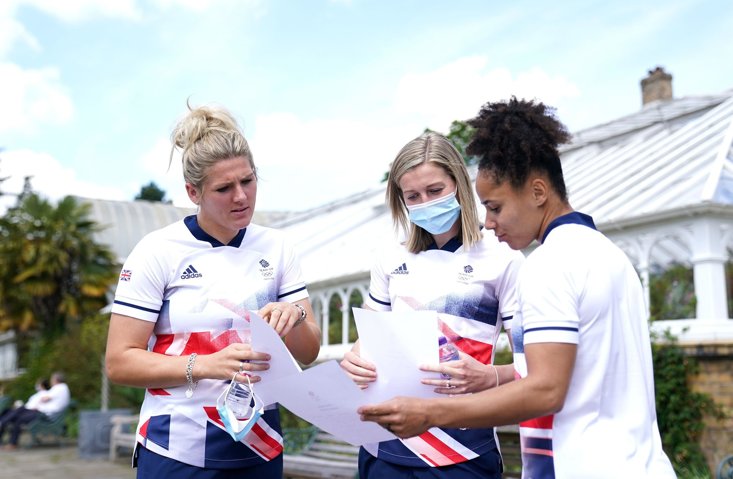 There are some standout Lionesses in the squad, including world player of the year Lucy Bronze of Manchester City, her teammate Ellen White and Chelsea’s Fran Kirby. There is no doubt in the quality within the Team GB ranks, especially with the likes of Scottish international Caroline Weir who is also one of the 11 Manchester City players included in Riise’s squad.

This will be a much-needed boost for her as it should help with the integration with Weir with the rest of the England players while Scotland and Team GB co-captain Kim Little will be surrounded by her Arsenal teammates Leah Williamson, Nikita Parris and Lotte Wubben-Moy to ease her in with the core group. Meanwhile fellow co-captain and Welsh international Sophie Ingle will be surrounded by her Chelsea teammates Kirby, Niamh Charles, Millie Bright and Carly Telford.

There is also the lingering uncertainty for Riise's future. Following the Olympics, she will only remain in charge of the Lionesses until September when current Netherlands’ boss Sarina Wiegman will assume the role. The Netherlands are involved in the Olympics and will be one of the tournament favourites since they are the current UEFA Women’s European champions as well as finishing as runners up at the FIFA Women’s World Cup in 2019. It will be interesting to see if Wiegman could meet some of her new players at a later stage of the tournament.