Derby County have been in administration for 15 weeks and are languishing perilously at the foot of the Championship. If results don’t improve significantly over the second half of the season, then the troubled Rams will experience their first relegation for 14 years.

It was back in the 2007-2008 season that the club suffered agony when they were dumped out of the Premier League, less than a year after winning promotion back to the top flight after five seasons in the second tier.

Rooted to the foot 11 points adrift of safety after a crippling 21-point deduction, it’s hardly a surprise some of the club’s most die-hard supporters have already accepted their worrying fate. And who could blame them after the financial debacle at Pride Park which has seen the club struggling in administration since September last year.

Despite all of their troubles – and there are lots of them - is former Newcastle United owner Mike Ashley the cash-strapped Championship club’s unlikely saviour? Well, if reports are to be believed, Ashley is readying a £50million bid to purchase the club.

The Sports Direct businessman, a polarising figure at the best of times, is understood to be in ‘advanced talks’ with Derby’s administrators, Quantuma. The 57-year-old’s reported valuation is believed to be bigger than a bid put forward by General Sports Worldwide, a consortium which includes former Derby chairman Andrew Appleby, former chief executive Sam Rush and Wolves' former CEO Jez Moxey. If successful, it would allow him to purchase Derby's Pride Park stadium from ex-Derby owner Mel Morris.

Cash is unlikely to be a problem with Ashley having completed a whopping £305million sale of Newcastle in October. It is understood Derby’s consortium, charged with securing the club’s financial future, believe their £50million price-tag is sufficient enough to pay all the creditors.

However, despite having been given the green light to sell the club by the English Football League (EFL), both Middlesbrough and Wycombe Wanderers have threatened legal action against the Rams for a £51million compensation claim.

Boro and the Chairboys are reportedly demanding £45million and £6million respectively after both clubs complained that Derby finished ahead of them in the 2018/19 and 2020/21 seasons. But those potential problems aside, the question which most fans are asking – and football observers to a similar degree – is whether Ashley is the right man.

His 14-year tenure at Newcastle was a disaster, with the club’s loyal supporters vocal in their support to get him removed. This of course an owner who presided over two miserable relegations – and the St James club have only had six in their illustrious history,

“I want to have fun and win some trophies," said Ashley soon after assuming control of Newcastle in 2007. 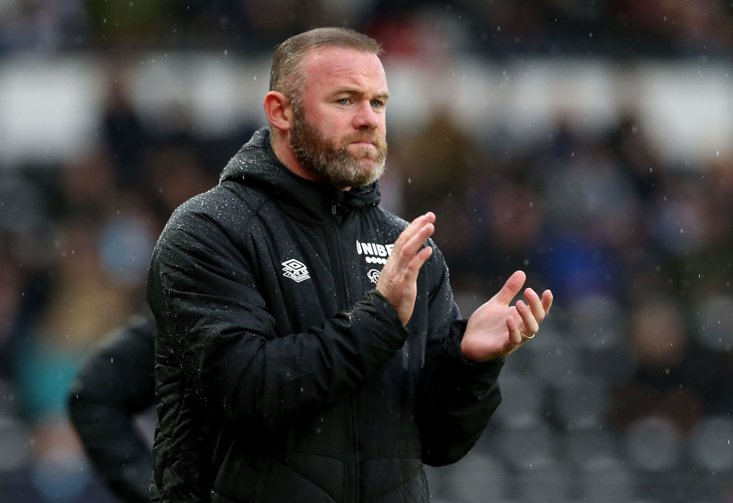 But despite splashing the cash in the North East, he never really built a healthy bond or rapport with Magpies’ fans - and his tenure looked doomed from early on. However, with American businessman Chris Kirchner having pulled out of a potential takeover deal, Ashley – whether the fans like it or not - could be the club’s only saviour from liquidation.

Kirchner pulled out of the running after revealing his frustration over negotiations with Quantuma. However, for their part Quantuma issued a statement saying they hoped to complete a sale by February.

“The issues we are having to deal with are complex and we simply were not in a position to accept Mr Kirchner’s bid as it did not meet the level of other bids received,” the consortium said.

On the pitch Rams boss Wayne Rooney is firmly focused on trying to overturn the club’s deficit and save the club from the dreaded drop. But the former England, Manchester United and Everton striker has stressed he has absolutely no idea if rumours linking Ashley with buying County are true or not.

The Rams are expected to announce a preferred bidder in the coming days, but Rooney – whose side crashed out of the FA Cup to Coventry City at the weekend - stressed: “I know nothing about it. Honestly I don’t.

“I know it’s very close to something being announced due to my conversations with the administrators.

“In terms of personnel and who that is, I can honestly stand here and say I don’t know.

“I’d think I’ll be standing here next week with that preferred bidder in place.”

Time, of course, will tell if Ashley is the man to turn things around but, whatever happens, the former Newcastle owner will continue to polarise opinion.

Derby are 1/7 to be relegated with Betfred*