It has been more than four years since Serena Williams won the last of her 23 Grand Slam titles back at a time when it appeared inevitable that she would equal, and eventually surpass, Margaret Court’s record of 24 crowns without too much of a fuss.

But the 39-year-old’s 11-tournament drought since returning following the birth of her daughter in 2017 might now be staring at the best chance she will ever get to draw level with Court, with the French Open draw having really opened up for her over the past week.

World No.1 and top seed Ash Barty’s second-round exit at the hands of Magda Linette added to the withdrawal of Naomi Osaka to clear the way somewhat for some of the other bigger names, and since Karolina Pliskova, Elina Svitolina, Petra Kvitova, Aryna Sabalenka, Bianca Andreescu and more have all gone by the wayside as well, there are very few serious hopefuls left to fight for the Women’s Singles title.

That means that Williams goes into Sunday’s fourth-round clash with Kazakhstan’s Elena Rybakina as 6/1 second favourite to win the lot with Betfred. Only reigning champion Iga Swiatek (evens) is shorter odds than the American, and seven-time former Grand Slam champion Mats Wilander believes Williams is in her best form for some time as she looks to finally make it to number 24. 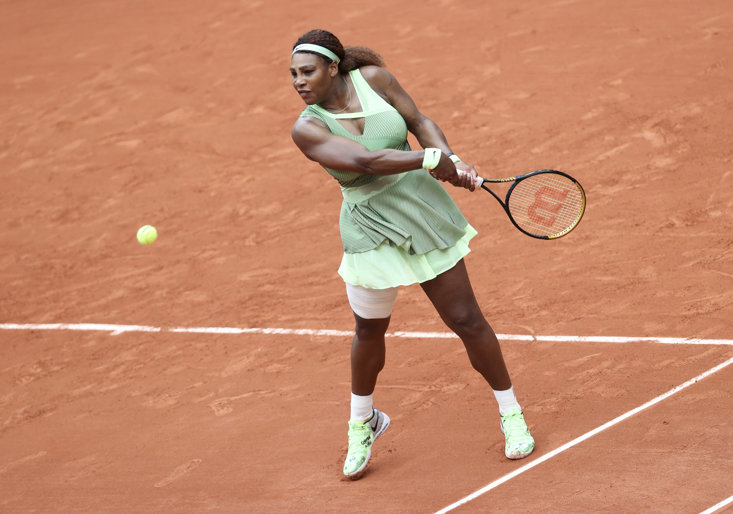 SERENA IS BEING TIPPED TO HAVE A SERIOUS RUN AT NO. 24

“Serena is playing really well,” Wilander told Eurosport after her third-round win over Danielle Collins. “This was a tough match, but she is hitting the ball well, she is moving well, she adjusted her tactics a little bit, so it was a really good performance.

“I think she’s feeling more comfortable, in that when she’s down she doesn’t panic. When she has to serve a match out, or serve the first set out, it’s no problem anymore. She’s gone back to that great champion’s mindset, which is why she’s won 23 majors. I think it looks excellent for Serena Williams.”

Former Australian Open champion Victoria Azarenka gets Sunday’s play underway on Court Philippe-Chatrier against Anastasia Pavlyuchenkova, with the Belarussian being one of Williams’ biggest challengers for the title. Swiatek, meanwhile, faces Ukrainian Marta Kostyuk on Monday, with the 20-year-old favourite looking to defend the crown she won when beating Sofia Kenin in the 2020 final.

Williams and Swiatek are both in the bottom half of the draw, meaning the pair are currently on course to meet each other in what would be an epic semi-final. And with two more victories under her belt to back up her unrivalled experience, who knows what shape Serena could arrive in if that scenario presents itself.

That elusive 24th Grand Slam title might be much closer than it has recently appeared.