The bruising opening throws of the Betfred Super League underline a vital need to balance player welfare with the preservation of rugby league’s blockbusting raw ingredients.

With nine players banned and three red carded before teams had even stepped out for their second games this week, never before has the sport triggered such a huge point of debate so early in a season.

It is one that even prompted the Rugby Football League’s chief on-field officer Dave Rotherham to clarify their stance this week, reaffirming that perceived rule changes to “clamp down” on high or late tackles are in fact only tweaks to sentencing guidelines.

Only minutes into their seasons, the pair will not therefore return until round 6 of a 27-round campaign.

Some purists claim rugby league is losing its heart and soul by banning players excessively for miscalculated or mistimed physicality.

Yet we live in an age of unprecedented research into and understanding of concussion and related brain injury that has necessitated a more considered approach to the game’s brutal collisions.

As I write this piece the former Leeds Rhinos captain Stevie Ward, forced to retire with concussion aged only 27 last year, is recovering in South America where he has undergone pioneering treatment into the brain injuries that took away his playing career in his prime.

Separately last October, a group of former players announced their intention to sue the RFL for negligence over what they claimed was a failure to protect them from brain injuries when they played the game.

In short rugby league is changing, and the days of the Barrie McDermott, Stuart Fielden or Adrian Morley “enforcer”, like Vinnie Jones who would ignite Wimbledon’s “Crazy Gang” with a leg-snapping two-footer, are probably gone and attitudes to where rugby league is right now are therefore polarised.

Wakefield coach Willie Poching is one of the leading figures who is concerned that the product will suffer.

"I'm not sure looking at most of the games over the course of the (opening) weekend if it's the look that we want, with teams playing with 11 and 12,” he said.

"You've got people you're enticing to come and watch a contest. I think some of that is the contest element being taken away.”

But another head coach - the Hull KR boss Tony Smith - one of the most celebrated leaders in the game after his multiple successes at Leeds, disagrees.

For Smith it is for the players to take responsibility and embrace the change. 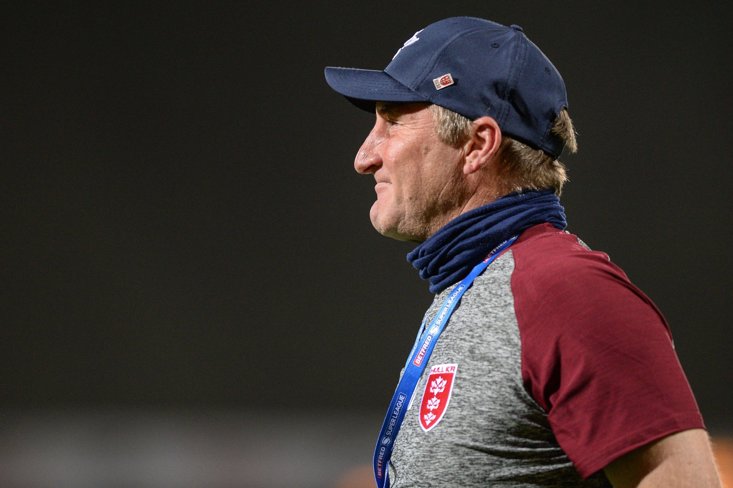 “I told our boys it could be one of the biggest turning points in the last 20 years,” he said.

“We need to clean it up and make it less dangerous: appealing for participants, not just viewers.

“We all have to buy into it or otherwise we won’t have a sport; we won’t have people to play our sport and we’ll all be getting sued left, right and centre if we don’t do something about it.

“Our game can’t just be about the collisions and the big impact unless we can do it safely where it doesn’t involve injuring peoples’ joints or their brain.”

Current players get it, but still regret it.

St Helens Grand Final winner Kyle Amor told me this week that much of the “brutality” that so attracts many to the sport in the first place, and that has formed a big part of his own game, is now gone.

But he admits “like it or not society and the game itself is evolving and we have to move forward with that”.

Saints legend Paul Sculthorpe doesn’t necessarily agree. Responding to Amor’s comments he tells me that while backing the RFL’s stance, he feels the game’s rule-makers must remember it is a physical combat sport and the very reason people fall in love with rugby league in the first place.

So what is the solution?

How can rugby league be both proactive on player welfare without saturating the thundering collisions that fans pay to see?

Ultimately it seems the RFL’s statement says everything. No rules have really changed, only the punishments have. The on-field communication between referees and players is usually excellent in both its clarity and respect. So the onus is on players to learn, to refine their thinking, and adapt accordingly.

Yet punishments are used as deterrents. So will players have no choice but to stop going for the huge hits to ensure they are not banned?

Only time will tell.

This could well just prove a sticky, transitional few weeks of players, coaches, fans and journalists getting used to it.

So as long as the wonderful raw materials that make rugby league so watchable remain largely intact, we’ll all be ok.