World number one Ashleigh Barty has booked her place in the Australian Open final for the first time in her career and will be hungry to claim a historic Grand Slam title on home soil.

Barty has had an incredible tournament in Melbourne to kick-start what was always going to be an exciting 2022 for her on court. And it could get even better as she is just one match away from claiming her third Grand Slam singles title as she prepares to face American Danielle Collins on Saturday.

The 25-year-old became the first Australian woman to reach the Australian Open singles final in 42 years, with Wendy Turnbull being the last back in 1980. Barty will also be fighting to become the first Aussie to triumph in Melbourne after Christine O’Neill in 1978.

A good omen for the Queenslander in the competition so far is that she is yet to drop a single set and her tennis has been outstanding. Not only has she demonstrated excellent technique from her serve, but also shown the composure to bounce back from when she has dipped, illustrating why she is currently the best in the world.

Her biggest test so far, as you would expect, came in the semi-final where she faced Madison Keys on Thursday afternoon. As a former top ten player undergoing a resurgence, the American had a point to prove. Keys, although she lost in straight sets, made Barty work hard for each point and both have been the best servers in the entire tournament, which made it a thrilling contest. Keys was looking for answers as she was comfortably beaten in the first set before roaring back in the second. However, Barty overcame a brief scare to hold, break and complete the victory.

Barty is still quite young in reference to her professional career on court, and for all the amazing things that she has achieved, the Australian Open has always been the tournament where her nerves have surfaced. It is understandable, of course, for someone who is looking to become the first woman from Australia to be crowned champion on home territory in 44 years. 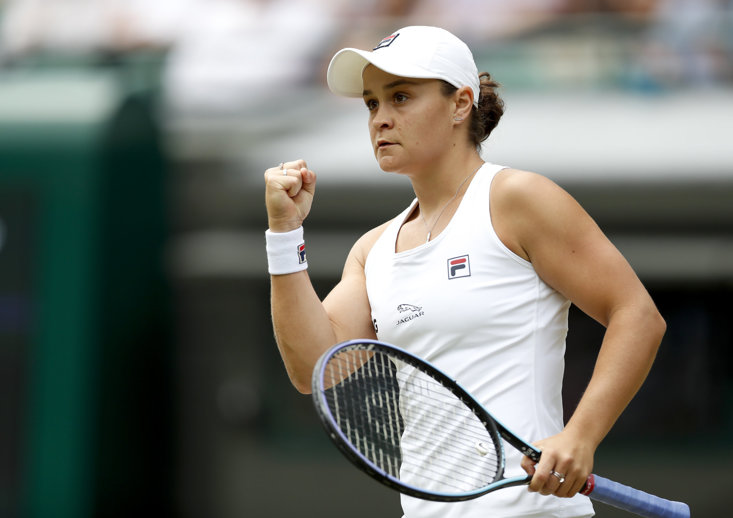 This may be her first final at Melbourne Park, but her game has evolved so much and from what we have seen from her so far on the hard court this month and she currently looks unstoppable.

The decision to retire from a warm-up event in Sydney seems to have worked in her favour, but is also worth noting that her coach, Craig Tyzzer, spoke on Wednesday about how she usually plays doubles in Grand Slam tournaments. Her decision to focus solely on the singles this time around is a clear indication of her intention to emerge as the champion.

With just one match standing between her and legend status Down Under, it seems as though this is her year and Australia will once again have a homeland hero on the court.

Barty is 1/5 to win the women's Australian Open Final*