Football could finally be coming home - sort of!

Britain and Ireland are set to stage a joint bid to host the World Cup in 2030 and plans are reportedly "on the front foot."

The FAs from the respective nations are coming up with plans to host the giant sporting event ten years from now and will come together to put a case forward.

According to The Times, the two nations are confident of landing the tournament and the English FA has already carried out a study into the feasibility of the bid, which was reportedly presented to other football associations ahead of Saturday’s Euro 2020 group stage draw.

The bid would see the whole of Britain host matches, with Cardiff, Glasgow and Dublin identified as major venues.

Wembley will, of course, also be used, with the showpiece final expected to take place in the English national stadium.

If the plans continue to come to fruition, a launch bid is likely to come in 2022, once government support is confirmed.

Speaking in Bucharest this weekend, Noel Mooney, general manager of the Football Association of Ireland, said: “The feasibility study is positive and there’s a sense the right thing to do is go forward. 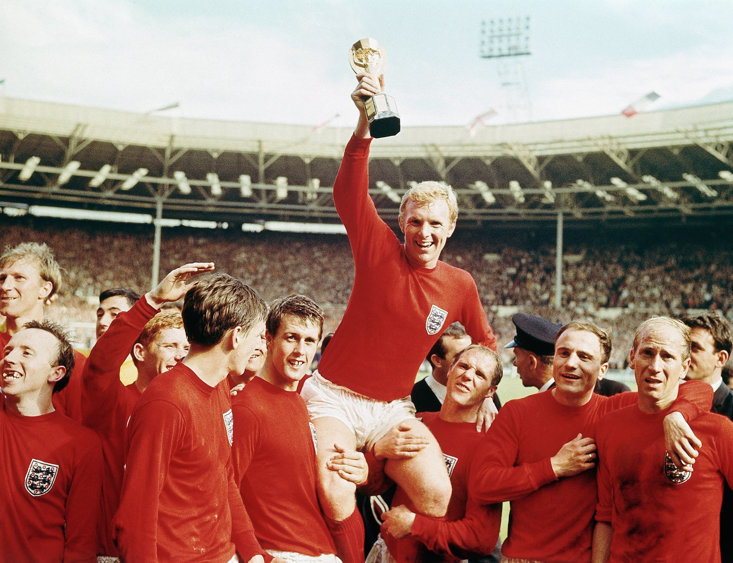 England emerged victorious in 1966, the last time a football World Cup was hosted on the British Isles

“This bid is out on the front foot and very well led by the English FA, who gave a very strong presentation. It’s a chance to get a really credible bid and hopefully win it.

“I’d be very surprised if there’s not a very credible bid from Great Britain and Ireland.”

UEFA president Aleksander Ceferin backed a potential joint bid from the host nations, insisting it was “about time” England hosted the global competition for the first time since 1966.

However, there could be a stumbling block.

FIFA could alter their rotation policy to accommodate a tournament in China, with FIFA president Gianni Infantino keen to see the Asian nation host the competition.

According to The Times, it is widely thought other bids would ‘have little chance’ of succeeding in beating China.

The nation has grown it’s football culture and infrastructure this century, investing millions in academies and the Chinese Super League.