It could be a very special Sunday for Italy as their men face England in the Euro 2020 final and now Matteo Berrettini will take on Novak Djokovic in the men’s singles final at Wimbledon. The seventh seed, who won at Queen’s recently, became the first Italian in history to reach the men’s final and the entire nation will be behind him, despite his underdog status.

He hit 22 aces in his 6-3, 6-0, 6-7 (3-7), 6-4 win over Poland’s Hubert Hurkacz in a performance which played to his strengths as he used his big forehand to break down Hurkacz. Not only is he the first Italian to make the Wimbledon final, but he is the first Italian man to reach a Grand Slam final since 1976.

"I have no words, really," Berrettini said after his win. "I need a couple of hours to understand what happened. I think I never dreamed about this because it was too much for a dream."

Just hours before Italy’s Euro 2020 final against England at Wembley, he will be looking to poop Djokovic’s Wimbledon party after the Serbian beat Denis Shapovalov in straight sets, 7-6 (7-3), 7-5, 7-5.

The top seed is still on course to complete a Golden Slam, after winning the Australian Open and the French Open earlier in the year, with the Olympics and the US Open still to come - which makes this final even more pivotal to his legacy. 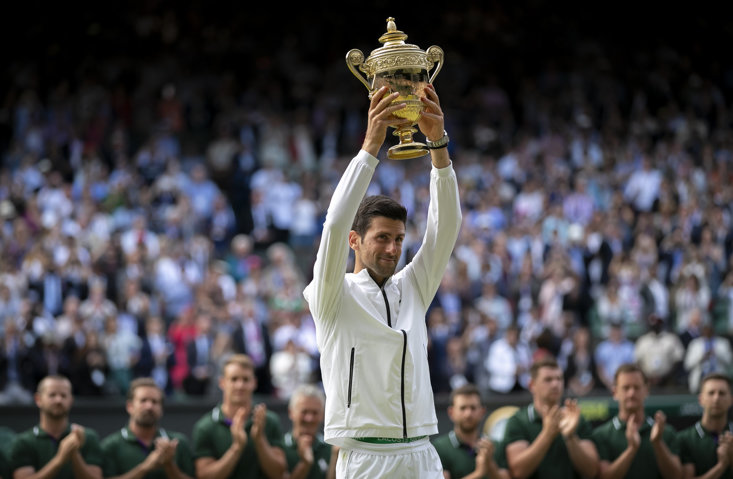 Djokovic is eyeing up his third Wimbledon title in a row

Djokovic heads into the final as heavy favourite with Betfred, and rightly so having won the last two editions of the tournaments, and if he wins on Sunday, that will be his sixth title in total at SW19 and of course bring him level with Roger Federer and Rafael Nadal on 20 Grand Slam titles in total.

Whether he completes the Golden Slam or not, a win at Wimbledon combined with any more future success would see him crowned as the most successful male tennis player of all time and he still has a few years on Federer and Nadal. Although Italy’s Berrettini could cause a major shock on Sunday, the Wimbledon crowd will be keen to see one of the best in the business take home the famous Wimbledon trophy once again.

An Italian double on Sunday would send the Bel Paese absolutely berserk, but it will not go down well with the nation that is hosting two of the year’s biggest sporting events on the same day. Make sure you have no plans for Sunday and get your spot in front of the television nice and early for what should be a thrilling day of sport.