Football
News
Tomori and Abraham took off for Italy after falling down the pecking order at Chelsea
Joey Mills
07:00, 23 Sep 2022

As England prepare to face Italy in their Nations League clash on Friday, Gareth Southgate’s side boast a bit of an inside track. While social media ubiquity means no international player is anonymous these days, the Three Lions will feature two players with lived experience of facing many of their opponents.

Ex-Chelsea duo Fikayo Tomori and Tammy Abraham both call Italy home these days. 22 players in the current Azzurri squad ply their trade as either teammates or opponents of that pair in Serie A. But far beyond merely a one-off tactical advantage, playing in Italy has actually been the best thing to happen to the careers of Tomori and Abraham.

Tomori and Abraham had both done their time as part of Chelsea’s infamous “loan army” when the divine intervention of a transfer ban and Frank Lampard taking over as manager threw them a lifeline. Suddenly youth was all the rage at Stamford Bridge and the pair were finally first-teamers. Abraham played in all but four of Chelsea’s league games in Lampard’s one full season at the club and finished as their top goalscorer. Meanwhile, Tomori was handed 22 appearances across all competitions. Along with Mason Mount, Reece James and Callum Hudson-Odoi they looked set to be part of an exciting English core for the foreseeable future.

What is it they say about the best-laid plans? As soon as the ban was lifted, the pursestrings opened again. English was out, over £200 million worth of talent was in. Kai Havertz, Thiago Silva, Timo Werner and Hakim Ziyech were the acquisitions who did the most to block our subjects. The writing was on the wall for Abraham and Tomori.

The centre back was the quickest to read it. He moved to AC Milan, initially on loan, that summer. Abraham stuck it out but saw his Premier League appearances cut from 34 to 22. With Romelu Lukaku joining the following summer, enough was enough for the promising striker. He followed Tomori to Italy, joining Roma. 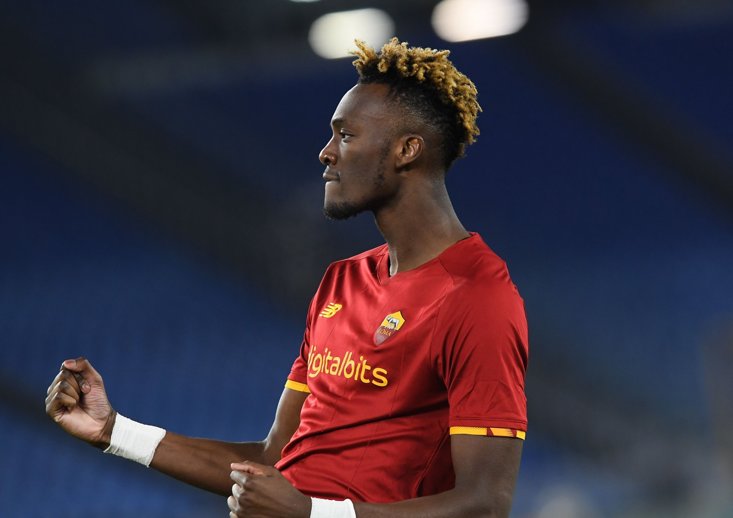 The pair haven’t looked back. Both have lifted silverware at their new clubs. Tomori helped Milan lift their first Serie A title since 2011, featuring 40 times in a season that saw the Rossoneri smash their record points total with 88. Abraham has hooked up with another face from Chelsea’s past, Jose Mourinho, with stunning results. The striker became the first English player to score more than 10 goals in a Serie A season in 30 years. Abraham also started Roma’s 1-0 win over Feyenoord in the final of the inaugural Europa Conference League.

The effect on their England careers has been positive too. Gone are the times when plying your trade abroad took you off a manager’s radar. Abraham is now an England regular while Tomori is slowly but surely entering Southgate’s thinking as he looks to earn a fourth cap. Were it not for Southgate’s loyalty to Harry Maguire, Tomori might well be into double figures by now. The manager tends to treat England like a club, with performances under him more important than those elsewhere. If the team was composed of the best English XI available then Tomori would be a shoo-in.

The lesson to take from Tomori and Abraham is that moving to another nation to further your career is more effective than accepting a bit part role in the Premier League. Jadon Sancho and Jude Bellingham have walked this path, both at Borussia Dortmund, with similar success. Particularly on the international stage, it is a benefit to be able to call on players used to other styles of domestic football. Far too many English talents have been lost to the conveyor belt of loans at stock-piling Premier League clubs. The new generation appear much more keen to experience quality game time wherever that may come, rather than chase the Premier League riches while sat on the bench or being parked at other teams on loan. The strategy works. Just ask Tammy and Fikayo.