Former Arsenal midfielder Jack Wilshere has claimed new Tottenham Hotspur signing Richarlison would not get into the Gunners’ team. In an interview with talkSPORT, the 30-year-old England international acknowledged Spurs’ new arrival “could be very good” but insisted “I don’t think he gets in the eleven” at the Emirates.

While Wilshere is Arsenal through and through, and thus overly-praising a Tottenham signing may not sit well, there are holes in his logic. Mikel Arteta’s side have just signed striker Eddie Nketiah to a contract extension and are working on a deal for Manchester City’s Gabriel Jesus. Even if they start next season with both these players in the squad, there is an argument to be made that Richarlison would get into their starting line-up.

Nketiah’s rise has been a surprise. Coming into spring, most expected the youth product to run down his contract and sign for a club a little lower on football’s totem pole. He was clearly gifted, but not at the level of the players he had competed with during his tenure, names like Pierre Emerick-Aubameyang and Alexandre Lacazette. But with the former joining Barcelona last January and the latter failing to agree terms on a new deal, Nketiah embarked on a perfectly-timed hot streak.

Having been used as a substitute exclusively until April, the 23-year-old started the last nine games of the league season. He notched an impressive five goals in the process, and suddenly the drive to extend his contract ramped up. But as impressive as his form was in the run-in, Nketiah is yet to prove he can sustain it over the course of a season. Meanwhile, Richarlison is a proven Premier League goalscorer. Despite being just two years older than Nketiah, the Brazilian has also played over three times as many Premier League games. Relying on Nketiah when your other option is a departing 31-year-old is one thing. Continuing to pick him when you have a 25-year-old international with the experience and goals to back it up is quite another.

With the Jesus deal reportedly imminent, it would make sense to assume the City man was part of Wilshere’s thinking when he made these comments. But despite Richarlison’s Brazil teammate being a four-time Premier League winner, he would not be a guaranteed pick if the two were at the same club. 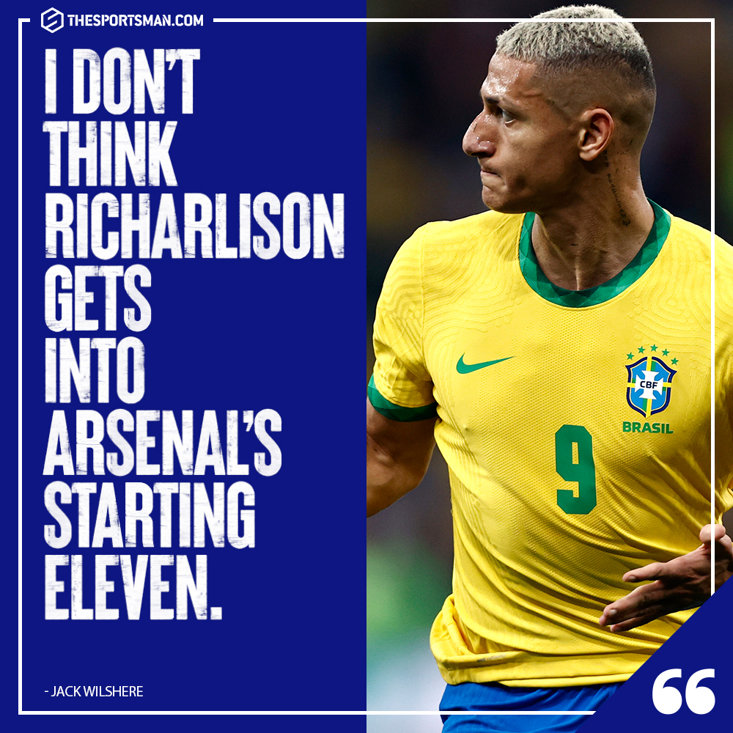 Richarlison is generally preferred to Jesus for a starting role in the national side, either leading the line or partnering Neymar. Head coach Tite often favours Neymar as the point of an attacking three, which sees both Richarlison and Jesus miss out. But when one of the two Premier League players starts, it is invariably Richarlison. Jesus is yet to start a Brazil game in 2022.

Of course international football is an altogether different beast. However, Richarlison’s contributions to club football have arguably been more influential than Jesus’. While Pep Guardiola has cherished the Arsenal target’s abilities as a utility man, with the multi-functionality that the Spaniard craves, he has never entrusted him with a weightier role. Even when Sergio Aguero ended his decade-long association with Manchester City, Jesus was not appointed the heir to his centre forward berth. Instead, Guardiola has used a rotating cast of false-nines until landing Erling Haaland.

Contrast this with Richarlison, who has been the main man at Everton for four years. Before signing for the Toffees he also featured in every Premier League game for Watford in the 2017-18 season. These teams operate at a lower level than City of course, but that’s sort of the point. Richarlison has been the talisman for teams looking up the table, while Jesus has been a valued but inessential part of a larger machine. Jesus has more Premier League goals than Richarlison, 58 to 48, but he has scored them in a far more creative team. 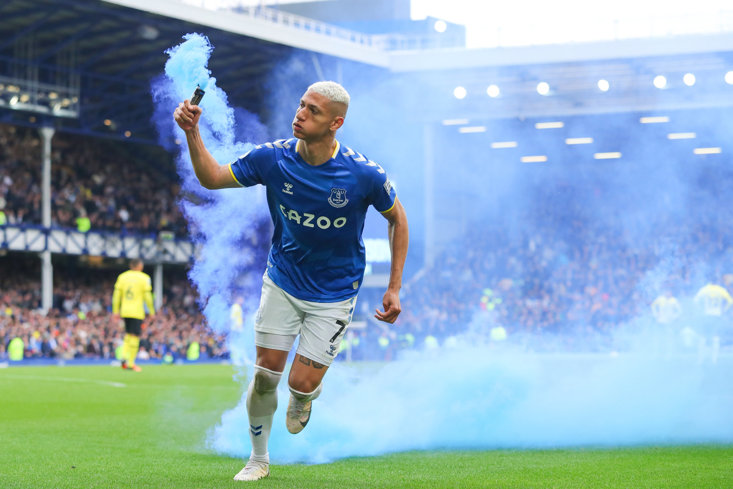 Jesus is a player of immense quality, and the comparison is not meant to denigrate him, but Richarlison is relied upon to be his team’s main attacking threat in a way Jesus has not been since his days at Palmeiras.

Wilshere can be forgiven for claiming a player who has just signed to Arsenal’s main rivals would not get into the Gunners’ team. But in reality, Richarlison would likely be a more major figure at the Emirates than he will be at the Tottenham Hotspur Stadium. Harry Kane and Son Heung-Min will still likely be Antonio Conte’s first-choice attackers. But if Richarlison was playing in red and white rather than blue and white next term, it is likely he would be a starter when fit.