It was hard not to feel at least a smidgen of sympathy for Nate Robinson, the NBA journeyman whose first tentative steps into the unforgiving world of professional boxing ended with him being bludgeoned to the canvas by YouTuber Jake Paul in just two rounds this weekend.

The 36-year-old boxing debutant, who was knocked down twice before being stopped, was humiliated, with social media descending into ridicule before his body had even touched the ground. Memes were born, laughs were had and Robinson’s ego will ultimately have come out more bruised than anything. But it could have been so much worse.

As medics stood over Robinson’s limp, motionless body lying face down in the ring on Saturday night in Los Angeles, you could hardly believe anyone would have sanctioned this ‘exhibition’. It’s extraordinary that a man who’d never boxed before would be allowed to step into fight six three-minute rounds at the drop of a hat. Mike Tyson, the co-headliner of this curious card, one of the greatest heavyweights ever, even started at four rounds.

The majority of pro boxers start to learn their craft at a young age, sometimes as children, and often have the foundations of an amateur career to lean on - Robinson had none of that and it showed from the moment the opening bell hummed through the nearly deserted Staples Center. 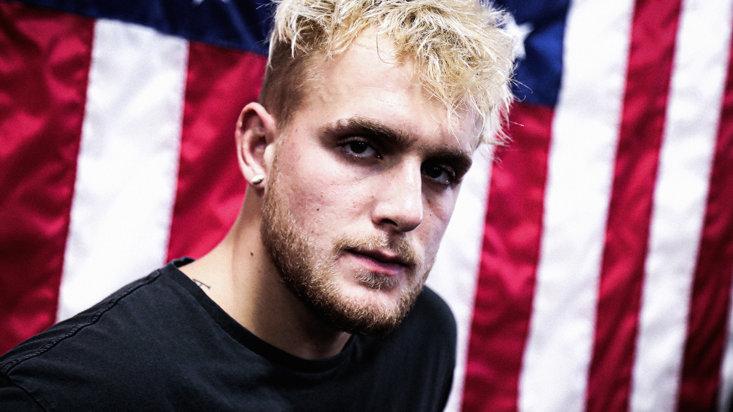 Seven-time world champion Amanda Serrano voiced her concerns, joining a chorus of professional boxers, around “celebrity boxing” on Twitter after the fight, “Boxing is a serious game. Nothing to be doing for YouTube likes.”

The Puerto Rican added, “Most amateurs turning pro fight four rounds, these guys are debuting in a six-rounder. Someone’s going to get really hurt one day. Not cool at all.”

Even Jake Paul, Robinson’s conqueror, had at least fought professionally once before and seems to have taken training for the fight seriously, sparring regularly, and pulling in boxing legends like Shane Mosely, adding vital experience to his camps. Who knows if it was arrogance or naivety that led Robinson to the ring, expecting to be able to show up despite only putting in a couple of month’s work, throw a few punches and win. But the real problem lies with those who sanctioned it.

YouTube or “celebrity” boxing is here to stay, whether we like it or not - it’s a tour de force when it comes to numbers after all, but if it is going to continue stringent measures and regulations need to be put in place immediately, otherwise it won’t just be the memes and bruised egos we’ll be talking about on a Monday morning.