The circus hasn’t left town, but we do have a change of clowns. Actual genuine professional boxer Tommy Fury has pulled out of his social media superfight with combat sports dabbler Jake Paul, citing a severe chest infection and a broken rib. Instead we will see the most hotly-anticipated boxing rematch since Logan Paul vs KSI II, when ‘The Problem Child’ faces Tyron Woodley for the second time.

In a departure for Paul, this will be the first time he has ever faced someone with an existing professional boxing record. Woodley’s record? 0-1. That one fight? His first bout with Jake Paul. After the 7-0 Fury’s withdrawal, Paul could have sought out a boxer of equal standing with the injured Mancunian. Instead, he has reverted to type in fighting his fifth consecutive non-boxer. His utter refusal to meet even a low-level professional pugilist undermines his frequent assertions that he’ll one day be sharing the ring with the likes of Saul ‘Canelo’ Alvarez.

Money is at the centre of the Paul universe though, and Jake would argue there is no point facing a journeyman or even a novice pro without name recognition, when he can make money facing a non-boxer in Woodley. His fanbase don’t watch him for the boxing, but to see the next chapter in his story. Tyron Woodley, by virtue of having faced him once before, is already a character in this story. The former UFC welterweight champion is a known entity to Jake’s YouTube subscribers, most of whom couldn’t name cruiserweight champion Mairis Breidis, let alone a lesser opponent befitting of Paul’s experience level.

Fury’s withdrawal is not likely to affect the Jake Paul gravy train one iota. The YouTuber’s fans don’t tune in to see sport, they tune in to see his quest for supremacy in his own ghetto of combat. Jake is the king, and a rogue’s gallery of undertrained ex-UFC fighters and washed-up basketball players are his jesters. But for Fury, the effects of pulling out could be catastrophic.

It is far beyond the remit of The Sportsman to question his injury, and we will not be participating in such wanton speculation here. But, crucially, Paul is questioning it openly. His audience of millions of followers and subscribers are being educated, rightly or wrongly, that Fury’s withdrawal was an act of cowardice. They will listen because in this warped kingdom, Paul is the sole ruler. Paul has gone as far as to refuse Fury a rescheduled date, effectively kicking him off the gravy train. For a 7-0 fighter who has exclusively beaten journeymen, this was the most lucrative fight possible for Tommy at this stage. So where does he go next? 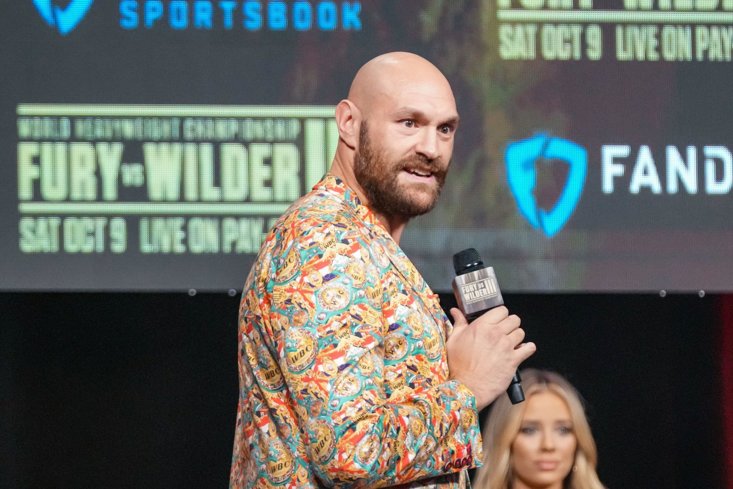 My brother's keeper: Tyson was heavily involved in Tommy's preparations

To the untrained eye, a return to fighting club fighters on televised undercards will be viewed as a step down, despite the fact the men Fury is likely to meet on that circuit would crush Jake Paul. If the yellow brick road to social media boxing riches really is cordoned off, Tommy will have to battle away for a number of years to reach the same sort of payday he was set to receive against the influencer. Does Fury, already a celebrity by virtue of his name and his Love Island participation, have the stomach to go down the well-worn route of the legitimate British pro?

The Fury name may also be tarnished by his withdrawal. Heavyweight champion Tyson Fury put himself front and centre of his younger brother’s preparations for Paul. Father ‘Big’ John Fury also lent his support, aiming a volley of unprintable invective at the Ohio native via satellite in a bizarre interview. Will the wider Fury clan be as eager to back Tommy publicly now he has pulled out of a fight he looked certain to win? The Fury name has been built on overcoming adversity, on a macho toughness that ignores pain and keeps moving forward. While it is most likely the younger Fury had every reason to pull out, will his withdrawal be seen as betraying the warrior’s code that the WBC champion Tyson extols?

Ultimately, this sordid world of fringe fights belongs to Jake Paul, and the rest of us just reluctantly live in it. The social media star alone makes the decisions, and if he shuts out Tommy Fury from now on there’s nothing anyone can do to stop it. If Jake racks up a 50-0 record against the likes of Richard Madeley, Dennis Rodman, Jacob Rees-Mogg and Barry from EastEnders, he will still make millions doing so. The circus flirted with a faint sort of legitimacy in allowing Tommy Fury to temporarily wear the paint. Now he’s withdrawn, send in the clowns.