One of the headline sporting events of 2019 was provided by the YouTubers KSI and Logan Paul for their heated grudge match in November, a reunion after the majority draw the previous year. Autumn in L.A brought a win for Britain’s KSI via split decision, a fight that brought bigger pay-per-view numbers than professional pugilists Anthony Joshua and Andy Ruiz Jr. going at it again for the WBO, IBF, WBA and IBO heavyweight world titles in Saudi Arabia.

There may not yet be a bout announced to match such enormous expectations, but Logan’s brother Jake is prepared to avenge his sibling and defend the family name by eyeing up KSI for a future bout.

Paul the Younger is currently gearing up for his own clash, on January 30, against another British YouTuber AnEsonGib, as the worlds of social media promotion and boxing collide once again. The location this time is Miami, Florida on the undercard of Demetrius Andrade vs Luke Keeler.

“I’m excited,” said Paul who has been training with former three-weight World champion ‘Sugar’ Shane Mosely in Big Bear, California. “I’m more prepared than ever, this sport of boxing I’ve fallen in love with. It’s an honour to be on the card with legends.

"We’ve been putting in the work in Big Bear. It’s an honour to work with a legend like Shane Mosely, and I look forward to knocking this big nose out Jan. 30. That’s the game plan and that’s how it’s going down.

“You don’t know what you’re getting yourself into. You used all your American Airlines miles to get knocked the f*** out.”

Paul’s mind, however, appears to remain firmly on facing KSI in the ring.

“Gib is a doormat to me. He’s something I’m wiping my shoes with to revenge my brother. My brother lost on a two-point deduction to KSI. All respect to him, but I’m just a different fighter, different mentality, and after I beat GIB, KSI is going to get the smoke.”

The two outspoken personalities are making their professional boxing debuts, in an event once again promoted by Eddie Hearn. Gib for his part is equally as confident in coming out the victor as Jake Paul. 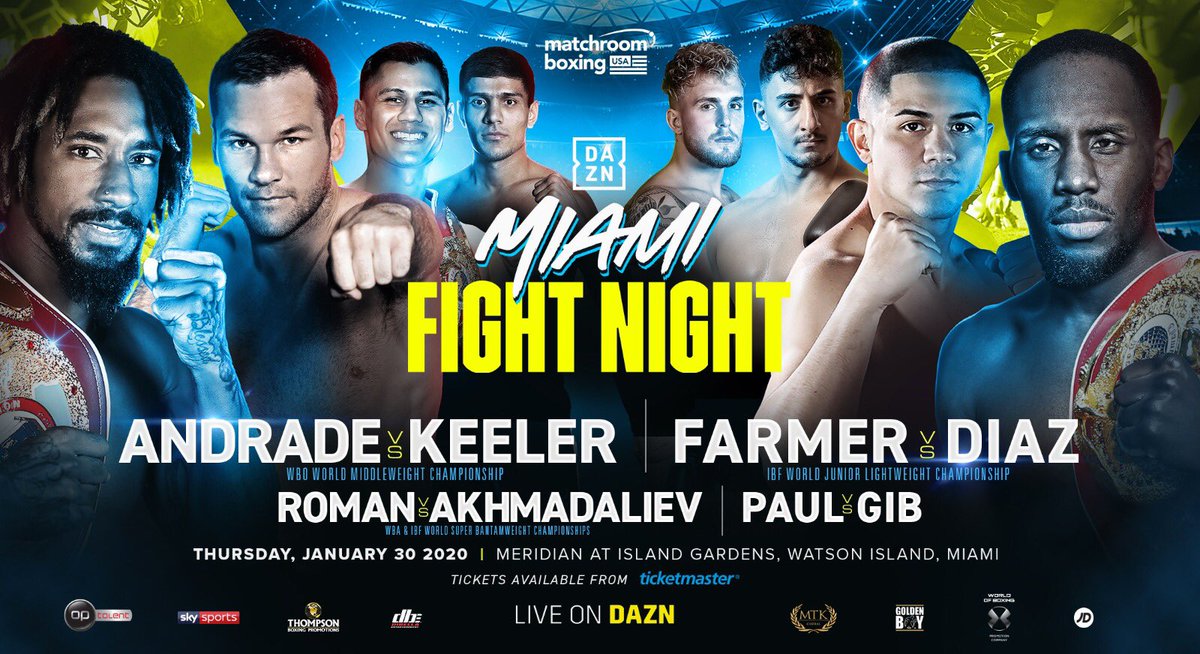 “This man has fallen on all his social media platforms,” said Gib. “He took down my video for a specific reason, I guess the receding hairline comments got to him. I’ve made more money than your crew up there will ever make in their lives.

“When it comes to boxing, I’m going to knock him out. It’s a fight I wanted. He didn’t want this fight, I forced this fight upon him. I’ve been training every day, doing the sparring, doing the running, and doing what I need to do.

“You can expect a great performance, Jake on the canvas, and my hand raised as usual.”

The Sportsman spoke to AnEsonGib back in October, ahead of KSI v Logan Paul Part Deux, and spoke disparagingly of his opponent from across the pond: “He is getting dropped. He doesn’t stand a chance! He doesn’t stand a single chance. My style compared to his is completely different.