Rugby League
News
Former England captain Graham is desperate for the game to take its chance on the global stage
George Riley
08:35, 30 Jun 2022

Great Britain legend James Graham says international rugby league needs to learn lessons from rugby union ahead of a World Cup he expects to be the best ever.

This year’s tournament - postponed from last year after Australia and Zealand opted not to travel following the pandemic - takes place across England in the autumn, with former national captain Graham desperate for the game to take its chance on the global stage.

Buoyed by impressive performances from the Pacific Island nations last weekend, the retired St Helens great has urged everyone involved in rugby league to come together and back an event that fell apart 12 months ago when the Southern Hemisphere superpowers opted to stay at home.

Graham believes the number of players now choosing to play for Samoa, Tonga, Papua New Guinea and the Cook Islands, rather than Australia or New Zealand, will produce the fiercest and most dynamic competition ever seen.

“Players are choosing to represent their country of heritage and it has put international rugby league in the strongest position I can ever recall it being in,” says Graham who represented his country in three World Cups including the 2017 World Cup Final.

“This is a genuine five, six team competition now. We look at the World Cup and it will have never had so many stars from the NRL and Super League.

“It’s a World Cup I can't wait for. This is going to be the most exciting and competitive international tournament ever.

“But we have to capitalise on this and make the most of our opportunity. We can’t afford to waste this one. The international game needs a plan, a structure.”

Graham is now retired in Australia, combining media work with roles at his former club St George Illawarra Dragons. He enjoyed a fairytale end to his playing career by winning the Grand Final back at boyhood club St Helens with a try scored after the hooter in his last ever game. 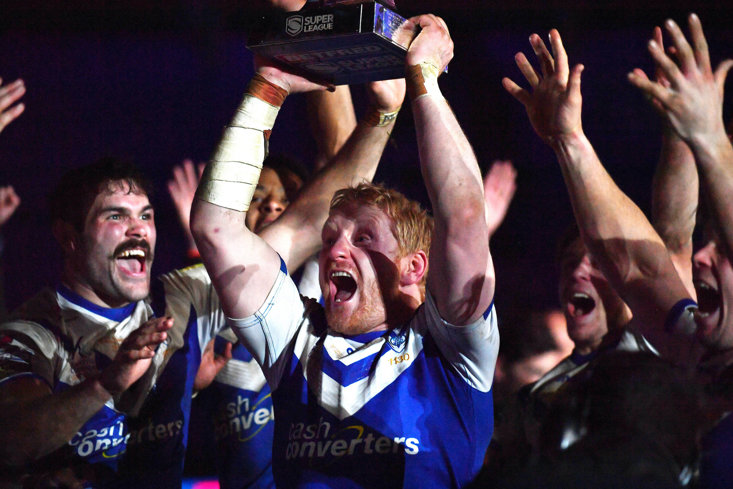 The 36-year old remains as passionate about the sport as he ever has been, and is desperate that league learns lessons from their rival code in order to grow the game on the international stage.

“I look at rugby union 20-30 years ago with the addition of Japan and Argentina who came on to the big stage as minnows and it was almost a bit of a joke,” he says on his new The Bye Round podcast.

Graham believes there is a responsibility on everyone involved at every level of rugby league, from players, coaches, fans and media, to make the most of an opportunity to put a sport he describes as “the world’s best kept secret”, firmly on the map.

And he speaks with genuine excitement.

“All the stakeholders within the game need to get behind the World Cup. I’m confident in the product, in the talent and competitiveness. Fundamentally we have to get behind this and look to grow our game. It is the world’s best kept secret.

“I understand the stress coaches are under and that they don’t want to release some of their stars to go and play in the World Cup, but we all need to get behind this and the players need to be trusted and come back in good condition.

“But international rugby league has never been in a stronger position as far as I’m concerned. Look at that New Zealand side, wow. They have so much talent.

“I think Tonga will improve as well, I speak to the players and there is a clear desire to represent their nations. They want to play international football. It should be the pinnacle of our sport. International rugby league needs to be on the map because the players love it. “

England open their World Cup campaign with a dangerous group tie with Samoa in Newcastle on October 23rd, before playing France and Greece.

They have avoided New Zealand and Australia, with the two heavyweights in the other half of the draw - Australia face Scotland in their group along with Fiji and Italy, while the Kiwis are in with Ireland, Lebanon and new boys Jamaica.

Wales are in arguably the toughest group of the lot as they face Tonga, PNG and Cook Islands, with head coach John Kear admitting that one win would represent a successful tournament.