Football
News
The Liverpool legend's love for the beautiful game shines through every page of this excellent book
Jack Porter
08:00, 15 Nov 2020

Over the past seven years through his stellar television punditry work, one-club man Jamie Carragher has developed into one of the UK’s best known and most popular sports personalities, and that personality is welcomingly not stripped back in a new publication from the Liverpool legend that has arrived this winter.

Following the path paved out through his excellent podcast series ‘The Greatest Game’, whereby Carra interviews a well-known personality on their individual favourite football matches, in this 350-plus page compilation, the former defender has instead put himself front and centre, selecting the eleven games of the most dramatic and high-octane quality; events that he has cherished, occasionally rued, or now believes need revaluation or reappraisal.

The production has been far from slapdash, with each chapter - of noticeably considerable length - presenting the background, key features and moments, and fundamentally partial to personal context. In lesser hands, the potential for the book’s content could have been lifted straight from Wikipedia, but instead through Carragher as both narrator and part of the narrative (all of the matches are from his lifetime) the result is an extremely thoughtful, well-analysed, and relatable read. His perception alternates between fan, player, pundit, and unashamedly back to fan again. For example, Carra joyously urges the change of perception of the infamous melee between Everton and Bayern Munich (yes those days did once exist, Toffees!) at Goodison Park, when Howard Kendall told his opposition number Udo Lattek to ‘F*ck off and sit down’ after the German compared the home side's antics to a game of rugby. 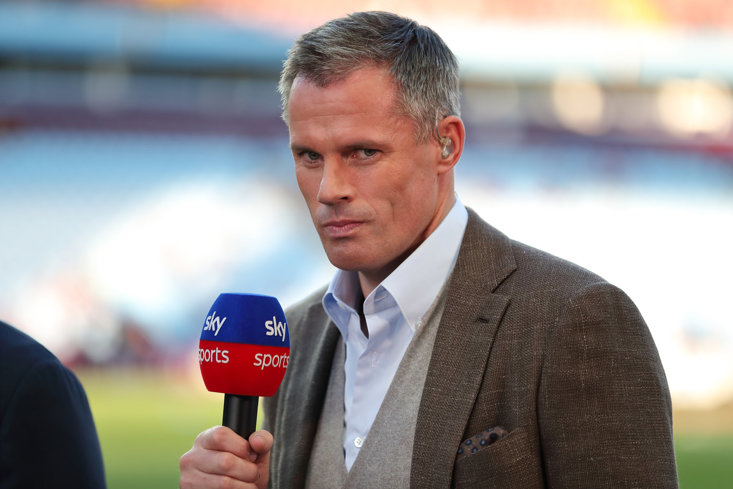 These are events that Carragher, as a seven-year-old in the stands as a boyhood Blue, was in the presence of. “I had become accustomed to the idea of Everton battering Bayern into submission, the traumatized Germans ill-equipped for what hit them inside a Goodison cauldron,” reflects Carragher in his comprehensive analysis of the iconic 3-1 game on Merseyside, “Forget it… This was not, as many have depicted since, a culture clash between suave Europeans and ultra-aggressive Brits.”

A smörgåsbord from across the spectrum of the soccerarchy contributes and helps bring these matches back to the forefront of memory again. Peter Reid, Jürgen Klopp, David Beckham, and of course SkySports sidekick Gary Neville, all feature. Old Anfield chum Michael Owen helps talk through England demolishing Germany in 2001, whilst Xavi discusses arguably the greatest team performance ever seen in a European Cup Final, and Wayne Rooney on being on the receiving end of it. Certain triumphs from Manchester City and United (no spoiler alert really required) are also given due consideration and appraisal, with the respective formative figures on hand to illuminate. Liverpool, the club Carra had a two-decade association with, predictably bookends, with the opener of Anfield’s greatest night in beating Barcelona in 2019, and the events of Istanbul of 2005 to fittingly close. But non-Reds should forgive him for that. This is the work - like you and me - of a football fanatic first and foremost.

Despite The Greatest Games’ readability and easily-enjoyable nature, there is an important additional purpose. The football fan has become blindly accustomed to demolishing matches in bitesize highlights and YouTube clips, fan-comprised montages with wholly subjective angles. Gifs and tweets increasingly replace analysis and developed thought. When was the last time you watched a classic game you have long held dear, the ones you champion in close quarters and chat rooms? Maybe, as Jamie Carragher rightly, subliminally urges in The Greatest Games, it’s time you did so. You’ll be surprised.