Football
News
The young Lions were knocked out of the Euros on Wednesday
Simon Lillicrap
21:22, 31 Mar 2021

Former Liverpool defender and Sky Sports pundit Jamie Carragher believes the England U21 job could be the ‘perfect’ next step for Frank Lampard.

The young Lions were cruelly knocked out of the European Championships on goal difference despite beating Croatia 2-1 having conceded a late, pivotal strike in injury time.

Having lost their opening two group games against Portugal and Switzerland, Aidy Boothroyd’s position as manager has come under intense scrutiny and he himself said this week, “The England senior men's job was called the impossible job. The England U21 team is the utterly impossible job." 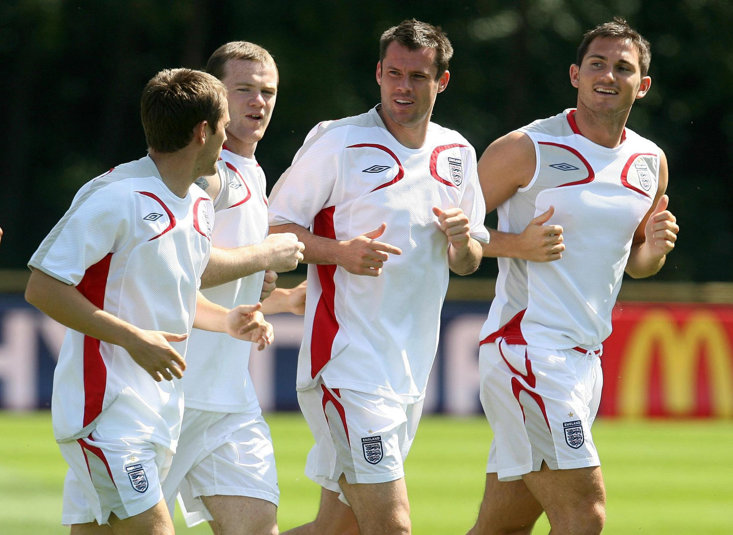 Asked by The Sportsman who would be a good fit for the job should Boothroyd move on, Carragher said, “You actually look at the job of the under 21s, I almost think it would be perfect for someone like Frank Lampard. I think he has just had a new-born baby as well and it may be the perfect job for him I think.”

Chelsea legend Lampard was dismissed by the Blues earlier this year after previously taking Derby County into the play-offs and Carragher believes his former England team-mate would be a hugely positive influence on the nation’s young charges and added, “Everyone in the squad would look up to him, they’d be in awe of him. He has still got that youthfulness in that he hasn’t retired too long ago, he’d have that connection with young players.

"I think if you were a young player you would be absolutely over the moon if Frank Lampard was the manager and that may suit Frank right now, I don’t know.

“He may want to get right back into the thrust of things but coming out of Chelsea, it is still a high profile job, you’d be coaching and training really top players, young players and it is not every day. So maybe if he has got things in his life he wants to do he can get on with that as well, so I think he’d be a brilliant fit.”

Another name linked to the job is Eddie Howe, however, Carragher doesn’t believe the former Bournemouth boss would take it and said, “I don’t think Eddie Howe, unless he was almost told he would be the next England manager. I think he’s got such a good CV and experience as a manager now.

“I think Frank has dipped his toe in, with Frank it is almost, does he want to have a long managerial career or does he almost want to pick and choose his jobs.”