The fourth year of the Dublin Racing festival takes place this weekend, with a stellar line-up of Irish national hunt horses battling it out for top honours.

The usual names of Willie Mullins and Gordon Elliott have plenty of contenders throughout the fifteen races spread over the two days, which includes seven grade-one races.

Top Irish amateur jockey Jamie Codd, who has 10 Cheltenham festival victories on his CV and partnered the presently unbeaten Envoi Allen to victory on this weekend back in 2019, took time out to join us and look ahead to the weekend.

“It’s been a fantastic initiative and it’s great to have this kind of prize money at this time of year, it has been very well supported by the trainers here in Ireland," Jamie told The Sportsman.

Amateur riders are currently not permitted to ride in the UK due to the pandemic. How hopeful are you of making it to Cheltenham?

“At the moment we’re struggling. The BHA are not allowing the amateurs and qualified riders to ride in the UK. This thing is developing so quickly and hopefully by the end of February we will know more.”

Let’s look ahead to the big races then, starting with the Grade 1 staying novices’ hurdle.

“It’s a fantastic start to the day and very competitive. The one that’s interesting in my book here is Gentlemansgame for Mouse Morris. His yard has been on fire the last few weeks and this horse won his point-to-point in the autumn and absolutely destroyed the field down at Cork. He is a big imposing grey horse and I’m really looking forward to seeing what he’s about. Vanillier is another interesting horse. His work from the second last at Limerick was very good and Leopardstown should suit. 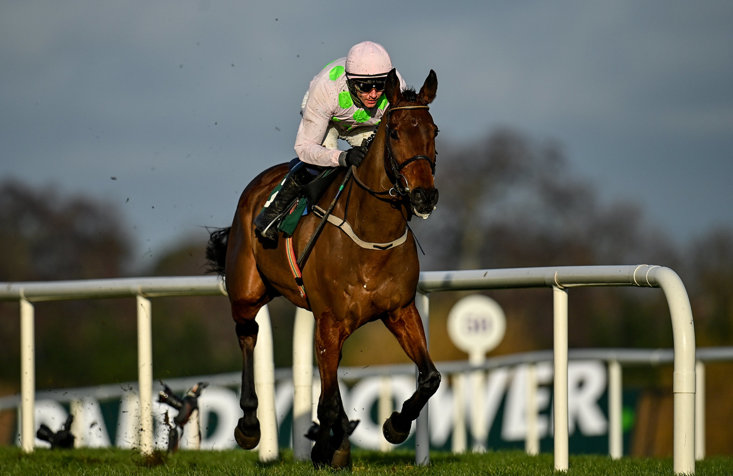 CHACUN POUR SOI HAS THE CLASS TO BRING IN A WIN

What about the Dublin Chase as last year’s 1-2 Chacun Pour Soi and Min clash again?

“Look, I think this is all about Chacun Pour Soi. He has been awesome and I’m really looking forward to seeing him again. I think he will have that bit of class and more tactical speed than Min and looks likely they’ll finish in that order again.”

It’s the same course and distance for the novices in the Arkle too Jamie...

“Energumene has been very good in what he’s done over fences. He beat Captain Guinness very impressively, but I think this’ll be different as I think there will be a lot of pace. It may be a race in which they go a little too quick as the ground will be very soft, so will these frontrunners be able to keep going? Bryan Cooper may just tip around on Franco De Port again and pick up the pieces."

Honeysuckle put her unbeaten record and title on the line in the Irish Champion Hurdle at 3.15 in a bid for a perfect 10.

“Fantastic race. Really exciting small but select field. So good to have Honeysuckle back and what a mare she is. Rachael [Blackmore] gets on well with her and the dig in the ground will suit. What a servant Petit Mouchoir has been. Every day he turns up and I think he will do the same here and put up a bold show. Really confident in him running a big race. 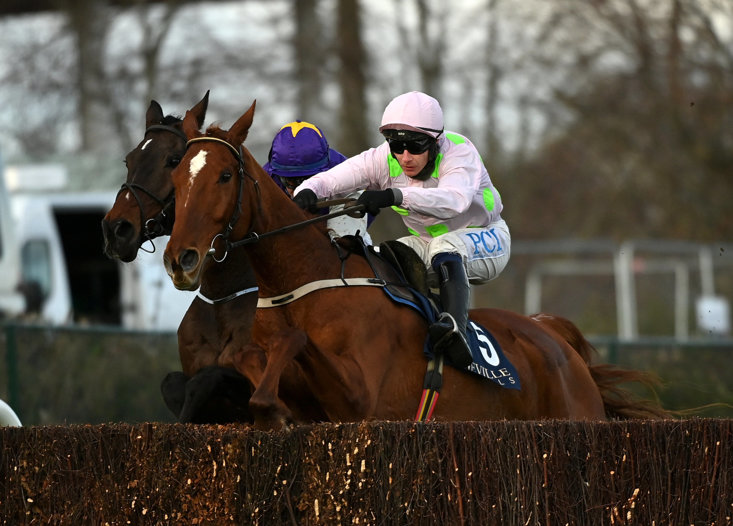 MONKFISH LOOKS THE STANDOUT UP AGAINST ASTERION FORLONGE

“It’s been well publicised Gordon [Elliott]'s horses weren’t right over Christmas, and Ballyadam was no different. The minute he jumped off he was a beaten horse and the fact he was fourth is testament to his ability. The ground is a worry, he is not overly big compared to the scopey horse of the favourite Appreciate It, who is the standout and is adored by Patrick Mullins. Whatever he did last year in his bumpers, he knew this was going to be a bigger year for Appreciate It. I thought Joseph O’Brien's horse, Keskonrisk, who sold for some nice money, ran a very good race over Christmas and if there is one horse to put it up to Appreciate It, it could be him.

We get to see Monkfish again in the Flogas Novices Chase who won at Leopardstown over Christmas, beating the reopposing Latest Exhibition but Willie Mullins also saddles Asterion Forlonge and Janidil.

“I see Patrick Mullins rides Asterion Forlonge and it’ll be interesting what way Patrick will approach this as I think his runs right handed he possibly wasn’t comfortable going that way, so with the big open track at Leopardstown being left handed, that horse might just be a little bit different. He is on a retrieval mission though. Latest Exhibition has been very good, but he has bumped into Monkfish at Cheltenham in March and he has been beaten. Monkfish looks the standout here and looks a real Gold Cup contender after his novice campaign.” 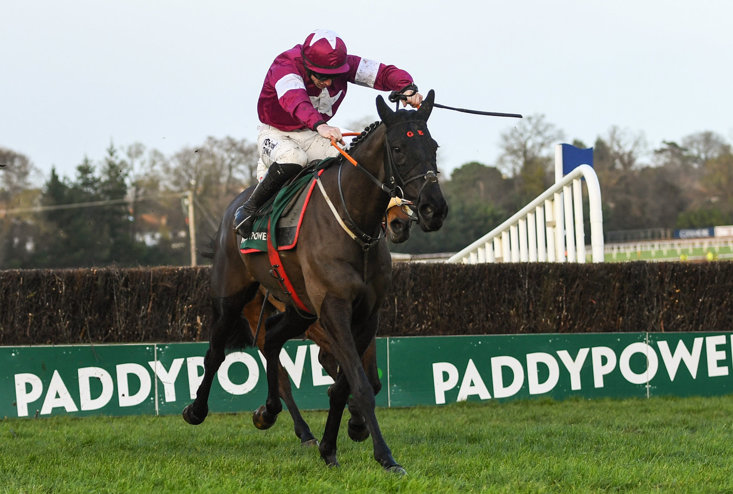 DELTA WORK COULD RETURN TO FORM ON SUNDAY

The Irish Gold Cup could be billed as the feature of feature races this weekend and I’m looking for a positive word on last year's winner, Delta Work. What can you tell us?

“Melon is one here who ran a brilliant race at Christmas and a slight mistake at second-last cost him a little momentum. If he stays the trip he is a very classy horse who has been placed in Champion Hurdles and looks a Ryanair horse, but Sunday will tell us a lot more if they hang onto him a little bit. Minella Indo had a silly fall the last day, but that’s a novice in senior company for the first time so you have to forgive that and The Storyteller won at Down Royal and is a model of consistency. But I think Delta Work is going to come back to form here. He was absolutely bouncing the other day and he is in rare old order. He had no race the last day. Melon had a hard race, Kemboy had a hard race, this fellow had no race at all. I think Sunday could be the day for him.”

Brilliant. Fingers crossed. So, the one horse that you are looking forward to this weekend who you think has a real good chance of going in?

Simple as that. Jamie Codd rides Chemical Energy in the 4.25 on Saturday, the race he won aboard Envoi Allen two years ago and has high hopes for his ride this year.

Enjoy the Dublin Racing Festival on ITV4 and Racing TV this weekend.