Italian teenager Jannik Sinner might easily have been gliding down ski slopes for a living had things panned out differently. Instead, the 19-year-old born in the country’s South Tyrol mountain region has been racing up the world rankings in his chosen sport of tennis.

Last year marked a huge breakthrough for Sinner, already up to No17 in the ATP list and being burdened with the tag of having the best chance of winning a men’s Grand Slam title for his country since Adriano Panatta at the French Open 45 years ago.

And it was at last year’s Roland Garros tournament that Sinner gave the clay-court legend and record 13-time French Open winner Rafael Nadal a real game in the quarter-finals, the youngest player to reach the last eight on his Paris debut since the Spaniard himself in 2005.

And since then there has seen the sort of consolidation and progression to suggest a player with a huge future in the sport. There was a first ATP title at the Sofia Open at the back end of 2020, soon followed by a second at the Great Ocean Road Open in Melbourne earlier in 2021.

Sinner, who will be relishing another crack at the only Major to take place on the clay, reached his first Masters 1000 final at the Miami Open, beating world No12 Roberto Bautista-Agut in the semis before going down to doubles partner and good friend Hubert Hurkacz. 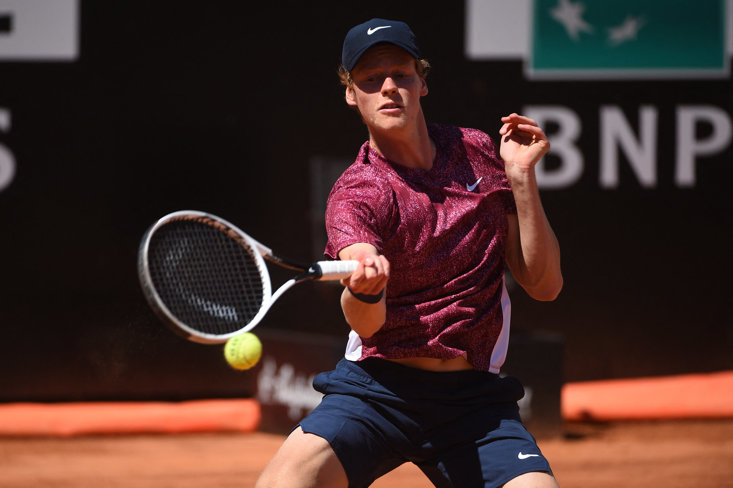 And there has been no disgrace even in some of the defeats. He pushed Nadal again at the Italian Open in Rome in May, only lost to Dennis Shapovalov in five sets at the Australian Open, and had good matches with Stephanos Tsitsipas in Barcelona and world No1 Novak Djokovic in Monte Carlo.

Sinner said recently, “It was a great and positive week getting to the final in Miami, but obviously losing in the final on the last day of the tournament was tough.

“There are always things you watch afterwards and think what you could have done differently or better in certain moments.

Sinner’s fan club is growing. Roger Federer, who shares with Nadal the record for men’s Grand Slam singles titles on 20, has commented on his notable strength, speed and ball-striking off both the forehand side and with the double-handed backhand.

And Djokovic also highlighted the emerging talent as having the ability and desire to be a future champion and make a real and indelible mark on tennis.

Sinner was an Italian national champion level junior at skiing, winning a giant slalom category at the age of eight, and rated as one of the leading prospects until he was 12. But a year later he committed to tennis, a decision that given his rapid development is already looking a good call.

Raised in a largely German-speaking town right next to the Austrian border in Northern Italy, Sinner is in good company. Serbia’s Djokovic also came from a skiing background and has previously claimed that some of his balance and lateral movement on court has been hugely helped by his time on the slopes. 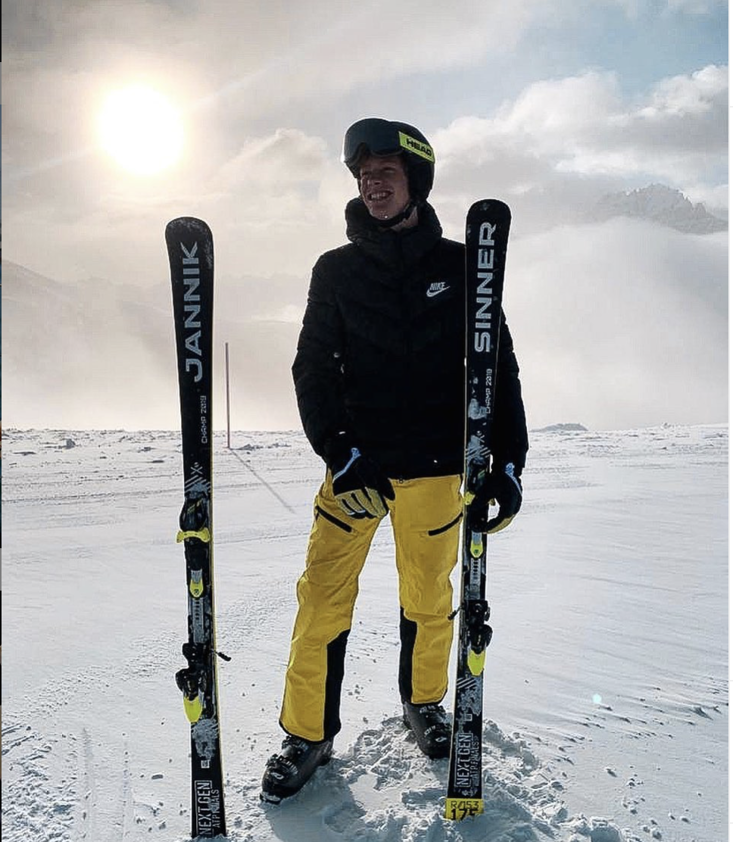 The teenager, a late developer who did not play the junior Slams, said, “They are two very different sports, but balance is very important in both of them so I can understand why Novak said it helps his tennis. Something else is that if you think a bit less in tennis, that is a help, and when you are racing, it is better you don’t think so much either and just do it naturally.”

Off court Sinner has made more headlines as one half of an Italian golden couple with model and social influencer Maria Braccini, though his coach Riccardo Piatti stated not entirely convincingly about the relationship, “Jan thinks only about his tennis.”

Sinner said, “We are together since last September, she’s a very quiet girl, she doesn’t put any pressure on me. She knows what an athlete needs, and that sport is my top priority. Distractions? It is very possible to have a relationship doing my job.”

The Italian women players have had recent success in Grand Slams, with Francesca Schiavone – now retired as a player and happily back coaching after bravely battling and beating cancer – having won the French Open in 2010, and Flavia Pennetta beating compatriot Roberta Vinci in the 2015 US Open final.

But the drought without a similar Slam triumph for the men is now a very long one – and given the failure of the brilliant but erratic and explosive Fabio Fognini, now 33, to make a serious impact in the ‘Big Four’, Sinner represents the best chance for a generation to end that winless streak.

On Wednesday afternoon Sinner showed huge reserves of character and belief that will stand him in good stead, as he came from a ‘bagelled’ set down in a first-round match in Lyon, which was disrupted by rain and a storm, to beat Russia’s always awkward world No25 Aslan Karatsev 0-6, 6-3, 6-4.

It was also some sweet revenge for Sinner, who lost to the same opponent in Dubai in March in three sets after being a set up.