Think boxing excuses are getting wilder and Wilder? Think again. Pugilists have provided pathetic pleas for pity after humiliating defeats yonks before the 'Bronze Bomber' Deontay Wilder lay the blame for his recent loss to Tyson Fury on exhaustion from parading his own 40lb, $31k custom-made, LED-flashing costume for his preliminary ring-walk.

Wilder conceded his WBC heavyweight title to the Gypsy King for the extravagance. Refusing to take any of the blame himself (including the naive decision to wear the outfit in the first place), Wilder also swiftly dismissed his trainer Mark Breland, the man who threw in the towel and provided Fury with Wilder’s belt. But at least the Alabama fighter finds himself with these other recognisable names to provide dubious justifications to disguise their own failings.

Aeons before the Grill, there was George Foreman’s blockbuster bout in Kinshasa with Muhammad Ali, dubbed with a tagline heard the world over, The Rumble in the Jungle. 21 years after his loss to 'The Greatest' in Zaire in 1974, Big George claimed the most Shakespearan of excuses: betrayal.

Foreman was knocked out by Ali in the eighth round, thanks in part to the Louisville fighter's infamous rope-a-dope technique, in an event estimated to have been watched by one billion people across the globe, but it was one particular person that Foreman stood in the dock. During the fight, Foreman spotted a close friend of his cheering for his opponent, bemusing and distracting him, and leading Ali to have free range with the flurry of blows that made him drop to the canvas. Et tu Brute?

Remember that volcano in Iceland that you struggled to pronounce the name of back in 2010? The one that caused global chaos by having the indecency to erupt and send a mass ash cloud into the air?

Froch at least had the decency to concede that his excuse for defeat to Mikkel Kessler might fall on deaf ears, with the ash plume having threatened his travel plans, forcing him into a binge unfitting of championship fighting fighter.

“There’s nothing more boring than listening to excuses but I should have been better. If that volcano hadn’t put up all that ash in the air,” Froch told the Evening Standard, “My flight was cancelled so I had a barbeque and ate some burgers and fizzy pop.”

Froch would have his revenge over Kessler three years later at the 02 Arena. It wasn't just the Nottingham fighter who rued the eruption of Eyjafjallajökull a decade ago either, Blackburn Rovers were also hampered in their pursuit of Poland striker Robert Lewandowski because of the ash. Whatever happened to him? 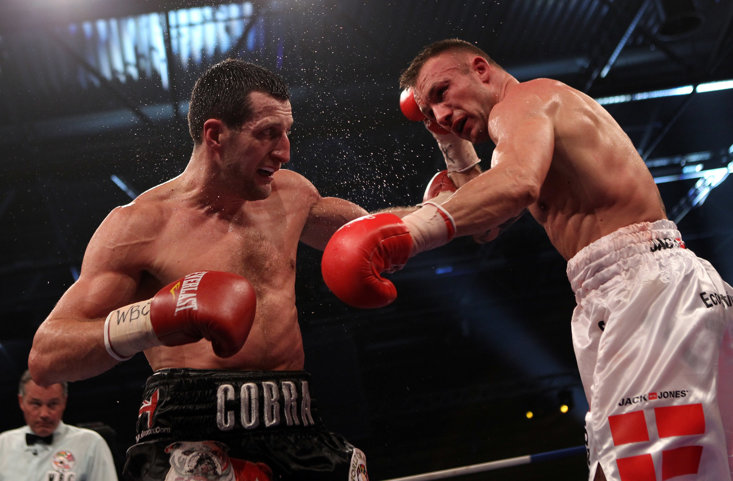 Sergio Martinez is widely regarded as the winner in this 2009 bout, which ended in a controversial draw to the bemusement of pretty much everyone watching. It was Cintron ‘The Killer’, however, who provided the audacious excuse, saying that Martinez’ choice of hair products put him off from sealing a win.

"I’d like to get a rematch against Sergio Martinez. Some people disputed the draw. Look, the guy wore so much hair gel and moose [sic], that the fumes were making me dizzy. And I still managed to put it on him on only 4 weeks’ notice. Let’s clear the air for good. With an eight week camp, I knock him out. Simple as that!"

Unfortunately, they never met again in the ring, with Martinez retiring in 2015. Oh well, you know what they say about a boxer’s career: hair today, gone tomorrow.

David Haye had the high of claiming victory over 7ft man-mountain Nikolai Valuev for the WBA heavyweight championship in 2011. A little under two years later, Haye became a laughing stock for blaming his pinky toe for losing his heavyweight unification fight with Wladimir Klitschko.

Haye was adamant that he had been blighted by the injury, which ultimately cost him the bout, even standing up on stage in the post-fight press conference to direct attention to his foot. The excuse lead boxing promoter Frank Warren calling the Brit a cry-baby. 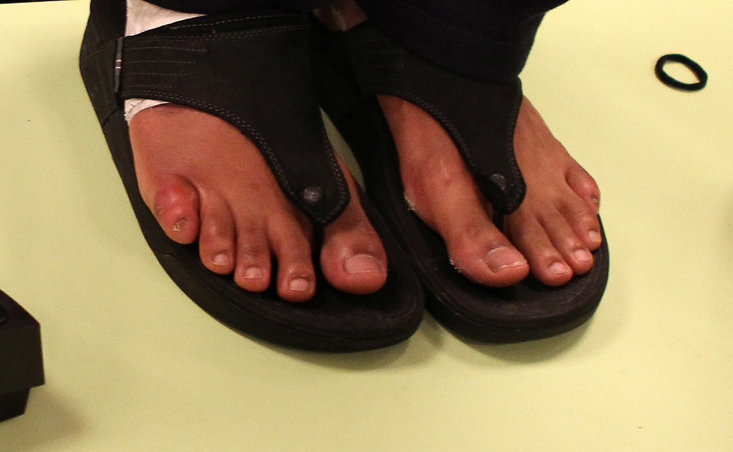 Chris Eubank came into this fight undefeated in 43 bouts, cocksure, confident, commanding. However, the Brit was spooked by the deviousness of the 'Celtic Warrior' Steve Collins and businessman Tony Quinn in March 1995. In a pre-fight press conference, Quinn informed the room that he had hypnotised Collins and that it would make him punch and battle harder, better, faster, stronger.

“I don’t know what I’m dealing with tonight. I’m fighting someone that has been mechanically altered and that’s an unknown area. I shouldn’t be put into this situation.”

Incredibly, we guess the tactic worked, as Irishman Collins defeated Eubank by unanimous points decision. The day after St. Patrick’s Day. In Ireland.