Football
News
Today marks what would have been the legendary manager's 100th birthday
Matthew Crist
07:00, 05 Oct 2022

One-third of the legendary Scottish managerial trio: what Bill Shankly did for Liverpool and Matt Busby for Manchester United - Jock Stein more than matched for Celtic.

Born the son of a miner on October 5, 1922, in the village of Burnbank: John Stein’s playing career made few headlines, but what he didn’t achieve on the pitch he certainly made up for in the dugout.

Stein left school at the age of 14 and after a brief time working in a carpet factory, he followed in his father’s footsteps and became a coal miner.

It was a job he would combine with his great passion in life - working down the pit during the week and playing football at junior level for local club Blantyre Victoria on weekends.

Tall and well built, Stein was a fearsome centre-half and earned the reputation of being a solid defender, though his playing career was not what he’d be remembered for.

After moving to Albion Rovers in 1942 and after a brief spell at Welsh club Llanelli, he signed for Celtic in December 1951, helping them to a league and cup double in 1954 before being forced to retire just two years later through injury.

Stein stayed on at Parkhead and joined the coaching staff but despite an obvious talent for nurturing young talent, his pathway into management was blocked, not by his ability on the training field, but because of his religion. 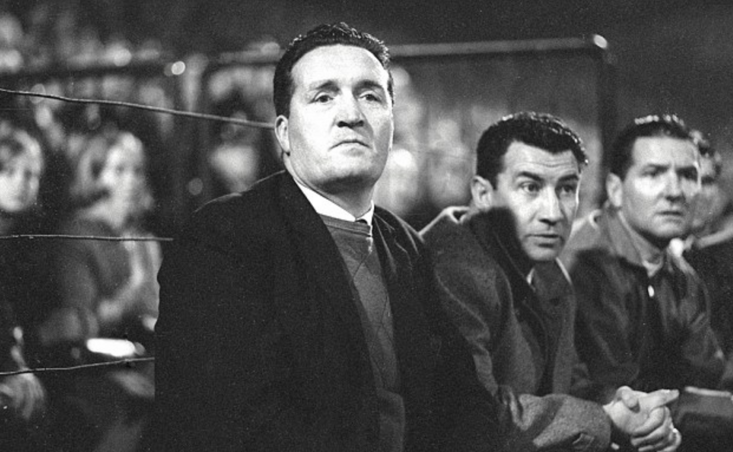 “I was a non-Catholic. So the chairman Robert Kelly thought I had gone as far as I would expect to go at a club like Celtic,” Stein later revealed before leaving Celtic to join lowly Dunfermline Athletic.

In his first managerial role, he transformed the struggling side’s fortunes and, as well as avoiding relegation, led the Pars to Scottish League Cup success after beating his old club Celtic in the final at Hampden Park.

After leaving Dunfermline, Stein enjoyed a short spell with Hibernian before heading back to Celtic who, by now, were prepared to overlook his religious upbringing and make him their new manager and in his first season in charge he won the Scottish Cup – the club’s first major trophy since 1954.

The 1965/66 season would see Stein take the Hoops’ to their first Scottish League championship for 12 years - the first of nine successive titles - defeat Rangers in the League Cup final as well as reach the semi-final of the European Cup Winners’ Cup.

But it would be on the evening of May 25, 1967, that Stein would write his name into Celtic folklore when his side defeated Inter Milan in Lisbon to become the first British side to lift the European Cup; an incredible achievement made even more astonishing seeing that all but one of the 11 players that night grew up within a few miles of Parkhead. 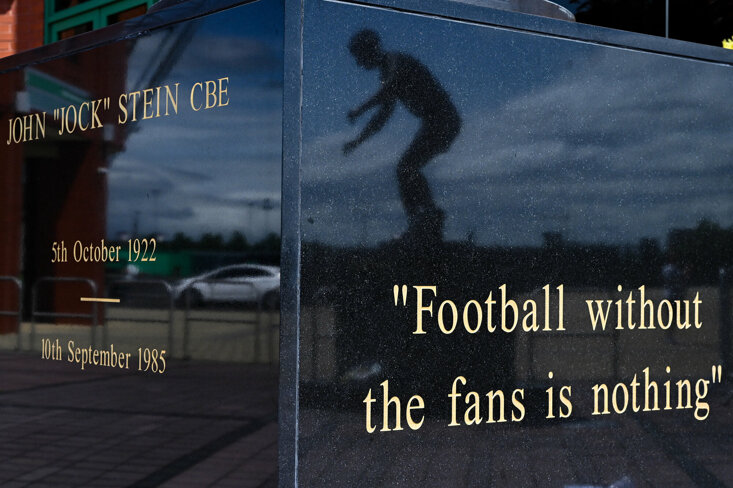 He subsequently stepped down as manager of Celtic in 1978 to be replaced by his “Lisbon Lion’s” skipper Billy McNeill before, after a brief stint as Leeds United boss, he was named Scotland manager following the 1978 World Cup.

He led Scotland to the 1982 World Cup finals in Spain after a stunning qualification campaign saw them win their group having only lost one game, though his side would fail to make it past the group stages.

Tragically, that would be the only time Stein managed Scotland at a major tournament as, during a qualifier with Wales in Cardiff September 10th, 1985, Stein suffered a massive heart attack and died in the dressing room moments after the game; with Scotland eventually qualifying for the following summer’s World Cup in Mexico under the guidance of Alex Ferguson.

As a so-called “tracksuit” manager, Stein was a part of the revolutionary approach to football management; winning 25 major trophies during his 13 years as manager of the Hoops - as well as making Celtic the greatest club in Europe.

But he will also be regarded as a pioneer who charted a path for the likes of Matt Busby, Bob Paisley, Brian Clough, Joe Fagan and Alex Ferguson to follow - achieving European glory with British sides in the years that followed.