Firstly, let me start by congratulating my weighing room colleague Brian Hughes on reaching his fastest ever century of winners in a season. A great achievement. Whilst my racing week wasn’t quite as exciting as Brian’s, I too have had a busy week.

The horses are generally running well but I only managed to pick up the one winner in a horse called East Street for Sue Smith and the late Trevor Hemmings. It is always great to ride winners in Mr Hemmings’s silks. Whilst East Street ran very green throughout the race, he showed real toughness to stick his neck out and win. He certainly looks to be a nice horse for the future.

This Saturday sees an enormous amount of jump racing. Four meetings to be precise, with the quality mostly restricted to Newcastle and Newbury. With the Rehearsal Chase and Fighting Fifth Hurdle at Newcastle and the Ladbrokes Trophy at Newbury.

I ride Tresnish for Sue Smith here. He needed his last run but is stepping up in trip so isn’t guaranteed to stay but any rain will aid his chance.

We are still learning about Coolbane Boy who will be having just his second start for us since switching from Ireland. He was running a nice race last time out at Musselburgh until making a mistake three out but I’m not sure if he will appreciate the forecast rain.

I have last year’s Scottish National 2nd Dingo Dollar to ride in the Rehearsal Chase. After proving that stamina is no issue I slightly feel as though the 2m 7f trip at Newcastle may not be far enough to bring out the best in him but with rain forecast I can only hope the race turns in to a stamina test. Dingo Dollar’s stablemate, The Ferry Master also runs in the Rehearsal, he equally needs the stamina test but wouldn’t be best suited by soft ground. 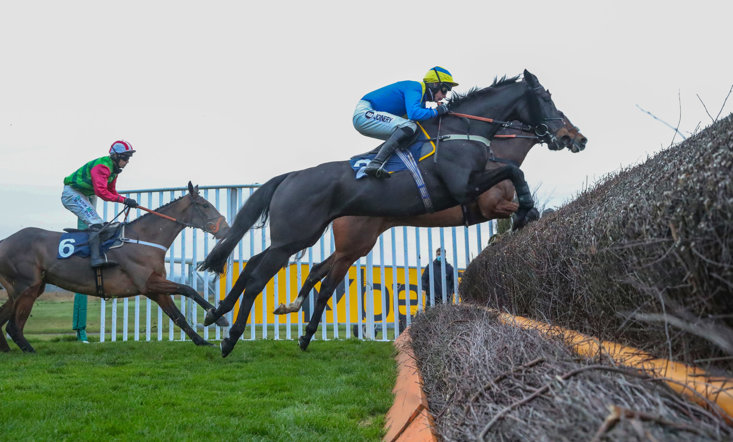 The huge benefit to him is that he only has to carry 10 stone. Aside from the two Sandy Thomson trained runners it is a tricky race to work out, filled with talented horses but most have question marks to answer. Each way pick would be Informateur, trained by Sue Smith. I know the horse well and if the rain comes and he stays the trip then he won’t be far away.

No matter what Donna’s Double does this weekend, he is a lovely animal to have in the yard. He has schooled great, so we are just hoping for a clear round and something to build on with his whole career ahead of him.

The Fighting Fifth Hurdle looks a three-horse race between the top three in the market. Whilst I would love to see Sceau Royal win he is certainly up against it taking on a very progressive 4yo in Monmiral and a Champion Hurdle winner Epatante. However, this race has thrown up a few surprises in the past which makes it a very exciting race to watch. 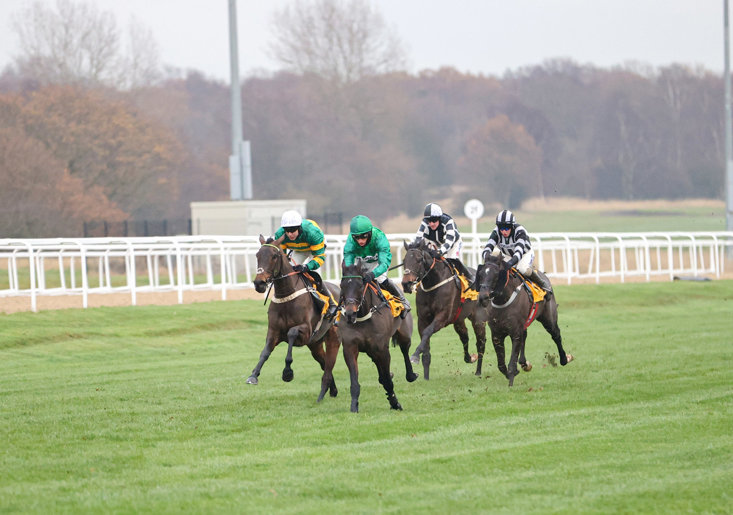 The Ladbrokes Trophy down at Newbury looks set to be dominated by the Irish. They have the top two in the market and it’s that winning combination of Henry De Bromhead and Rachael Blackmore that are sitting favourite at the moment with Eklat De Rire. However, I’m going to side with a British horse Fiddlerontheroof. Colin Tizzard’s horses are flying this year and there was a lot to like about this horse’s win at Carlisle last time out.

*All odds supplied by Betfred | 18+ | BeGambleAware